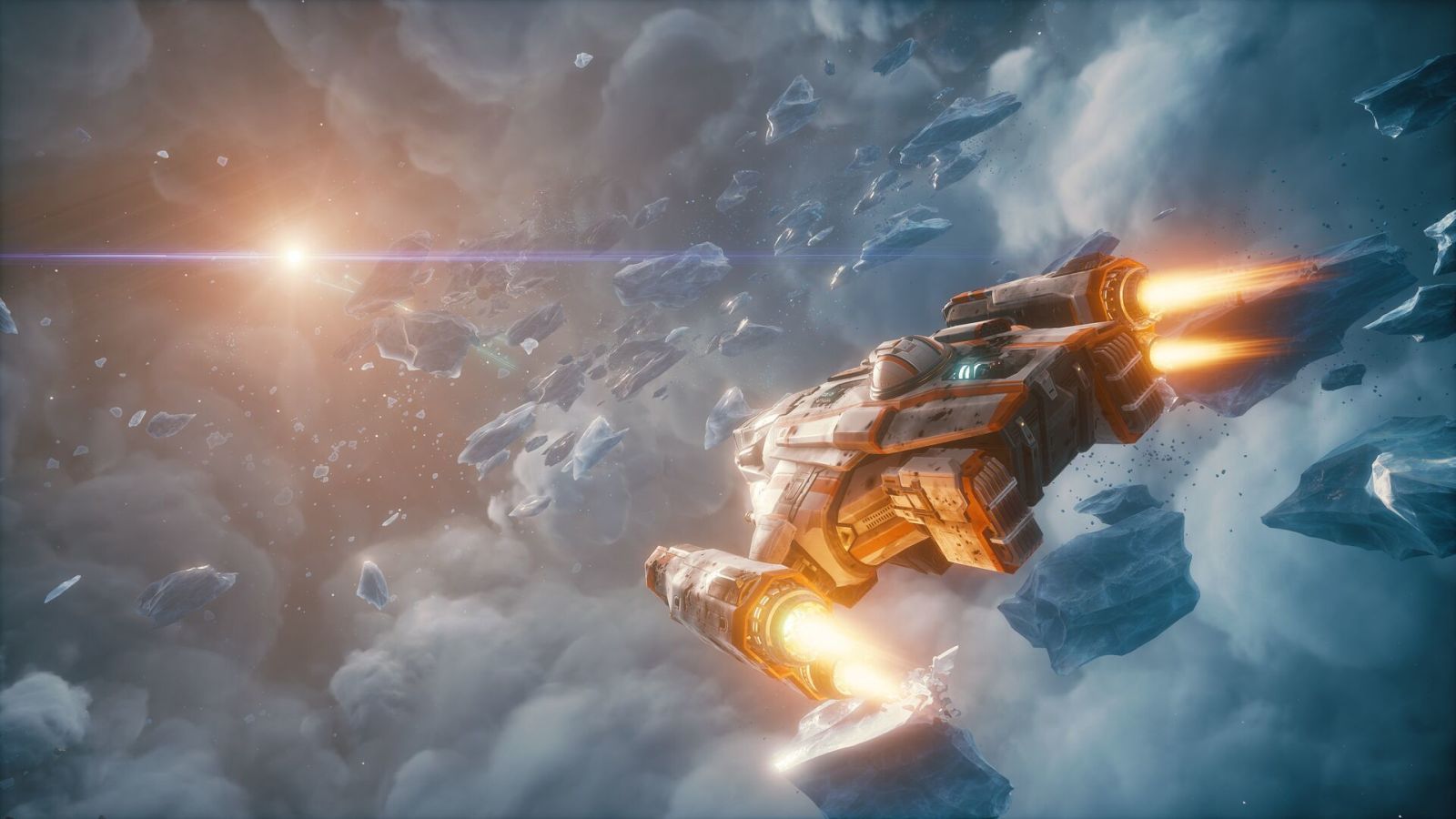 Once upon a time, in a galaxy not that far away, space games were prevalent, and life was good. It was soon after that the darkness came, bringing multiplayer-focused games devoid of story and game companies declared that “nobody was interested in space games.” Well, they couldn’t be more wrong. As we move into a second space game renaissance, we’ve finally gotten our hands on one of my most anticipated: Everspace 2. Sequel to Everspace, obviously, this one looks to take a completely fresh vector for the series, moving away from the roguelike approach of its predecessor and towards a single-player story-driven experience. I’ve recently gotten my hands on a pre-Early Access version of the game and am happy to report that, with more than a year’s development ahead of the Rockfish Games team, Everspace 2 is already shaping up to be exactly what I hoped it could be.

On January 18th, Everspace 2 will come to Early Access, but don’t let that give you the impression that it’s a collection of early concepts without a focus. In point of fact, there are easily two dozen hours of gameplay offered here. If you enjoyed Wing Commander: Privateer and Privateer 2: The Darkening, you might find yourself simply drifting around hunting down pirates and scoring resources — this game is already hitting all the right notes, and being an open world, the choice is yours.

At its heart, Everspace 2 is an open world looter-shooter RPG, and there are plenty of core elements to back up my claim. As you can see in the first 15+ minutes of the game, you find yourself on the ragged edge of the universe having to rebuild your ship, base, and resources while on the run. How you get that done, however, is up to you.

There are several core elements that quickly emerge in Everspace 2: exploration, mining, building your ship, solving environmental puzzles, taking down pirates and snagging their ill-gotten gains, or even becoming a pirate yourself. Each path is viable, and all of them help push the single-player narrative forward. You’ll even meet some friends along the way.

Graphically, Everspace 2 is a triumph. It seems like Rockfish is giving us near-final art assets already, and they are slick. All of the ships and stations are highly detailed, with the explosions and particle effects being a real high point. Check out the videos for a spoiler-free look at them for yourself. Between missions, you’ll frequently get cutscenes that expand on the story in a moving comics sort of way. Most of your time is spent in the cockpit, but these do a great job of making you care about what’s happening in between dogfights.

An RPG and Looter Shooter in one.

One of the best things about Everspace 2 is its controls. Mouse and keyboard controls feel very responsive, allowing you to strafe, dodge, roll, and otherwise gun your way to victory. Switching to a controller is a good middle ground, providing precision controls via the analog sticks, bumpers, and triggers for a more immersive feel. All that said, the absolute best and most immersive experience comes from hooking up a Hand On Throttle And Stick, or HOTAS controller. At the start of Early Access there are only the 10 most popular HOTAS setups, including my own, a Logitech G X56, with more coming as development progresses. Jamming the throttle forward and watching my ship roar to life, whipping around and through asteroid fields and ship debris is fantastic with a HOTAS setup. Lining up a shot and squeezing off rounds with my autocannon only to finish an enemy off with a dumbfire missile as we hurtle towards one another in head-to-head combat is never going to get old. Rockfish clearly spent their time making sure the controls in Everspace 2 were right and tight for Early Access. 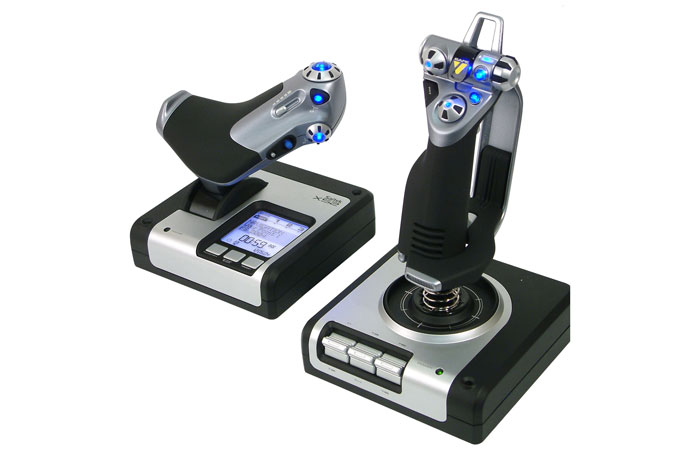 The absolute best way to play.

Combat in Everspace 2 is a brutal and high-speed affair. Facing off against a single enemy isn’t that much of a threat, most of the time, but foes tend to travel in packs. Being flanked from all directions while a larger corvette cuts you to ribbons if you stray too close can make an otherwise easy combat end decisively. Once you zip past the tutorial sections of the game you’ll find missions in all directions, and each one is ranked based on risk and reward. Of course, that doesn’t take into account any dangers you might encounter on your way to the mission, so plan accordingly.

I was surprised to see a great deal of complexity in enemy behavior this early in development. Each enemy ship type has specific offensive and defensive behaviors. Enemies don’t simply fly directly towards you, instead they’re flanking, circling, and working together to make life difficult. Drones provide supporting fire for piloted fighters, and both offer cover for bombers. Each ship already feels unique, and that’s amazing given how much development time remains. As your own hangar of ships grows, ship choice becomes increasingly important. It makes the progression more than simply stat growth.

As you make your way through the universe, you’ll uncover better gear. With a loot system not unlike any RPG, you’ll find gear from vendor trash to legendary items scattered around the starsystem. Uncovering it, however, is where the puzzle elements of Everspace 2 come into play. While flying between systems I stumbled upon a derelict ghost ship. Upon investigation, I found the husk of a semi-destroyed ship adrift, but still powered. If I wanted to get access to the cargo inside, I’d have to figure out how to deactivate its shields. In the video below you’ll see how that works — a small taste of some of the Descent-like gameplay on offer here.

One of the other features I was happy to see supported by Rockfish Games is virtual reality. Firing up my VR headset, I was greeted with a large theater-like presentation with the game being “projected” onto an IMAX-like panel in front of me. I couldn’t find a way to get up close and personal (unless I’m missing something — let me know if I am!) so the immersion of VR feels meager for the launch of Early Access. That said, with 12 months or more of active development ahead, it runs remarkably smooth and without any issues with nausea or motion sickness.

With just the first two star systems available, I feel like I’ve only scratched the surface of Everspace 2. The team’s Kickstarter and development-in-the-open approach is sure to bring a lot of great changes before the game ships in the first half of 2022, but if what I’ve seen so far is any indication, this game is set to be one of the best space games we’ve had in a very long time.