Today, Necrosoft Games announced that the tower defense game Gunhouse will head to PC via Steam on February 4. The game will also have a price drop for all previously released platforms, down to $6.99.

As the caretaker of an orphanage, you create ammo blocks to feed guns and special weapons on your house. Then the tower defense phase begins, and you must defeat waves of alien creatures that are trying to steal your orphan children!

The puzzle system takes some time to learn, but once you do you’re greeted with 30 waves of story-based campaign, followed by literally infinite waves of increasing difficulty until you can’t stand it anymore. New weapons and health upgrades can be purchased with in-game currency, no in-app purchases.

The survival mode makes things even tougher (can you last longer than 15 minutes? We doubt it!), and difficulty has been specially tuned to be tougher for this PC release. We’ve also updated the tutorial, made sure keyboard, controller, and touch are all supported, and the whole thing runs at a smooth 60 fps. 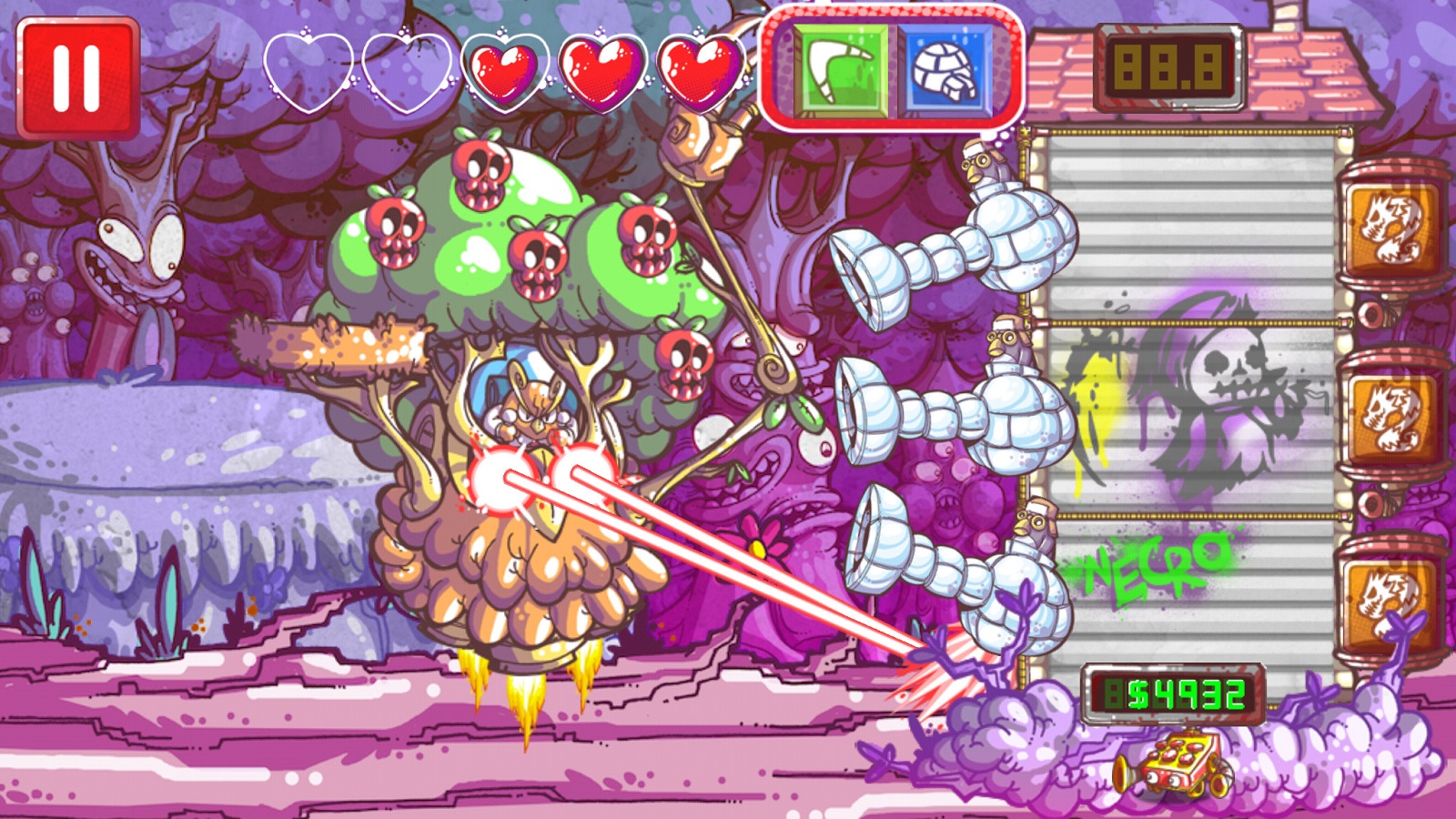 Gunhouse originally began its life on Sony’s PlayStation Mobile platform for Vita, and became a pack-in game for some PlayStation phones. We subsequently brought the game to Switch, mobile, and then PS4 and Vita proper. In fact, it was the final Vita game on the PlayStation Plus program.

We had a successful physical release on PS4/Vita through Limited Run, including a cassette tape soundtrack, and figured PC was the next logical step.

Notable people on the team include composer Disasterpeace (Hyper Light Drifter, Fez), designer/writer Brandon Sheffield (Street Fighter 30th Anniversary Collection, Indivisible, Sine Mora EX), and coder/designer Jim Crawford (Frog Fractions). The art is all hand-drawn with ink on paper, then scanned into a PC for coloring and texture. We have hundreds of pages of art for this thing!