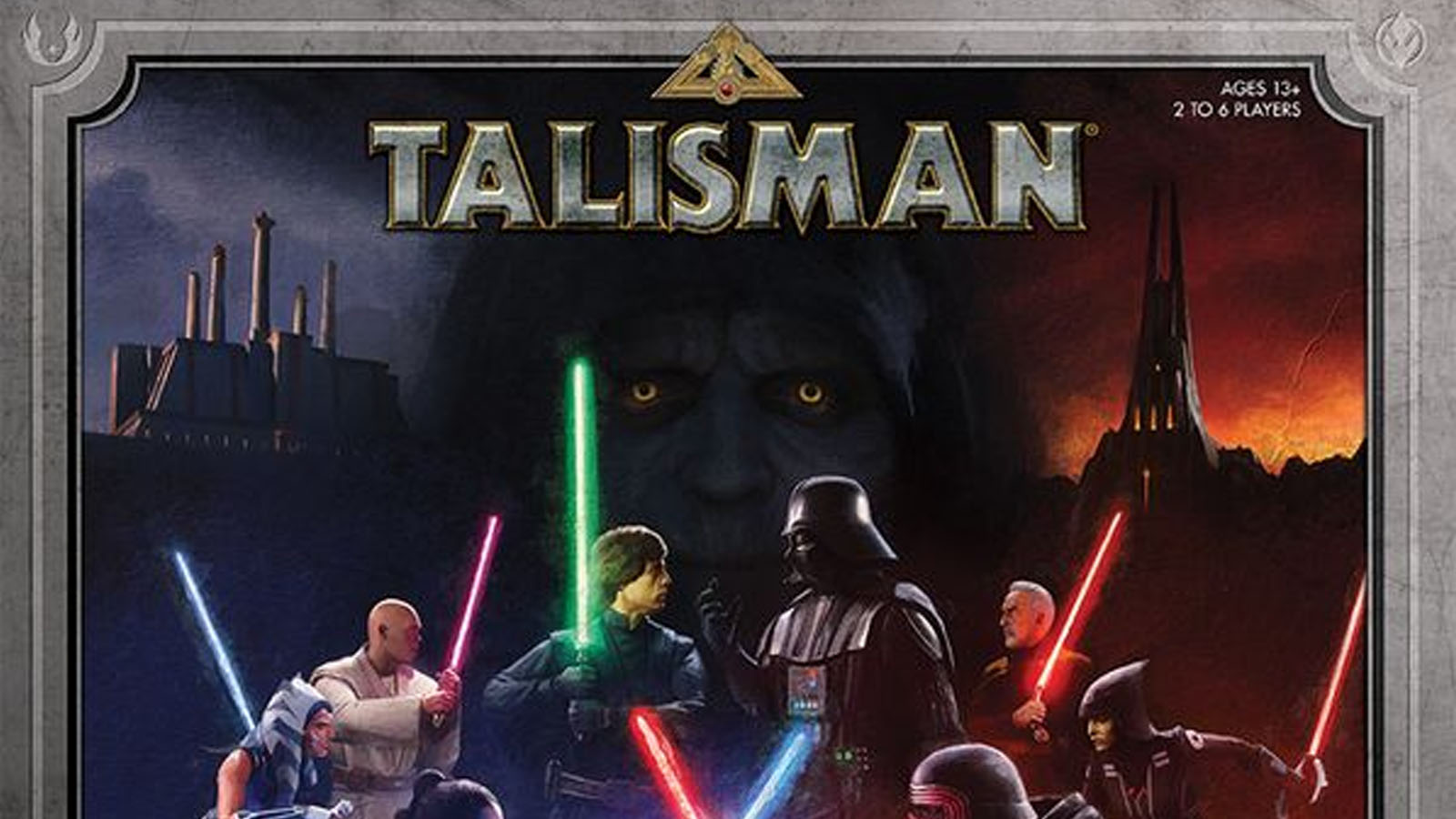 Usaopoly (The Op) is excited to announce their newest game in partnership with Games Workshop, Talisman: Star Wars. This will bring the roll-and-move game to their galaxy from far, far away that they enjoy. This new experience for 2-6 players is scheduled to be released this fall and will retail for $59.99.

Explore the Star Wars galaxy through memorable characters, places, and events from every era within the setting of a critically-acclaimed tabletop game franchise.

Available in European, Middle Eastern, and African regions, Talisman: Star Wars allows players to compete in a circuitous race to reach Emperor Palpatine, collecting items of power along the way to confront the all-powerful Sith Lord or stand beside him as an evil apprentice! 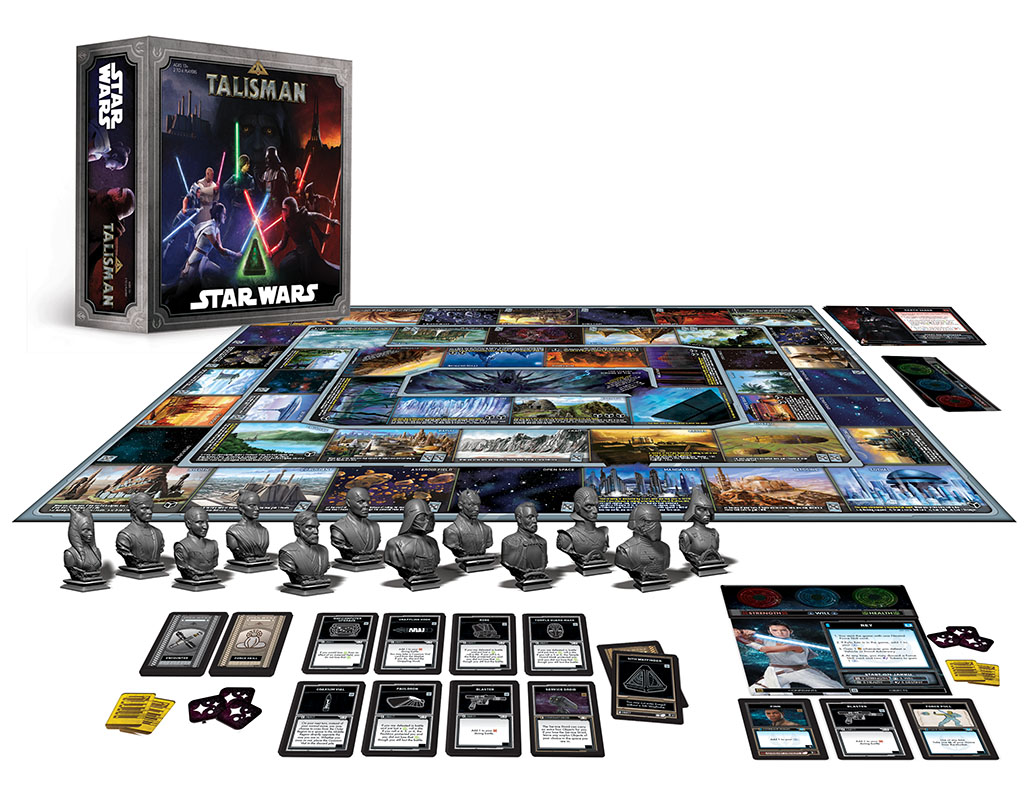 Adventurers can choose from 12 playable characters to charge their way into the inner rings of the galactic gameboard. Luke Skywalker, Darth Vader, Rey, Kylo Ren, Count Dooku, and Obi-Wan Kenobi are among the custom sculpted game pieces true to every beloved Talisman game.

This collaboration developed by The Op and Games Workshop will join the ranks of the Disney Kingdom Hearts edition of Talisman launched in 2019. It is also their second Star Wars themed game, following the cooperative card and dice game Star Wars: Dark Side Rising, which recently garnered excitement and praise from fans at DISTOY and UK Games Expo 2019.

For fans of the Talisman series this new setting opens up even more possibilities to explore. Stay tuned to Gaming Trend for all your tabletop news.