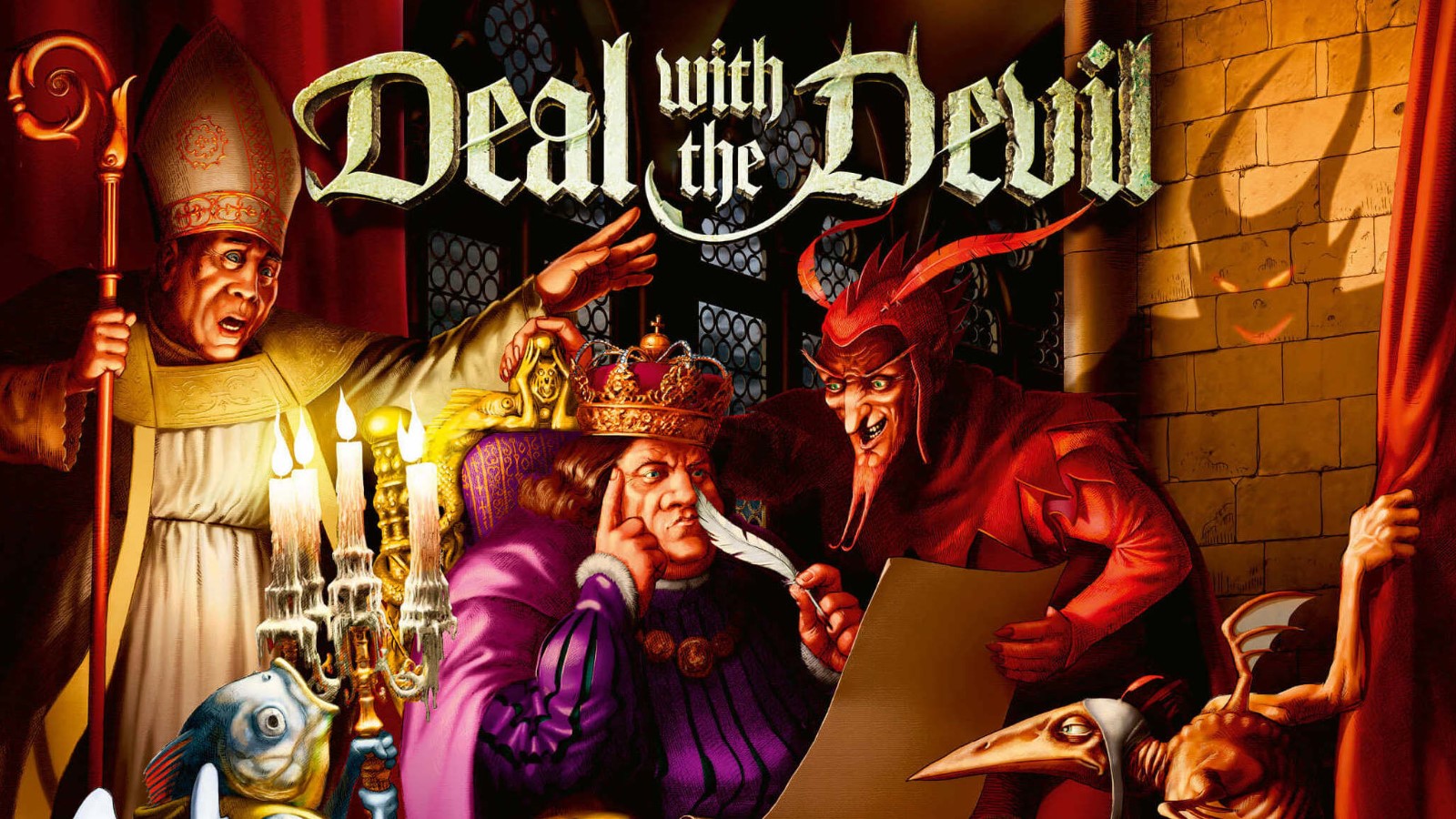 Deal With the Devil, a new euro-style game from Matúš Kotry, author of Alchemists, will release in Europe in October 2022 and later this year in the United States. Deal With the Devil is a four player game where players will compete to construct grand buildings in a medieval city. Players will need to make deals with other players, exchange resources, and participate in a fierce competition to build the best city. You can learn more below:

Introducing Deal with the Devil, the new euro-style game from Matúš Kotry, author of Alchemists. Europe release in October 2022, getting to the United States later this year.

In this 4-player game, players will compete to construct grand buildings in a medieval city. The key to success is to make smart deals with the other players, offering them things they really need in exchange for the resources you need, even if that means selling pieces of your soul to the player who is secretly the devil!

Thanks to the simple app, all identities and trades are kept secret, and nobody really knows who is who…

A spectacular medieval city awaits your construction, but will carefully managed loans be enough to outpace your rivals? Wouldn’t you rather have unspeakable wealth to build important buildings and boost the city right away? What’s the price for such extravagance, you might ask? Oh nothing more than a piece of your very soul…

Take care, however. Others may notice you are missing this precious piece of self. Moreover, some seek to punish such shamelessness! Risk or reward, the choice is yours.

Deal with the Devil is a deeply thematical euro game set in a fantasy medieval era. Each of the four players takes on a secret role of a mortal, a cultist, or even the devil. Due to the asymmetrical roles, players experience the same game but with different game goals every play.

During the blind trading phase, players can offer their resources in exchange for money from another player. The Devil will tempt mortals with goods for a piece of their soul, while the cultist’s nature is to sell his soul easily. Only the accompanying app knows who is trading with whom.

But beware! Showing off how well you are doing can attract unwelcome attention and the suspicion of other players. It also may pique the interest of the Inquisition, which is eager to punish those who cannot prove their souls remain intact.

There are many dynamic strategies to experiment with across each playthrough. Will you sell pieces of your soul early-on to boost your city-building prowess at the risk of future punishment from the Inquisition? Or will you carefully manage loan and debt repayment while waiting for others to inadvertently reveal their nefarious nature? Every choice has a consequence, and each role has its own unique strategic approach to explore.

Gain a chance to win Deal with the Devil or other new game titles on our new BGG contest starting on Friday, July 22nd.

If you are going to Gen Con in August, you can enjoy a first look at the Deal with the Devil prototype in CGE room n. 235.

The planned release for Europe is Essen Spiel 2022 – October, followed by the United States later this year. The recommended price will be €/$69.95.

Meanwhile, please subscribe to the Deal with the Devil’s page on Board Game Geekfor more updates and content, including an interview with the designer, game art, etc.