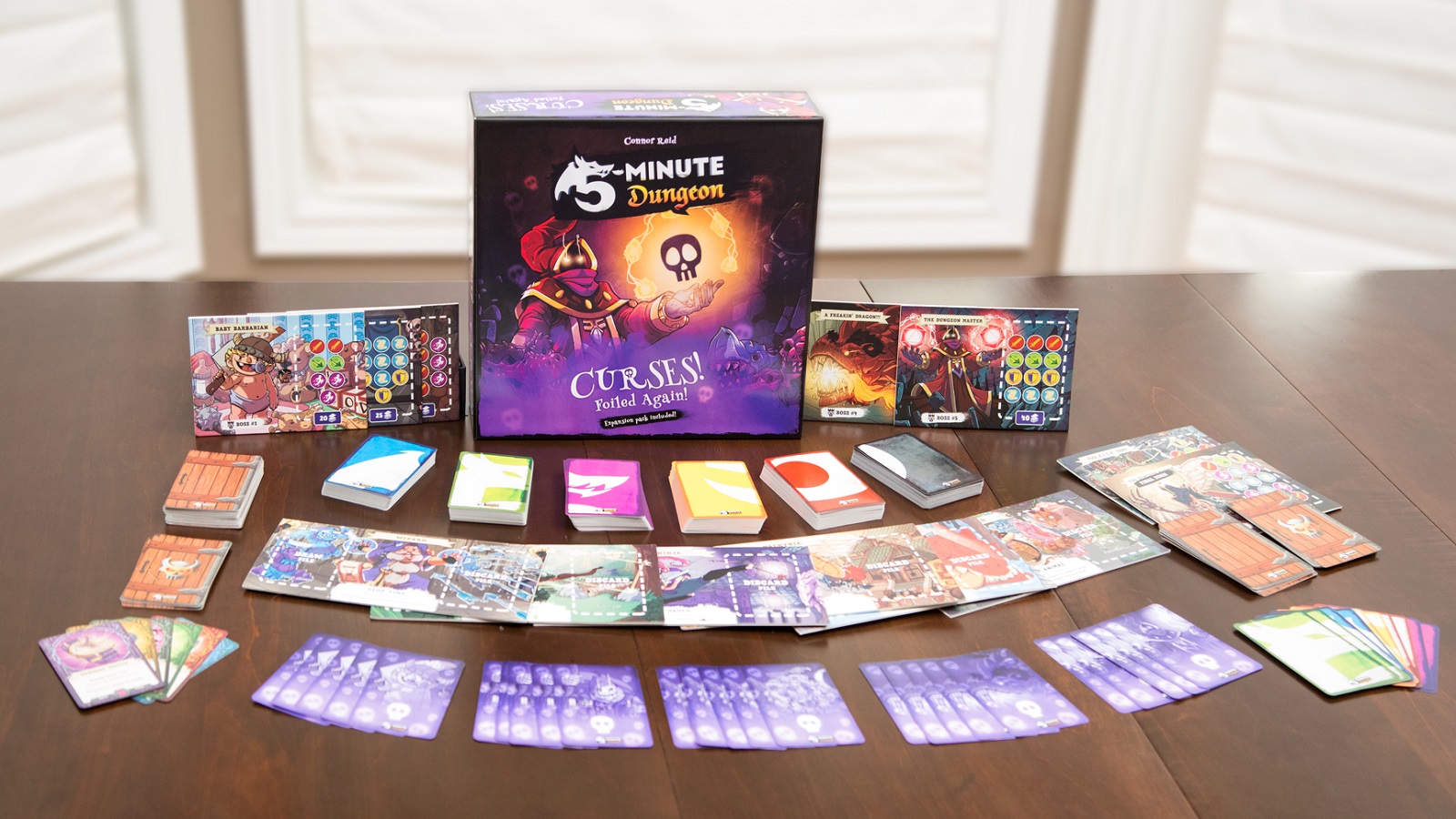 Wiggles 3D Games has announced that it will release its Kickstarter campaign for a new expansion of its recent tabletop game 5-Minute Dungeon on May 22. Entitled Curses! Foiled Again! the expansion will include new cards which will allow up to six players to play as well as some other new items.

In this game, you’ll join forces with your friends to fight your way through five dungeons filled with deadly obstacles and dangerous monsters! You’ll choose to play as one of ten heroes, each with their own special cards and abilities.

In 5-Minute Dungeon, there are no turns. Everybody will be racing against the clock to slap down symbols that match the current card from the Dungeon.

You’re all in it together—either your party defeats the dungeon and moves onto the next one, or you all perish!

The new card types are as follows:

For those that have backed the previous Kickstarter, you can pick up the expansion for only $20 CAD or pick up a standalone big box for $50 CAD. We will update the article with a Kickstarter link once it goes live. Stay tuned for more news here on Gaming Trend.