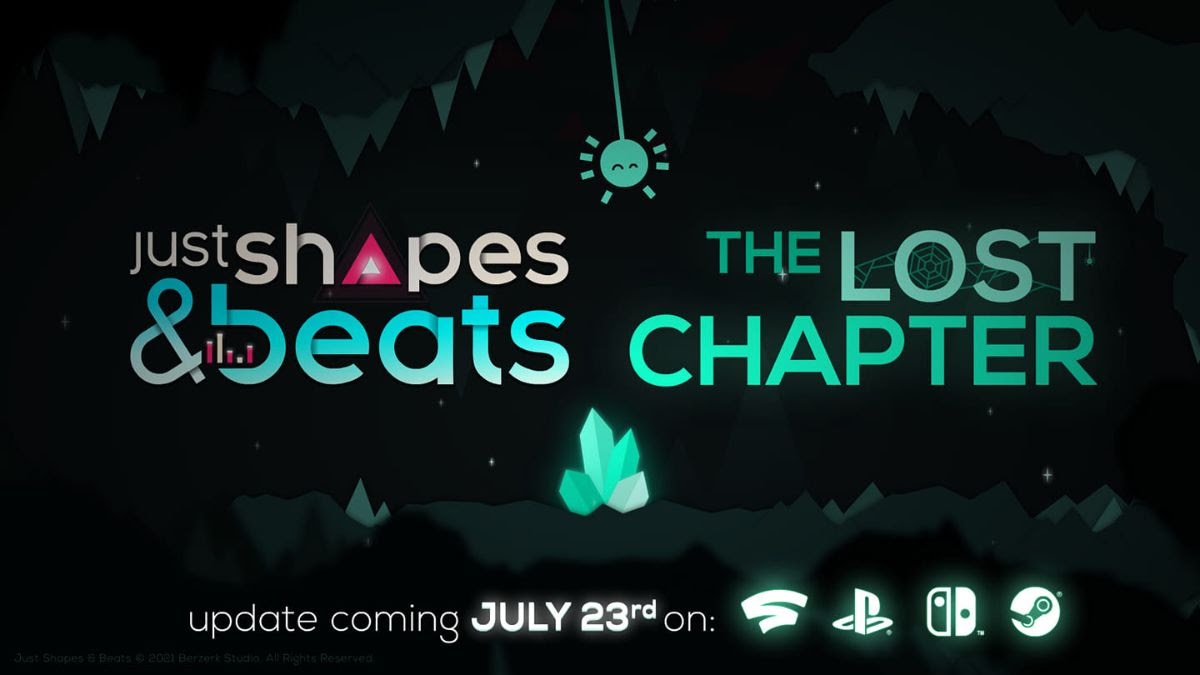 What, you thought critically-acclaimed rhythm game Just Shapes & Beats was finished up after three years? Berzerk Studio is here to prove you wrong as it just announced that a new update for the game is available now for PlayStation consoles, PC, Nintendo Switch, and Google Stadia. Entitled The Lsot Chapter, the update will include five new songs, the highlight of which is a boss battle set to Shirobon’s remix of the Spider Dance song from Undertale.

Just Shapes & Beats, the highly acclaimed musical bullet-hell from Quebec-based indie developers Berzerk Studio receives a new update today that completes the initial full vision for the game’s story mode. This update contains a previously lost chapter to the story-line that could not be included in the original release for reasons. With the inclusion of The Lost Chapter, fans can now enjoy an expanded story-mode playthrough with 5 new tracks, including an all-new boss fight set to a remixed version of Spider Dance from Undertale.

The 5 songs include a mix of well known artists and newcomers to the roster of contributors to the game such as F-777, MDK, Kommisar and Shirobon. Written specifically for the update, Shirobon’s Remix of Spider Dance, from the cult favorite Undertale, will serve as the music for an all-new boss fight.

As with all previous updates to the game, owners of Just Shapes & Beats will receive The Lost Chapter for the additional low low price of nothing, able to be unlocked upon launch.