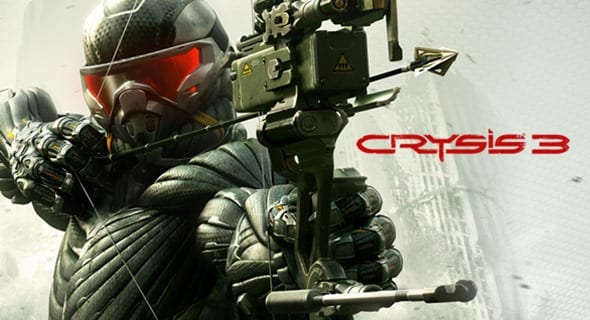 will get a free copy of the original Crysis for Xbox 360, PS3, or PC.   Yep…free.    Not enough?   Fans who pony up the extra and pick up the Crysis 3 Hunter Edition will get a headstart in multiplayer with access to the Predator bow and the Hunter Nanosuit module!   Check out what Cevat Yerli, CEO of Crytek had to say about the legacy of this series:

The release of Crysis in 2007 was truly a watershed moment for first-person shooters and raised the bar on cutting-edge visuals and gameplay and we could not be more thrilled to include the original game as a pre-order bonus.  Building upon the framework laid by the previous games, Crysis 3 offers unparalleled tactical freedom as players experience New York City’s Seven Wonders and adapt to the truly unique challenges they present. By blending the best elements of the series so far, we’ve created an action experience that we believe will blow fans away.

The game looked amazing when I saw it last, with everything you come to expect from Crysis 2 amped up quite a bit.  We actually interviewed the folks from Crytek but the show floor was so nuts at E3 that you couldn’t hear a thing.   Oh well, we’ll be able to tell you all about it soon enough – Crysis 3 ships to shelves on February 28th, 2013 on Xbox 360, PS3, and PC.  Check out the video below for all the detail:

Preorder Crysis 3, get the Original Crysis