Humankind is developed by Amplitude Studios and published by SEGA.

Humankind is a convergence of culture, history, and values that allows you to create a civilization that is as unique as you are. You’ll be re-writing the entire narrative of human history (…no pressure) from its humble beginnings in the Neolithic Era, as you set out to leave the biggest mark on the world.

To create your unique civilization, combine 60 historical cultures from the Ancient, to the Modern Era. Each of those cultures will bring a unique layer creating near-endless outcomes. You’ll further customize your civilization with every deed you accomplish and moral choice you make. Everything you do builds your fame, and the player with the most fame will win the game.

For those looking to purchase the game, its standard edition costs $49.99, while its digital deluxe edition, which includes the game’s soundtrack, special player icons and more, costs $59.99. 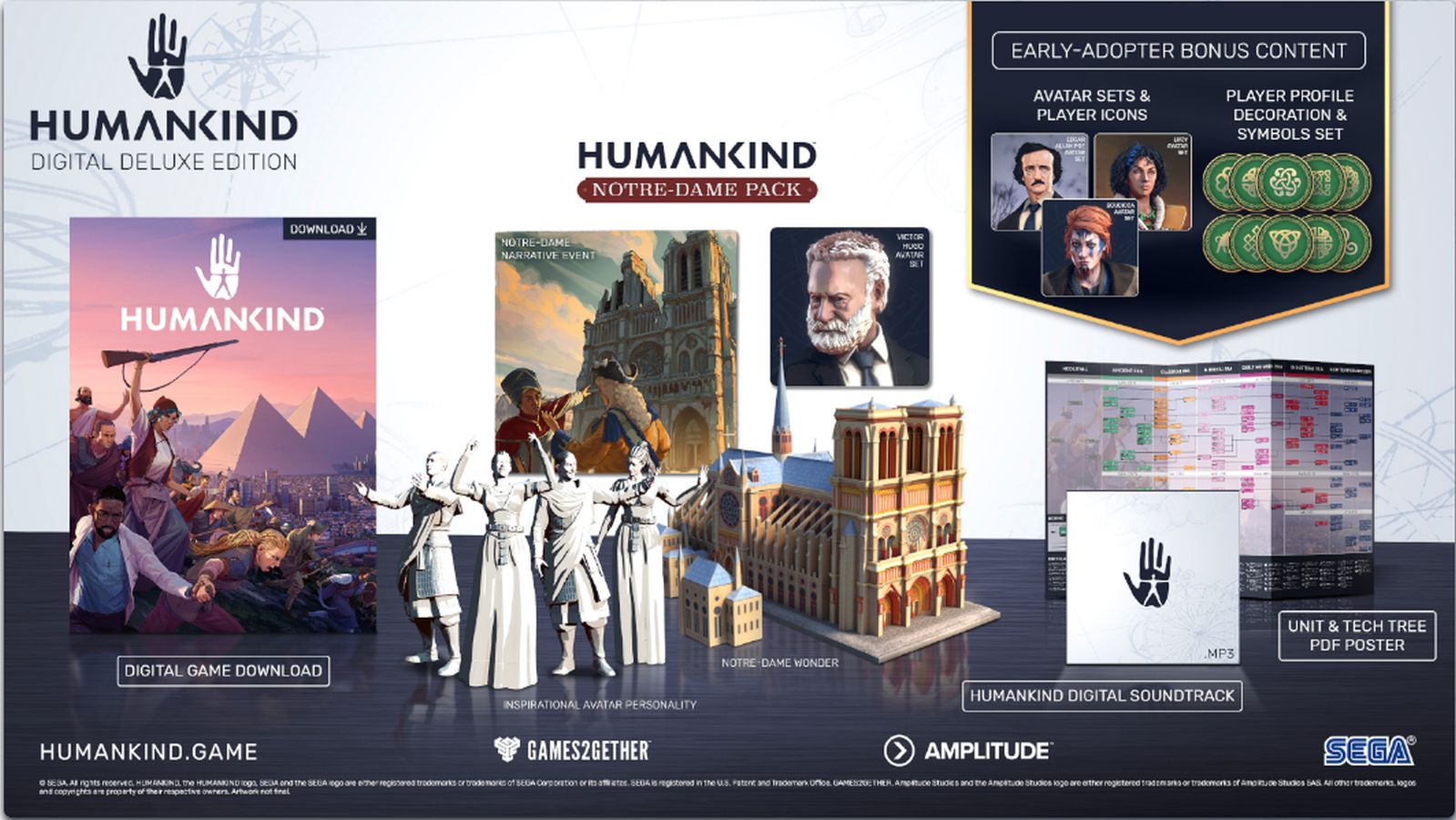