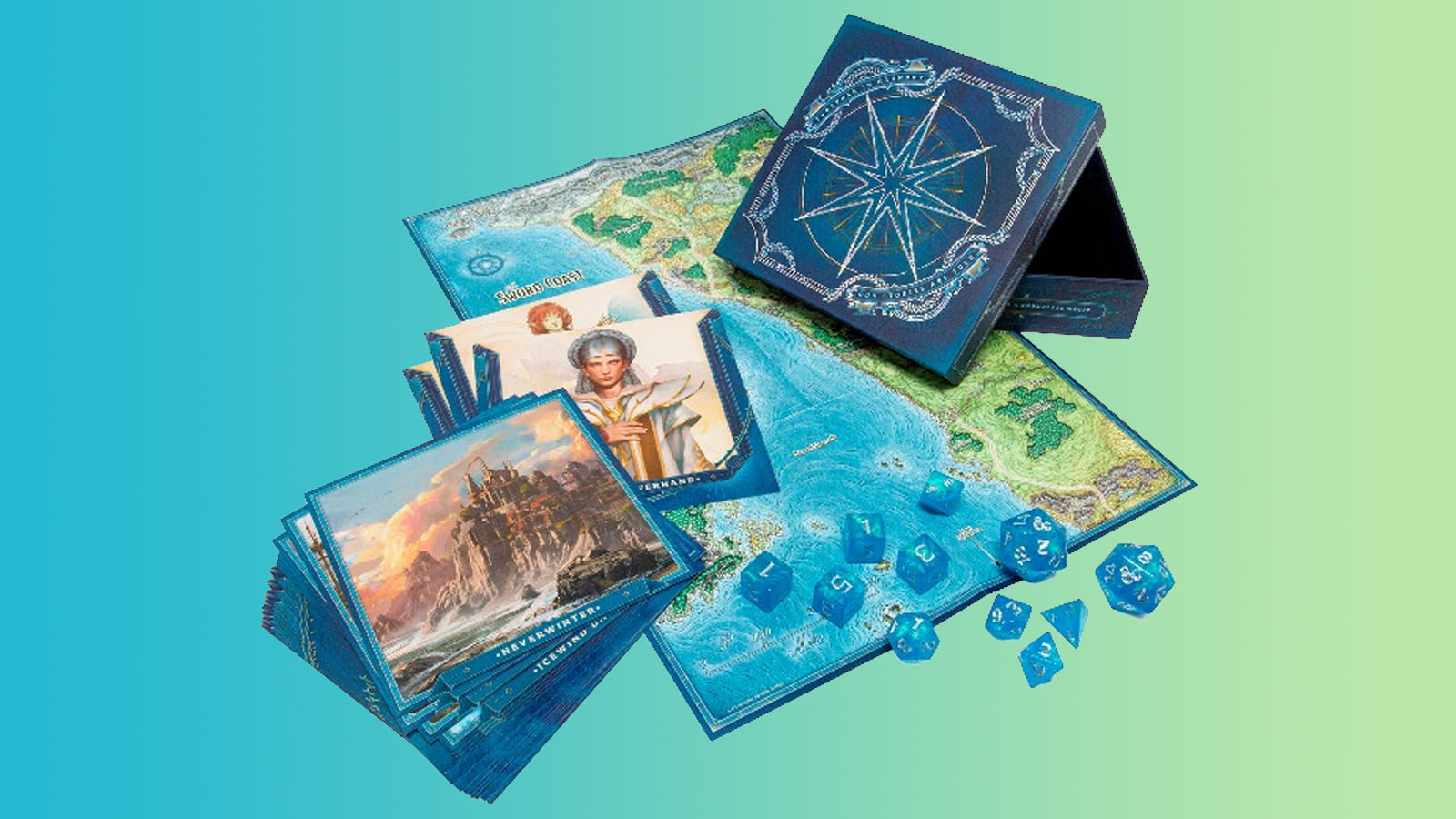 Lady Laeral Silverhand is the Open Lord of Waterdeep, a centuries-old archmage, and the daughter of the god of magic. In the Forgotten Realms: Laeral Silverhand’s Explorer’s Kit, she guides you on your path to adventure. This new kit includes eleven dice in a durable, felt-lined box that functions as two dice trays. Fans can also enjoy the twenty illustrated, double-sided cards detailing Laeral’s expert insights on key characters, locations, and lore from across the Forgotten Realms, along with a foldout, double-sided map featuring the Sword Coast and city of Waterdeep. (MSRP: $24.95)

Critical Role and Wizards of the Coast have also partnered together with Roll20 to give online tabletop RPG players free access to one of the first adventures in Explorer’s Guide to Wildemount.

Roll20 is an expert in dosing out social-distance solutions for game night, with a virtual tabletop that connects over five million players and DMs. Through this partnership, players can create their own online campaigns rooted in the breakout world of RPG hit, Critical Role.

“Roll20’s mission has always been to unite gamers across any distance, and we’re working hard at continuing that pursuit as we see the world’s need to move their gaming gatherings online,” said Nolan T. Jones, Managing Partner of Roll20. “Critical Role has united and created millions of Dungeons & Dragons fans around the world, and we’re excited to offer their new playable adventures so gamers can continue expanding their hobby.”

Try this free on Roll20 and then go out and pick them up today. Stay tuned to Gaming Trend for all your tabletop news.