Today, ININ Games announced that it will release The Nina Saviors – Return of the Warriors for PlayStation 4 and Nintendo Switch on August 30. The game will feature two new characters, online ranking systems, as well as two-player co-op across eight different levels.

In THE NINJA SAVIORS – Return of the Warriors, the player assumes the role of one of five android ninjas to take on the tyrant Banglar and his henchmen with a variety of individual moves in a dystopian future. Along with two completely new characters, the fully revised side-scrolling arcade brawler also finally offers fans the eagerly awaited two-player co-op mode and an online ranking system so that you can measure yourself against fighters from all over the world. In a total of 8 levels, players will brawl their way through waves of enemy hordes, either alone or in pairs. 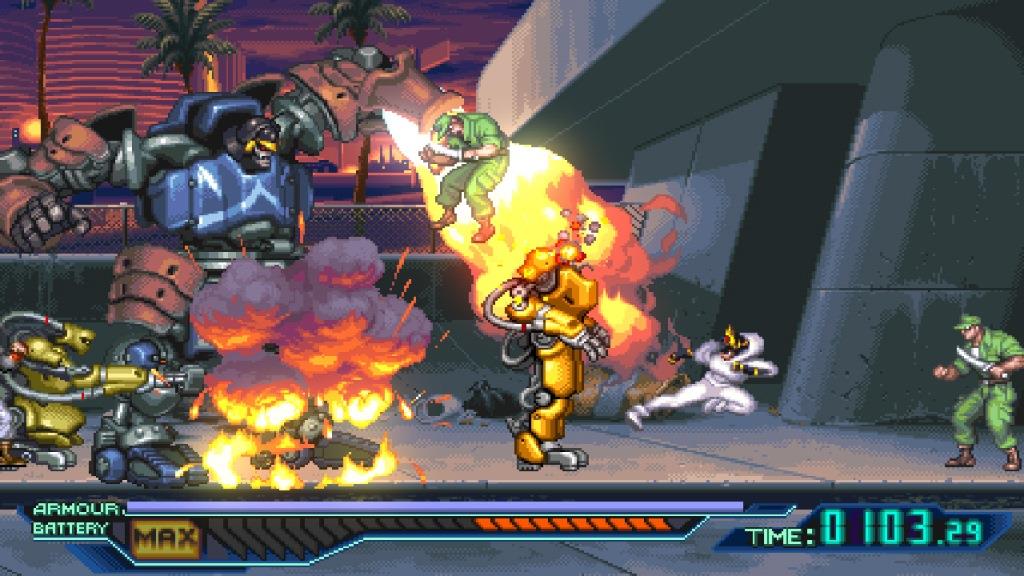 Not only is long-term motivation provided in single-player mode, THE NINJA SAVIORS – Return of the Warriors also makes comfortable couch co-op game evenings with friends possible, just like you remember and love from Super Nintendo classics of the 1990s.

The original developers from back in the day, TENGO PROJECT, have also made an already outstanding game even better audiovisually in every respect. The 16-bit pixel art of the classic has been retained, but significantly revised, and new animations have been added. The legendary sound of TAITO’s house band ZUNTATA is, of course, part of the fun once again, and along with the original soundtrack from the arcade machines, there will also be the music from the Super NES version and a completely newly arranged soundtrack on offer.

The reboot of THE NINJA WARRIORS marks the kick-off of more releases of old and new IPs with which the pioneer of the Japanese video game industry, TAITO Corporation, will return to the western console market after around a decade. 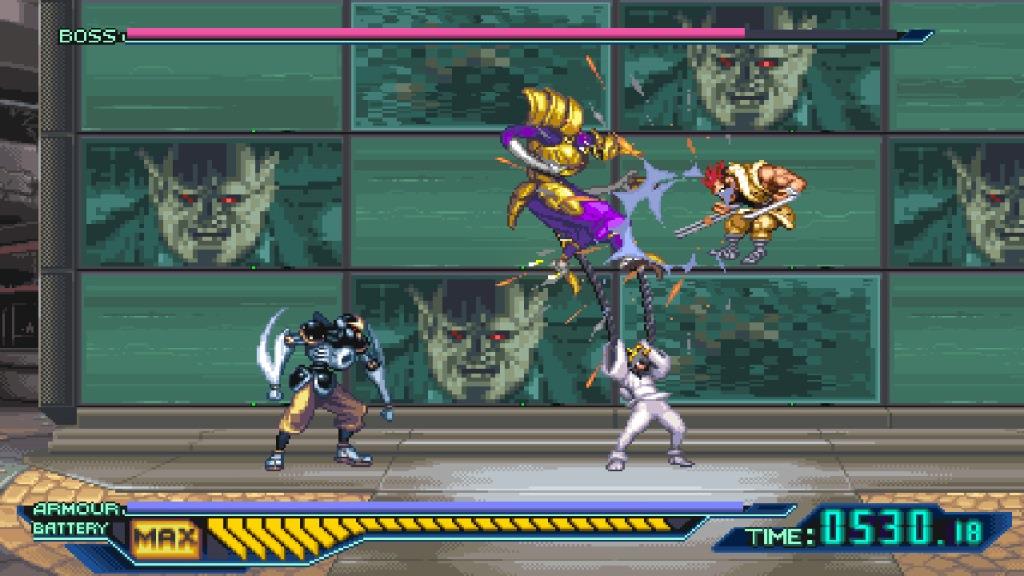 Each physical copy will contain a poster, a sticker set and a manual, just like back in the 1990s.

A must for real fans: Those who pre-order the physical edition of THE NINJA SAVIORS – Return of the Warriors in Europe or in North America will receive a limited NINJA SAVIORS keychain.