During today’s PC Gaming Show, Amazon Games announced the closed beta for its upcoming MMO PC game, New World, will begin on July 23, 2020. Alongside this was a short gameplay trailer highlight the combat that’s available in the game. Amazon Games also announced that players who pre-order New World will secure automatic access to the closed beta when it begins, plus bonus in-game rewards.

New World is an Open World MMO that pits players against the haunted wilderness of Aeternum, a mysterious island during the twilight of the Age of Exploration. Success in New World ultimately depends on a player’s ability to conquer not only rival players, but Aeternum itself as it unleashes undead legions, hell-bent on purging them from its shores. 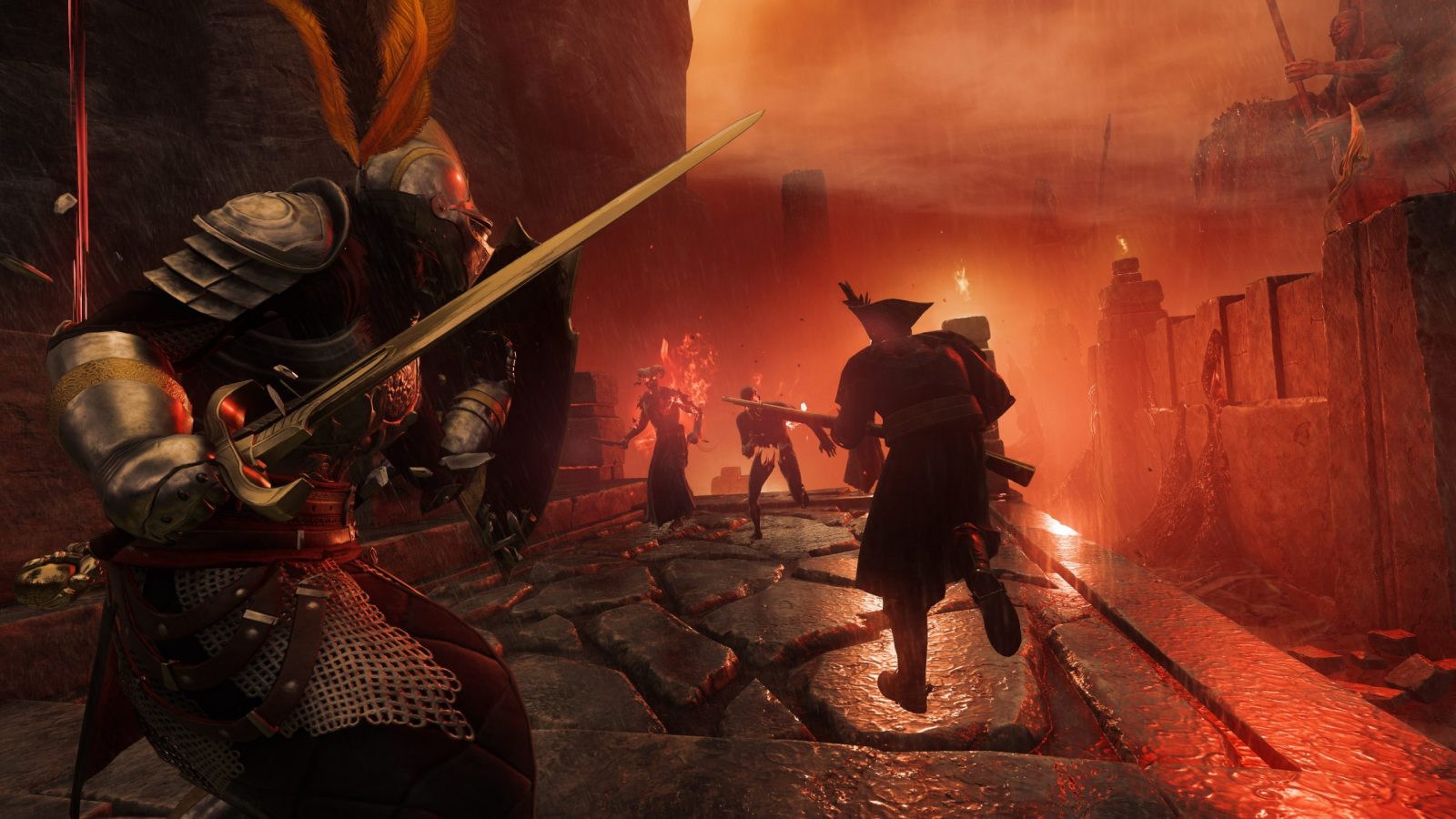 Massive battles set New World apart, with fortress sieges against other players and supernatural invasions that feature up to 100 players on the battlefield at once. Combat in New World is visceral and skill-based, giving players direct control over their movements and attacks. Aeternum is rife with danger and conflict, but rich in opportunity for soldiers, explorers, artisans and empire-builders.

Players can band together to form powerful Companies operating out of fortified strongholds, or play alone and acquire and customize their own homes as they contribute to the growth of the larger community around them. New World provides near-limitless play, with classless character progression, social systems, and rich crafting mechanics.

New World is being developed at Amazon Games’ development studio in Orange County, California, by a team comprised of industry veterans with experience building some of the world’s most beloved multiplayer games, including Destiny, World of Warcraft, and Everquest.

Preorder New World here and stay tuned to Gaming Trend as we will provide more information and for all your other gaming news.