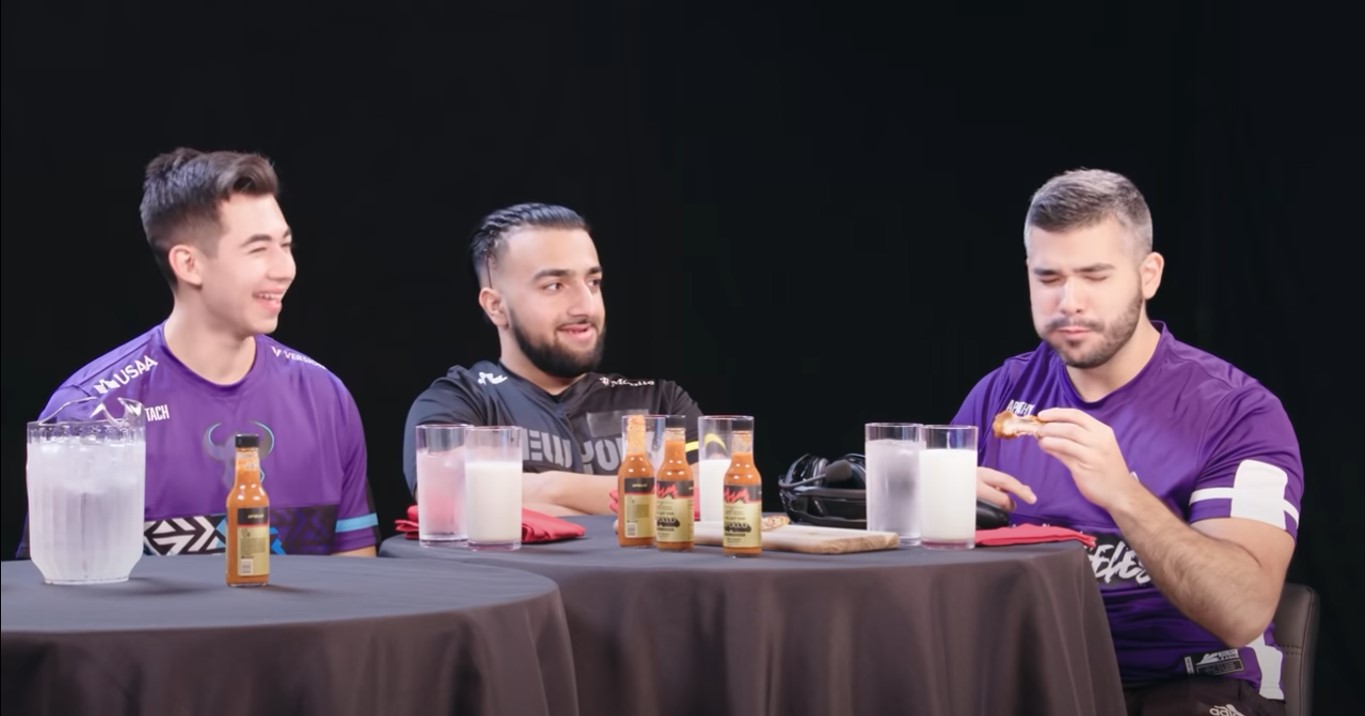 We’re having to wait until Champs for more professional Call Of Duty action, but that doesn’t mean the pros aren’t busy doing anything. A few of the players, including Major V champion Attach of the Minnesota Rokkr, Asim of the New York Subliners, and Apathy of the Los Angeles Guerillas appeared on Hot Ones. This is a broadcast that has celebrities trying the hottest of chicken wings, and they were able to add a little fun to this as well. If you watch below, you’ll see the players munch on a wing (they’re a little bit wimpy given it’s only one), and participate in an in game challenge, knifing their way through a multiplayer match. Who’s going to win? Well, take a look at the video to find out!

If you’re interested in Champs, the biggest Call Of Duty event of the year, you can actually buy tickets to attend! It’s happening August 19th-22nd in Los Angeles, and you can purchase tickets right here. If you want to just watch the stream at home, you can follow the league both live and after hours on the official Call Of Duty League YouTube channel right here. There are also some awesome viewership rewards to be earned, just head over to this link to set everything up! If you want to jump into the game, check out CallOfDuty.com, and if you want to know more about it first, check out our review right here.