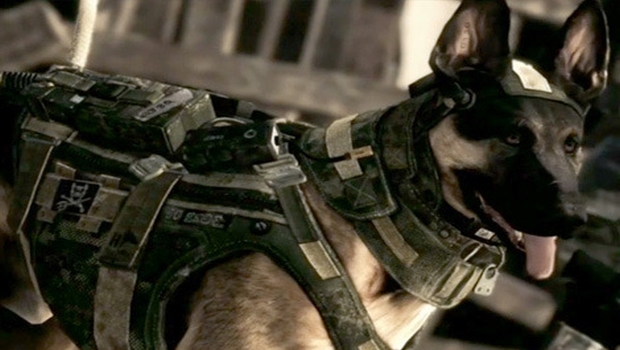 Want to know which title is the leader in the Next-Gen launch?  Well, it comes as a surprise to absolutely nobody that it’s Call of Duty: Ghosts.  It’s not just #1 in multiplayer though – the reach is far further.    In fact, the game is #1 in multiplayer worldwide, #1 selling Xbox One title in North America and the UK, #1 most played PlayStation 4 game, and #1 selling PlayStation 4 game in North America.  It’s also leading a recent GameStop holiday survey as the #1 gift request from gamers.  I guess what I’m saying is that Call of Duty: Ghosts is #1.    Let’s hear what the folks at Activision and Microsoft have to say about it.

Around the globe, Call of Duty: Ghosts is leading the next generation. It’s the #1 selling title at key retailers and it’s also the most played game on Xbox One and PS4 globally,” said Eric Hirshberg, CEO of Activision Publishing, Inc. “As we’ve said before, we’ve got the best community of fans in the world, and we’re thrilled they’re coming with us to the next generation.”

In addition to being the #1 Xbox One multiplayer game on Xbox Live, Call of Duty: Ghosts also is currently the #1 most played Xbox 360 multiplayer game, according to Microsoft.

“Congratulations to our friends at Microsoft for the launch of the Xbox One,” said Dave Stohl, executive vice president, worldwide studios, Activision Publishing, Inc. “Xbox and Call of Duty together have formed a valued and lasting partnership on Xbox 360, and we know this is just the beginning. So we look forward to an exciting new future on Xbox One.”

“As home to the largest and most engaged Call of Duty community, it is no surprise that the newest entry in the blockbuster franchise has quickly become the most played multiplayer game on both Xbox One and Xbox 360,” said Yusuf Mehdi, Corporate Vice President of Marketing & Strategy, Interactive Entertainment Business at Microsoft. “We congratulate our partners at Activision and Infinity Ward, and are proud to continue offering the best and most engaging Call of Duty online experience to our fans globally by launching all Call of Duty: Ghostsmap packs first only on Xbox.”

A staggering 1 billion matches of multiplayer have already been played across all versions, with players hitting Prestige more than 2.2 million times.   I’m a sucker for statistics, and Call of Duty never fails to deliver in that area.  Our own review of Call of Duty: Ghosts was very positive, and we just kicked off our giveaway for two Call of Duty: Ghosts Prestige Editions right here!    Riley approves.