During the Avengers War Table stream today, fans of Square Enix and Crystal Dynamics’ Marvel’s Avengers were treated to new information about the game ahead of its September 4 launch for PlayStation 4, Xbox One, PC, and Stadia. Among other details is the fact that the first post-launch playable hero will be Kate Bishop, the second Hawkeye, as the operation Taking AIM will be available in October.

Kicking things off, viewers who watched the Marvel’s Avengers WAR TABLE live via the PlayAvengers.com channel were the first to get details about the game’s daily and weekly missions, as well as four new high-level mission types they’ll encounter as they progress through the Avengers Initiative: Villain Sectors, SHIELD Vaults, AIM’s Secret Lab, and Mega Hives.

Villain Sectors are special missions that provide epic showdowns with powerful bosses that players will want to return to as their Heroes get closer to the game’s power-level cap of 150, while SHIELD Vaults are treasure troves of resources, gear, and secrets that must be discovered and unlocked.

Players looking to test their mettle will look forward to teaming up with three friends to tackle AIM’s Secret Lab, a mission only accessible after reaching the game’s highest power levels. Available once a week, the AIM Secret Lab raid will culminate in a massive boss fight influenced by how well players’ teams performed throughout the mission. 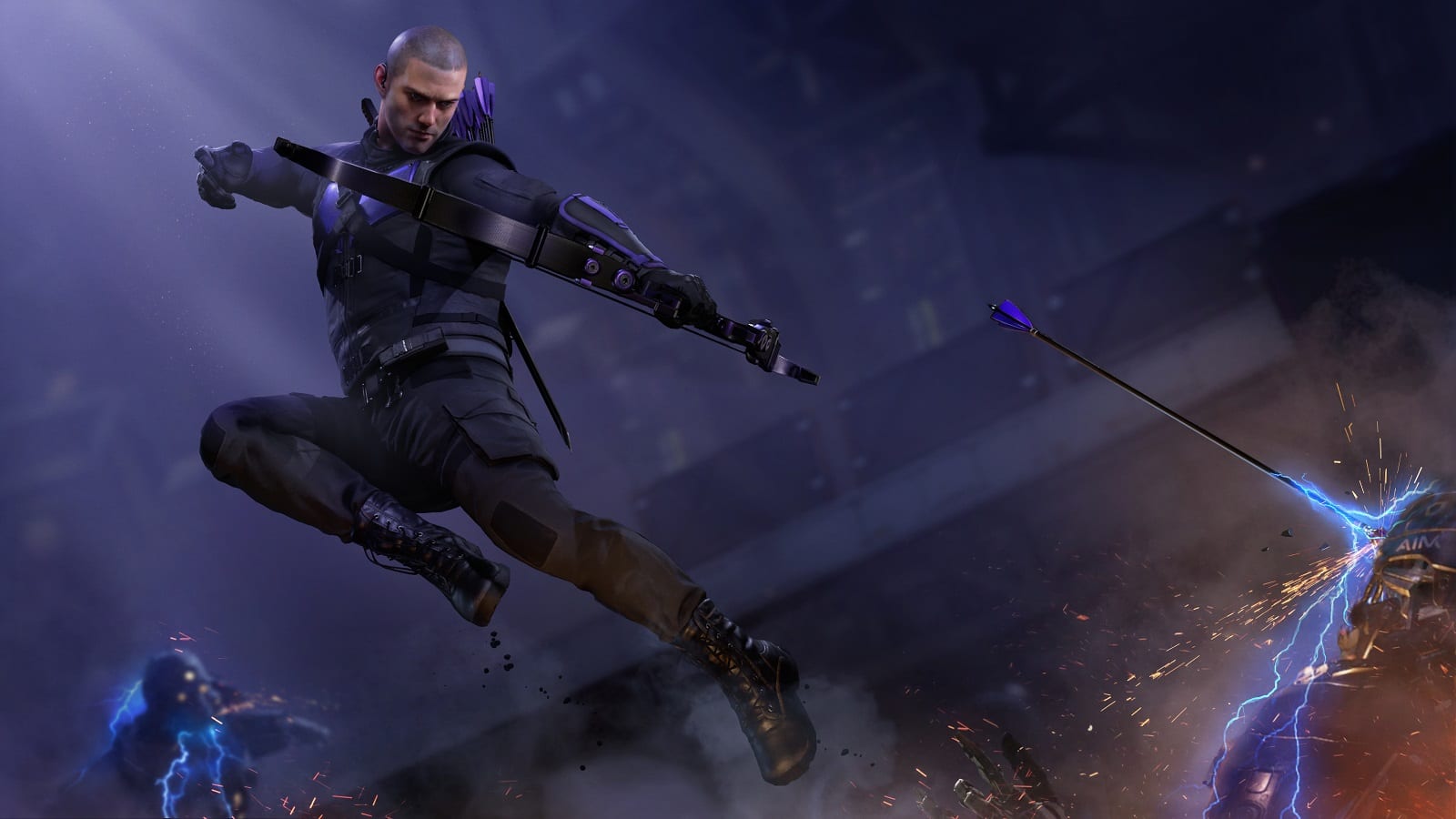 Mega Hives will put players’ full Super Hero roster to the test as they fight their way through a gauntlet of descending floors packed with enemies. The farther they go down, the higher the difficulty goes up, and once all their Heroes are defeated, players will have to start over from the very beginning.

The Marvel’s Avengers WAR TABLE also revealed a new post-launch Hero coming as part of the game’s Avengers Initiative, Kate Bishop. Kate’s Operation, “Taking AIM,” kicks off in late October featuring a new villain and new mystery. Bishop, who is mentored by Clint Barton, comes with distinct Heroic Skills and takedowns that only an Olympic-caliber gymnast and master archer like Kate can pull off.

Kate Bishop will be the first new Hero introduced to Marvel’s Avengers after its launch on September 4. Taking AIM’s story begins shortly after the conclusion of the game’s Reassemble campaign and is just the first half of the two Hawkeyes’ Story Arc. Clint Barton’s Hawkeye takes the stage in November to complete the double-feature and lay the groundwork for what’s next.

These new post-launch Heroes will be made available to all Marvel’s Avengers owners at no additional cost and will continue to move the entire narrative world forward. More information about the Hawkeye Story Arc, as well as additional post-launch content will be available soon.

Previous Marvel’s Avengers WAR TABLES have included other major reveals, like details on the game’s central villain, MODOK (Mental Organism Designed Only for Killing) and the unveiling of Clint Barton’s Hawkeye, one of the first post-launch heroes who will be added to the game.

Marvel’s Avengers will be available for the PlayStation 4, Xbox One, Stadia, and PC on September 4, 2020. Marvel’s Avengers will be available on PlayStation®5 and Xbox Series X when the consoles launch in Holiday 2020. Players who own the current-gen version of the game will be able to upgrade to the next-gen version at no additional cost, regardless if players are moving from PlayStation® 4 to PlayStation 5 or Xbox One to Xbox Series X. Those moving their saves to next-gen will transfer their player profiles and progression so they can pick up right where they left off. In addition, cross-gen play will be supported so PS5™ players will be able to play with their friends on PS4™ and Xbox Series X players will be connected with their friends on Xbox One.

Check out the full stream above, check back here for our review of the game, and stay tuned for more news here on Gaming Trend.