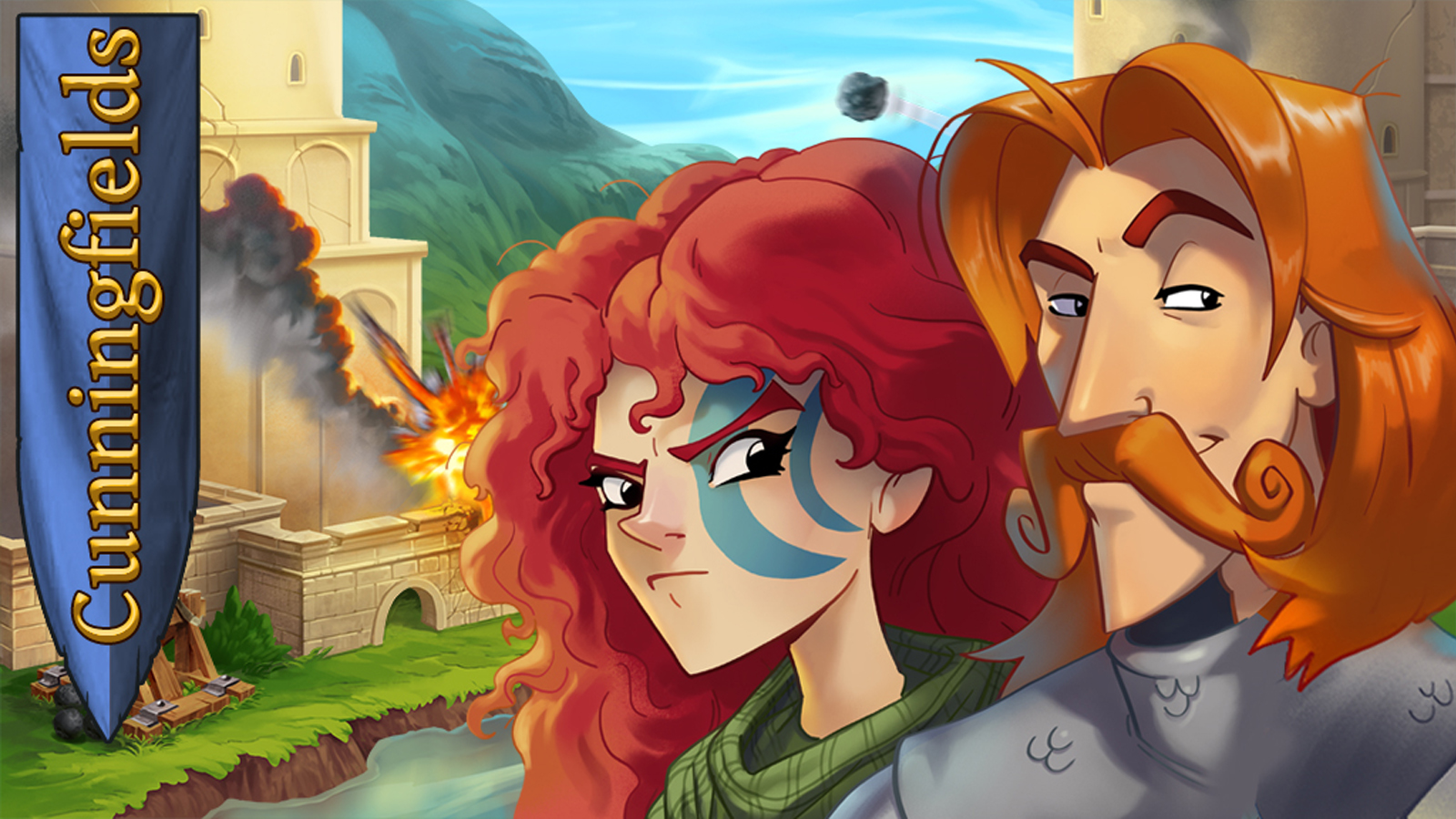 Vesuvius Media has announced that its new boulder launching, castle smashing dexterity game, Catapult Kingdoms, will go live on Kickstarter on July 2nd. Catapult Kingdoms aims to bring the fun of building your own castle and then using catapults to try to take out your opponent’s structure.

“This game brings back memories of playing catapult games as a kid,” said Konstantinos Manos, CEO of Vesuvius Media. “Whether you’re 4 or 94 years old, Catapult Kingdoms taps into your creativity and imagination. The war for the floor has begun once more!”

Designed by Kristian Fosh (Escape from Flat Earth), Catapult Kingdoms is a 2-player game of last person standing. Players choose one of two families, either Chaufort or Cunningfields, then build a castle to fortify their troops. Using a catapult, players launch rubber boulders in an attempt to destroy their opponent’s castle and knock over their troops. When all troops of one army are knocked down, the battle is over. The winning army must have at least one troop standing upright. 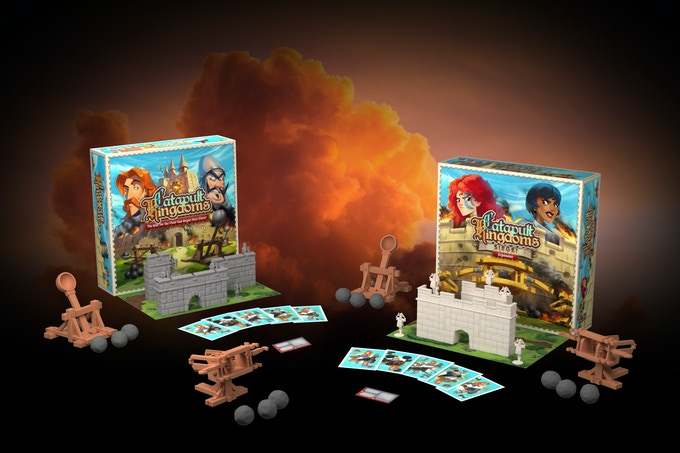 “I’ve put in a lot of time and love creating Catapult Kingdoms,” said Fosh. “We debuted the prototype at Essen Spiel last year and the reaction was incredible. We had so much fun around the table as the construction and destruction reigned on the field of battle!”

This looks like it could be the perfect game for both kids and adults to enjoy. Sign up to be notified of the release and stay tuned to Gaming Trend for all your tabletop news.