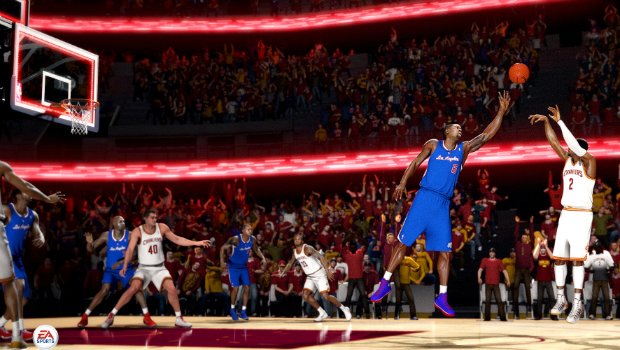 EA Sports announced a new career mode in NBA Live 14 named Rising Star, where players create a basketball player and take him from the rookie showcase onwards through his career.  The new game mode challenges gamers to take a player from the last man on the bench to revered national superstar.

EA has partnered with sports apparel giant Under Armour to create a rookie showcase game, where your player will go up against other rookies to determine pedigree and draft stock.  Afterwards, players will be able to take their player and groom them through 25 NBA seasons.  For those keeping count, you could potentially play a career from 18 years old all the way to 43 years old.  That’s pretty cool.

While this isn’t a particularly innovative idea (see every other major sports game on the market for the past three years), it’s one that certainly works.  There is a special magic in taking a single player from the bottom to the top, and it allows sports games fans to live out the fantasy of being an elite athlete.  There is a lack of realism in being able to take a player from a 50 or so overall rating up to the best in the league (LeBron James was a 50 overall rating when he was 4 years old.)  That could be eliminated by allowing players to decide if they want to be a phenom like LeBron, or a student of the game who improves over time, like a Manu Ginóbili type.  If improvements can be made on past iterations of this mode, it could be a success and help EA recapture the NBA gaming market.  Though, the game will need to actually work.

EA SPORTS will launch NBA LIVE 14 later this fall on the next-generation of video game consoles, Xbox One and PlayStation 4.