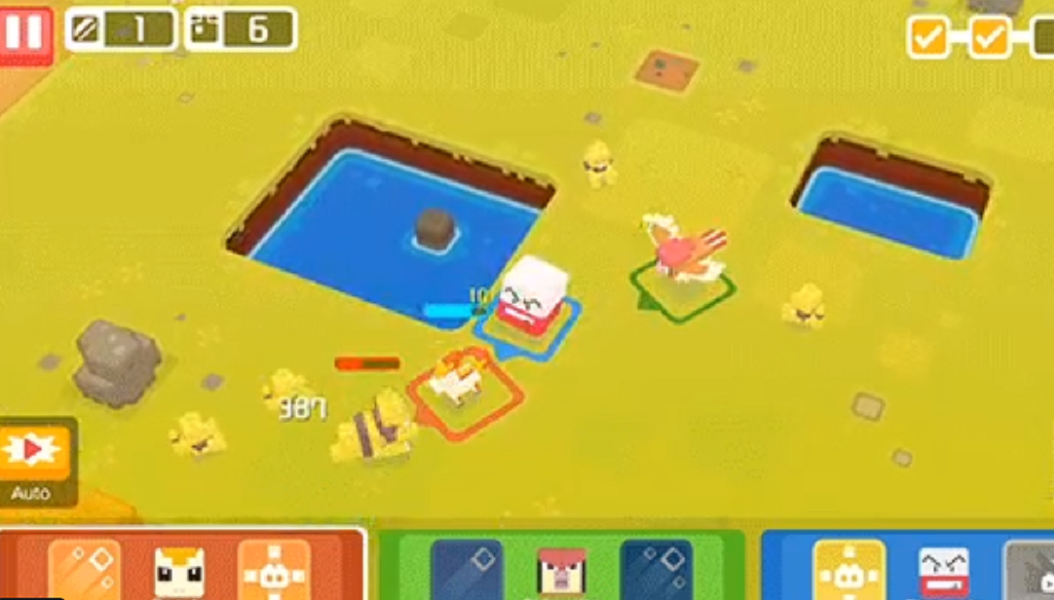 To start off the Pokemon press conference today, fans  were warmed up with a surprising new announcement: Nintendo Switch and mobile devices will be receiving a free-to-play Pokemon game called Pokemon Quest.

In Pokemon Quest, you explore Tumblecube island, building a team of three Pokemon at a time, sending them off to fight other Pokemon by taping on their abilities, or letting them automatically fight.

#PokemonQuest allows Trainers of all ages to get in on the action! In this free-to-start game, you can face off against wild Pokémon and embark on many exciting expeditions. pic.twitter.com/CZ57iGKWMX

Players can decide which characteristics their Pokemon has by using Power Stones. Only a few of these stones can be equipped at a time, but it appears that more slots will be unlocked as you progress through the game.

In #PokemonQuest, you get to decide which characteristics your Pokémon will have! You can use special items called Power Stones to strengthen your team. The kind of Pokémon they become is completely up to you! pic.twitter.com/zI8kmZxhHg

The free-to-start game, Pokemon Quest is available right now on Nintendo Switch. The mobile version will be released this June. Stay tuned to Gaming Trend for more information out of the Pokemon 2018 Video Game Press Conference.