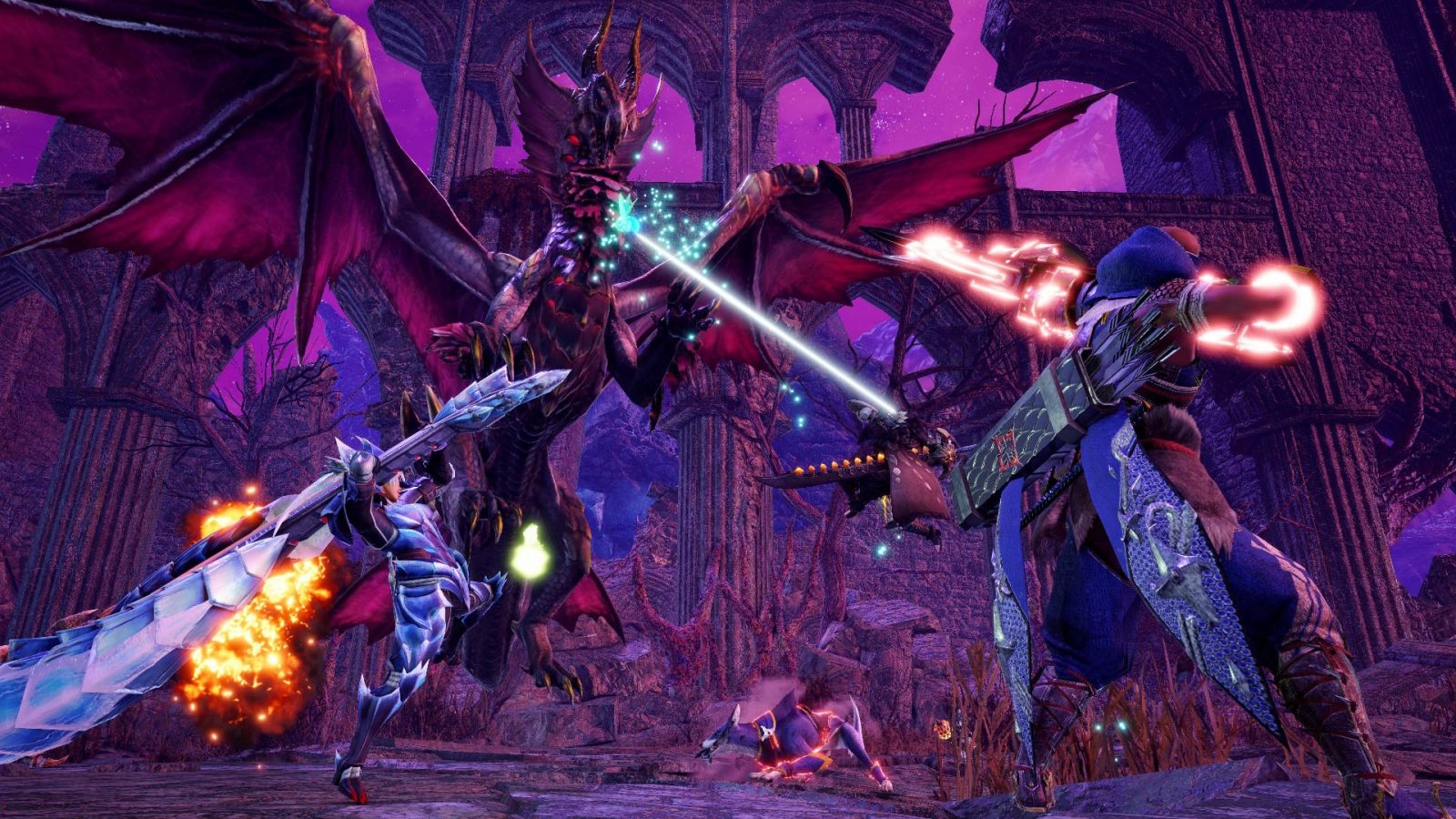 I don’t know a lot about Monster Hunter other than you hunt monsters, but the newest trailers that dropped today for Monster Hunter Rise’s new expansion Sunbreak look sick. The beasts you’ll be fighting look huge and intimidating, and some may be a little bit familiar. If you’re inclined, take a look at these new trailers below. Further still, if you’d like to know what we thought of Monster Hunter Rise, check out our review here.

Making its Western debut in Monster Hunter™ 4 Ultimate, Shagaru Magala is the adult form of that title’s flagship monster Gore Magala. Time has only allowed this monster to grow even more powerful and ferocious than its juvenile counterpart, imparting it with a relentlessly aggressive disposition. Hunters assigned with confronting this monumental menace must be prepared for anything, or risk becoming part of the feeding frenzy. Alongside Gore Magala, both Furious Rajang and Seething Bazelgeuse are likely to cause some havoc in the Kingdom, bringing with them their trademark appetites for destruction. Finally, hunters got their first look at Scorned Magnamalo, a new variant to the marquee monster from Monster Hunter Rise. This agile predator boasts an even thicker coat of spiked armor to augment its deadly attacks, making any blow a potential graveyard smash.

Today’s reveals also included the announcement of the “Black Belt S” and High Rank “Defender” weapon tree for players looking to fast track their journey to Master Rank. The “Black Belt S” armor set can be acquired by visiting Senri the Mailman at the start of the game, and offer enough defensive stats to weather attacks from even High Rank monsters. The “Defender” weapons previously introduced in Monster Hunter Rise now have High Rank weapon trees that can be accessed at the Smithy. These upgraded weapons will provide enough damage to topple any obstacle on the path to Monster Hunter Rise: Sunbreak. These new items are being added as part of Monster Hunter Rise Ver. 10. Note that the update will be available on Nintendo Switch on June 29, 2022, while the PC/Steam update will release alongside Sunbreak on June 30, 2022.