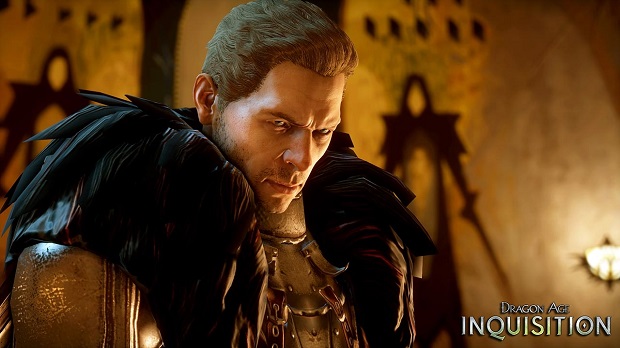 In a Q&A with writer Brianne Battye, we’ve gotten some clarity as to what Cullen’s role in
Inquistion will entail.

Battye revealed that after the events of Dragon Age II, Cullen left the Templar Order as he was unsatisfied with their inability to protect the citizens from the perceived threat of Mages.

“The templars failed to protect their charges and the people of Kirkwall. The Order has not lived up to its ideal, and though it wasn’t easy for him, Cullen now recognizes that. It’s something he’s still processing, but he’s looking to move forward and fight for something he can believe in. The whole world’s falling apart, and Cullen won’t sit by and watch that happen. He wants to be part of a solution. If that means serving the Inquisition instead of the Order, then that’s what he’s going to do.”

As an advisor to the Inquisitor, Cullen acts as the Inquisition’s expert on the Mage and Templar War, having been present for the beginning of the war during Dragon Age II.

“[Cullen] obviously has insights into the Templar Order, as well as firsthand knowledge of the mage-templar conflict. Of course, those aren’t the only reasons he was recruited into the Inquisition. Cullen is a driven individual with a strong sense of responsibility. He’s a leader: someone people can turn to, someone they can trust to make the right call, even if it’s a tough one.”

Despite his extensive knowledge of the on-going conflict between the Mages and Templars, Cullen also acts as a military expert for the Inquisition. according to Battye.

“Cullen is one of three advisors who help run the Inquisition. Specifically, he commands the Inquisition’s military forces on your behalf. Cullen will offer tactical advice and assistance throughout the game. And you’ll have plenty of reasons to seek it.”

Despite Cullen’s appearing throughout both Dragon Age: Origins and Dragon Age II, there was never really a chance for the player to get to know him past a surface level. Battye claims that since Cullen will have a constant presence as a member of the Inquisition, players will get to know the Templar on a deeper level than ever before.

“In the previous games, Cullen was there as a templar. He had work to do. But why did he become a templar in the first place? Who was he before that? Who is he beyond that? These were questions I had to consider. In Inquisition, the player can explore these ideas with him.”

Bioware has been releasing Q&A’s for many Dragon Age: Inquisition characters recently, including Dorian, a Tevinter Magister eager to right the corruption he believes is happening at his home.

Dragon Age: Inqusition is slated for release on October 7th for PC, PlayStation 3, PlayStation 4, Xbox 360 and Xbox One.