The first reaction I had to Bioshock: Infinite while at the Sony press conference was ‘Wow’.  After sitting through the closed-doors screening of the game, that one-word response has been changed to simply:  Damn.

Hosted by Tim Gerritsen and Adrian Murphy from Irrational Games, we set off on a demo of the latest game in the Bioshock series which has garnered much passion from gamers over the past few years.   The setting for the game is Columbia, a floating city, that much we already knew.  What was new to my ears, however, is the fact that it was designed to be a flying World’s Fair of sorts by the United States government.  Of course, the best laid plans of mice and men always go awry, and during the Boxer Rebellion around the turn of the 20th Century, the world discovered that Columbia was actually fully armed when it fired upon civilians.  Naturally, the government disavowed any knowledge of the project and it floated away, soon becoming little more than a flying boogieman used to scare children.  Now, Columbia is split between the Founders, members of the once ‘ruling elite’ who are led by Comstock, and the Vox Populi, a resistance group fighting against what they feel to be oppression.

The game itself is set a dozen years later where you take on the role of Booker DeWitt, a former Pinkerton detective.  You were sent to Columbia to rescue Elizabeth, who had been held captive within the city for the past fifteen years by Songbird, a giant … something or another who is not only her jailor but also her only point of contact with civilization in general.  The demo takes place approximately a third through the game, after you’ve rescued Elizabeth from Songbird and are trying to escape the city.  The path to doing so goes through Comstock as it’s revealed that Elizabeth has powers that she can barely control, powers which could rip holes in the fabric of space-time if she isn’t helped.  The rumor is, of course, that Comstock can help her gain the control she desperately needs, which means that the pair have to work their way through Emporia, the seat of the Founders.

The first thing that becomes very apparent is that Bioshock: Infinite is absolutely gorgeous.  The visuals in this game are bright and expressive; the entire city is drenched in sunlight for the most part.  This is in stark contrast to both Bioshock and Bioshock 2, which were heavy with browns and grays due to being located in the underwater city of Rapture.  Since Columbia is sky-borne, everything seems brighter, the color scheme slides more towards reds, yellows and blues and it just feels more vibrant.

Booker and Elizabeth go into a notions store to search for supplies, and it’s both amusing and worrying how naive Elizabeth is–most everything is entirely new to her.  Of course, most of the items in the store are aimed at tourists and aren’t really of much help to them.  After collecting some supplies, a screech is heard:  Songbird has located the two of you.   Luckily, though, Elizabeth and Booker are quiet and still enough that Songbird eventually leaves.

At this point we see the heart-wrenching scene that was shown during the Sony presentation, as Elizabeth extracts a promise from Booker.  Of course, Booker thinks she means that she wants him to promise to stop Songbird.  She tells him no, that’s not a promise he can keep.  Wrapping Booker’s hand around her throat, she begs him to promise her that if Songbird captures her…that Booker will kill her first.  Naturally, Booker doesn’t answer this.

After leaving the store, the pair move through the city before finding a dying horse.  As the horse is too far gone for anything to be done, Booker advocates leaving it and moving on.  Elizabeth, however, cannot bear the thought of this and insists she can control her powers.  She begins to concentrate, and you can see reality simply ripple about her, the grass going from dead and brownish-green to a vibrant green with flowers dotting it, the horse going from bloody and maimed to a healthy specimen.  She can’t hold it though, and reality bends out of control leaving the pair on a street, one that I recognized as an alternate 1983 with a movie theater to the right showing Revenge of the Jedi.  Both Booker and Elizabeth are terrified as a large truck is coming full-tilt towards them.  Elizabeth finally closes the tear just before they would be run over and they’re finally able to move on.

As they walk through the city, it’s obvious that the Vox Populi and the Founders are at war, with propaganda posters and banners seen hanging periodically from the buildings.  It isn’t long before it’s also apparent the Vox Populi are winning in this location, as you start to pass what looks to be an execution.  You’re then given a choice to let it continue or stop it.  For the demo, the choice was to stop the execution, which started our first glimpse of gunfire, and proved that Elizabeth can help out in a fight as well.  She can use her power to bend reality to pull something through for cover or bring in weapons as needed.  Of course, since her control and abilities are both limited she has to charge up between each use of the power.  Objects which can be affected by her powers show up in the world as if they were not quite in sync with reality, looking almost static-filled.

After some gunfire and taking some damage, Booker takes to the skylines to maneuver around the city, using some sort of hook that he has as a tool.  It’s not apparent if there’s any guidance to this (similar to riding the electric lines in Infamous) or if you have to be very careful about your aim when jumping from line to line.  What we do know, though, is that if you fall too far before grabbing onto a line, you’ll take damage.  The action most definitely picks up here as you speed along, Booker and the Vox Populi exchanging gunfire both on the ground and zipping along the lines.   Booker has some sort of levitation power of his own he used to pick up and hold enemies as well as grab things from the ground to fling about.

After the fight is over, Elizabeth and Booker finally make their way to Comstock’s home.  Just as the goal appears within reach, Songbird finds the two of you and attacks.  It’s fairly obvious that Songbird would have no problem killing Booker, and in fact has him down and hurt fairly quickly.  It isn’t until Elizabeth stops him and promises to give herself up, willingly going back with Songbird, that you’re released, which is where the demo ends: the only true disappointment.  I most definitely wanted more.

So far, it appears that the folks at Irrational Games have hit all of the right notes with Bioshock: Infinite without simply re-creating either of the previous games.  We don’t know if this takes place in the same universe or not, and hopefully that’ll be revealed at some point as well.  Of course, there’s no official release date for the game other than ‘2012’, so we’ll just have to wait as (im)patiently as possible.  Personally, I’m sold, and I’ll end this preview with the same word that I had at the beginning, and the one I had at the end of the demo. 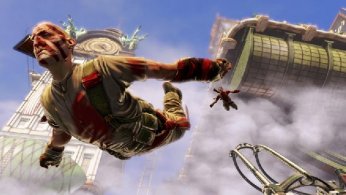 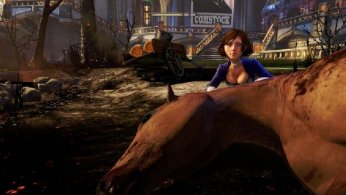 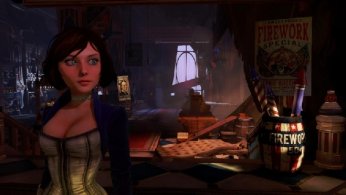 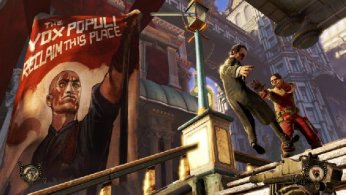 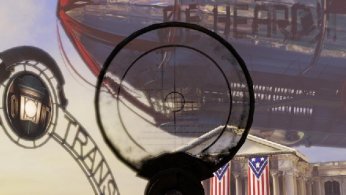 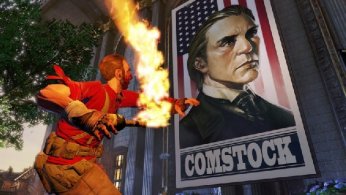 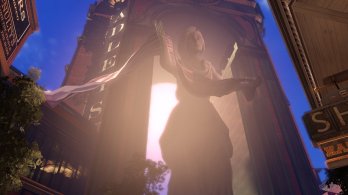 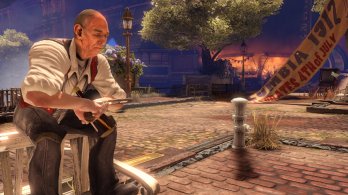 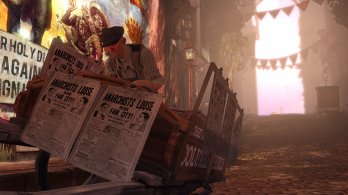 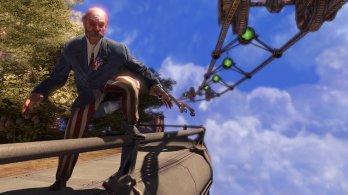 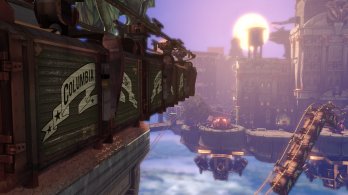 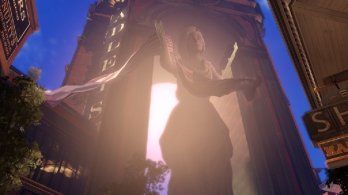 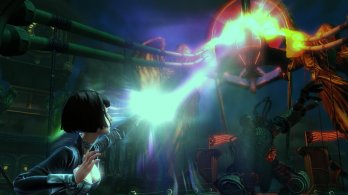 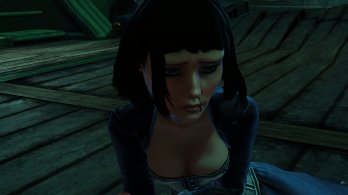