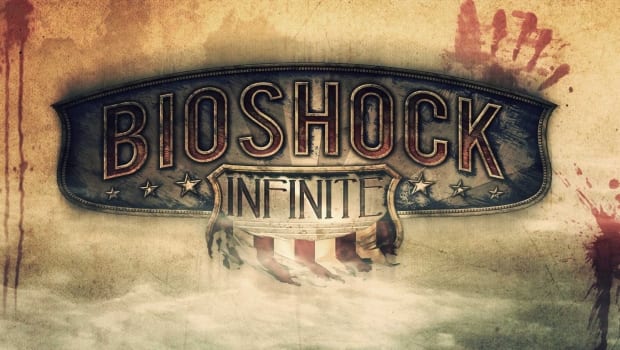 BioShock Infinite is rapidly approaching it’s very-anticipated March 26th release date, and today we have part 2 of the “Columbia, Modern Day Icarus” video series to share with you.  If you live under a rock or have somehow emerged from a dark fallout shelter and have missed all of our coverage (including the first part of this video series, which you can see right here), here is a little bit about the backstory of BioShock Infinite:

Indebted to the wrong people, and with his life on the line, hired gun Booker DeWitt has only one opportunity to wipe his slate clean. He must rescue Elizabeth, a mysterious girl imprisoned since childhood and locked up in the flying city of Columbia. Forced to trust one another, Booker and Elizabeth form a powerful bond during their daring escape. Together, they learn to harness an expanding arsenal of weapons and abilities, as they fight on zeppelins in the clouds, along high-speed Sky-Lines, and down in the streets of Columbia, all while surviving the threats of the air-city and uncovering its dark secret.

If you are into collector’s editions, the Premium Edition is still available for pre-order, but the Ultimate Songbird Editions are now fetching a significant premium.   If you plan on pre-ordering, you might want to do that right about now.    If you pre-order up from the Amazon link right here you get a free eBook called “The Mind in Revolt”, as well as a few other in-game goodies.  If you aren’t excited about this title, you might want to check your pulse…enjoy the video.