Ready to take your mobile and PC FPS games to the next level? Arkade has just released its Indiegogo campaign for the upcoming Arkade Motion Blaster, which is available now until April 24. The new tool will help gamers immerse themselves with 360-degree point-and-shoot connectivity with their smart device; in addition, the company has enlisted the help of one of gaming’s biggest personalities, PewDiePie, with advertising the campaign.

Arkade®, a gaming peripheral manufacturer that makes epic gaming gear, today announced the launch of an Indiegogo campaign for the upcoming Arkade Motion Blaster, a handheld blaster that catapults players’ favorite PC and mobile games to a whole new level with non-stop 360-degree point and shoot action. Players simply clip their iOS or Android phone into the Arkade Motion Blaster and connect to their favorite PC or mobile games for heart-pounding point-and-shoot gameplay in hundreds of games including nearly all of today’s top titles. The Indiegogo campaign launches today and will run through April 24.

“The Arkade Blaster is really epic and I don’t use that term lightly. It makes me feel like John Wick when I use it – nothing but headshots, baby!” said Felix Kjellberg, better known as PewDiePie. “Don’t call yourself a gamer unless you have an Arkade Blaster.” 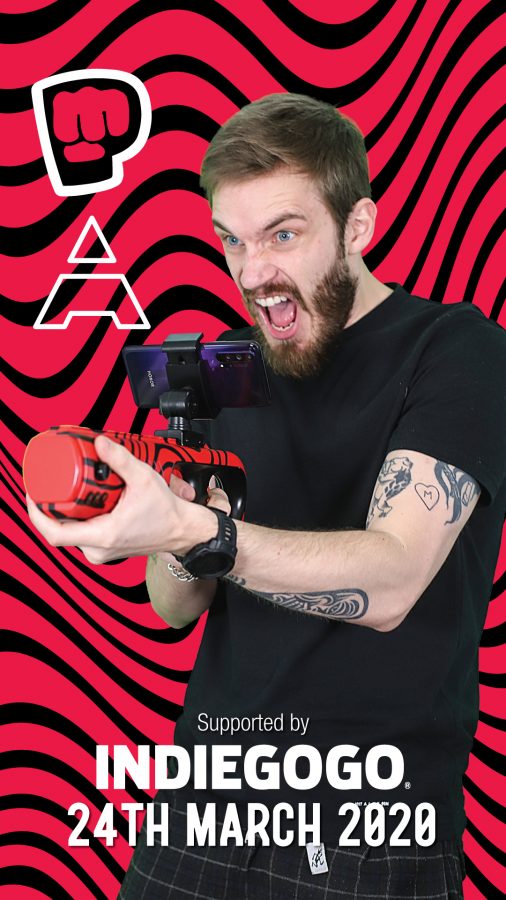 “The Arkade Motion Blaster is the best way to play shooter games on both PC and mobile. It’s an extension of the player’s body that delivers an incredibly immersive experience as their dodges, cover and fire are reflected in the game using motion tracking for precision aiming and shooting,” said Josh Fuchs, Arkade Co-CEO & CTO. “We’re incredibly excited to begin offering the Blaster to users soon and will use their support of the campaign to deliver a game-changing technology for fans of FPS gaming. 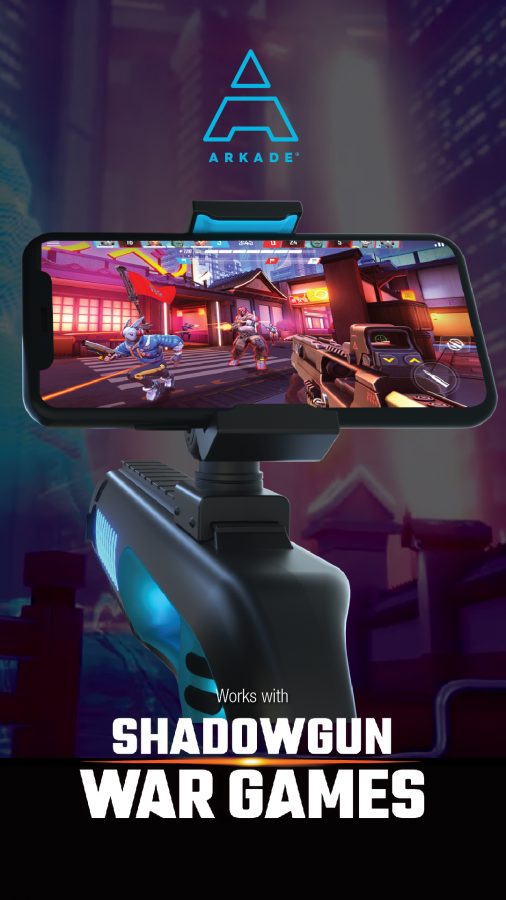 The Arkade Motion Blaster can stream gameplay directly to Twitch and YouTube with the touch of a button on the Blaster, through the Arkade App. The Arkade Motion Blaster has two distinct gameplay modes. In 360-Mode, users stand up and get into the action. 180-mode allows users to keep the action in front of them so they can control gameplay while sitting in a chair, relaxing on a couch, or playing in front of their big screen.