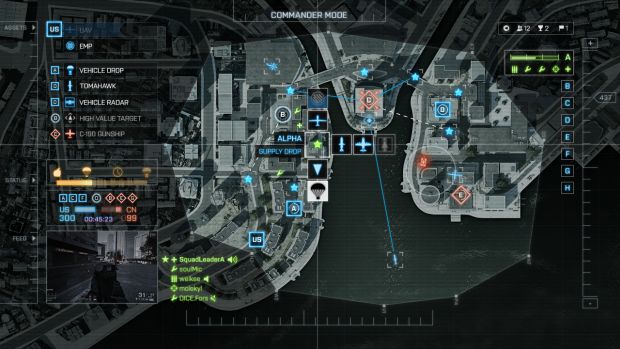 Prepare to have the option for a more tactical experience when Battlefield 4 launches as DICE is bringing back the well-regarded “Commander Mode.” A Commander Mode video was originally shown off at E3, but today Dice is showing off a new video, an installment in their ongoing video series entitled “Road to Battlefield 4.” If you’re unaware, Commander Mode has you leading a group of troops and issuing orders down to them in hopes of destroying your opponent.

Having been part of the initial introduction of Commander Mode in BF2, I am super proud to finally bring it back to the battlefield where it belongs, just as the community so many times has reminded me of it. Battlefield 4 delivers so many unique experiences that quite frankly cannot be found in other games and to be able to top it off with two commanders, head-to-head, in the service of their forces, battling it out until one of them has been declared the winner makes this game the most complete Battlefield game ever.

Battlefield 4 finally launches on October 29th for Xbox 360, PS3, and PC. It will also launch on the Xbox One and PS4. The new video can be found below…