Baldur’s Gate 3 has released a new patch called Forging the Arcane, which introduces the Sorcerer as a new playable class as well as a new region known as Grymforge. Along with the new class and location, Patch 6 brings with it a huge graphical upgrade. Check out the trailer detailing the Sorcerer above and read below for more info:

Along with new content, this update comes with a huge graphical upgrade, lethal new weapon actions, and hours of fresh content to explore. Forging the Arcane is available to play immediately following the live show today, October 14 — so long as the office doesn’t flood (again). 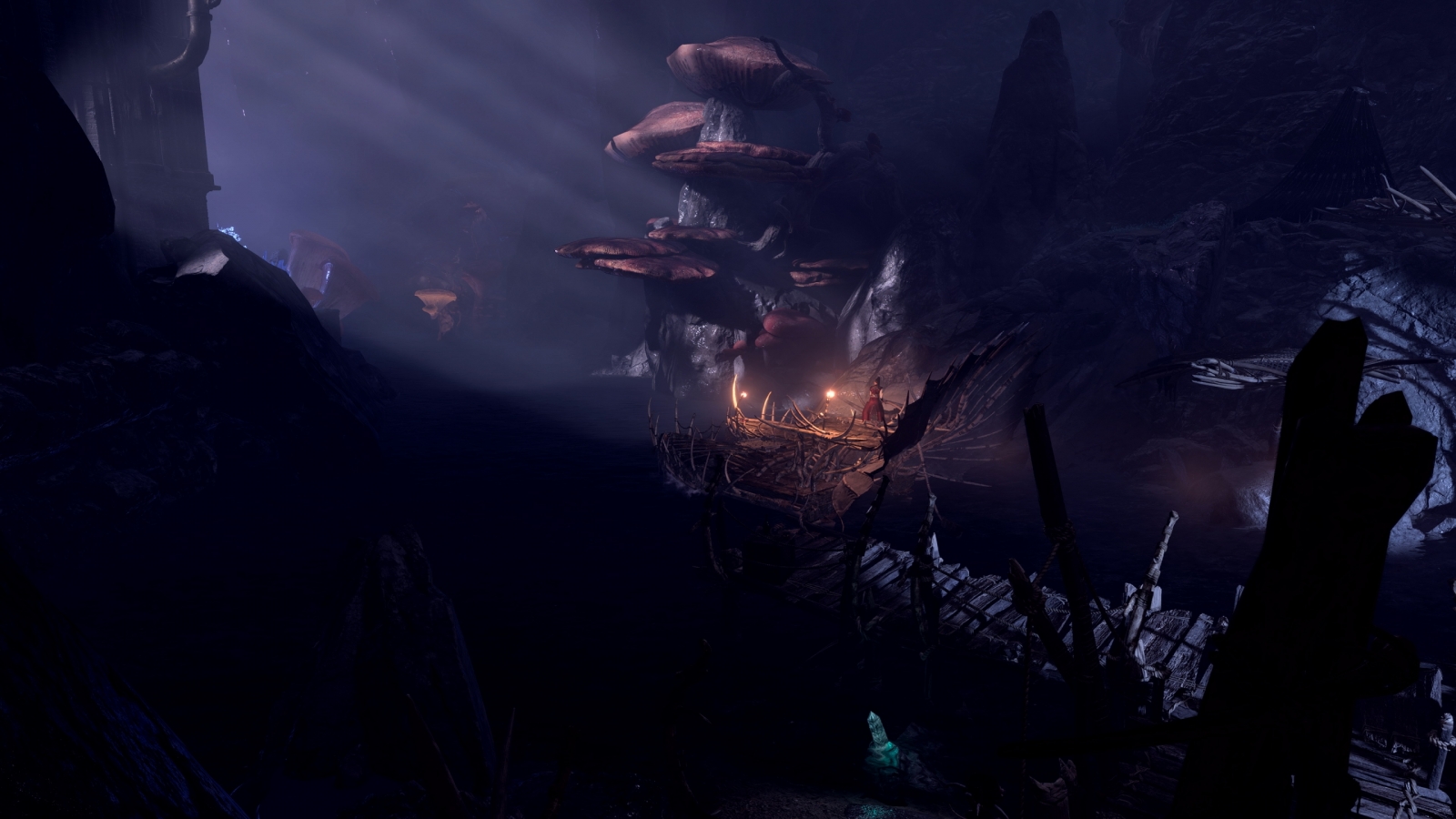 Sorcerers are the latest playable class to join Baldur’s Gate 3, and these powerful magic-wielders are a force to be reckoned with. Harnessing powers from within, the Sorcerer class adds new spells to the game in addition to their signature ability, Metamagic.

Metamagic allows you to adapt your spells in the heat of combat. With it, you can increase a spell’s range, duration, or hit two enemies simultaneously, among other powerful variations — making you a powerful and unpredictable presence in battle. Metamagic can be used alongside other casters for devastating effects, and it’s great fun in online co-op multiplayer!

Sorcerers feature two subclasses, each with their own strengths, abilities and visual design: Wild Magic and Draconic Bloodline.

Wild Magic: Wild Magic Sorcerers embrace chaos and chance, using their Tides of Chaos ability to manipulate the forces of fate. This ability allows them to gain advantage on attack rolls, ability checks, or saving throws, boosting their powers during combat. In turn, a Wild Magic Sorcerer can find themselves on the receiving end of a potential random effect. Examples include putting everyone around you on fire, gaining teleport as a bonus action or summoning a hostile mephit!

Draconic Bloodline: Draconic Bloodline Sorcerers possess magical abilities passed down through their dragon ancestry. Their faces etched with colored scales, they wield powers that correspond to the dragon they descend from. A Draconic Bloodline Sorcerer whose blood has mingled with a Red Dragon will gain additional benefits for fire spells, while dragon ancestors of other color-types can offer abilities relating to Acid, Lightning, Cold, and Poison. Additionally, this subclass receives an extra hit point with every level gained, making them powerful adversaries.

With a magic class comes new spells, including:

Horrific Visage: A new Tadpole Action that makes your enemy bleed and allows the Sorcerer to leech a Sorcery Point off of them.
Enlarge/Reduce: This new spell alters a character’s size, affecting their physical stats in the process.
Chromatic Orb: A powerful new single-target nuke that allows Sorcerers to hurl a sphere of energy at their foes.
Cloud of Daggers: This spell protects the caster, surrounding them in a cloud of flying daggers.
Crown of Madness: As the name suggests, this spell sends an enemy mad, and can cause them to attack their nearby allies. 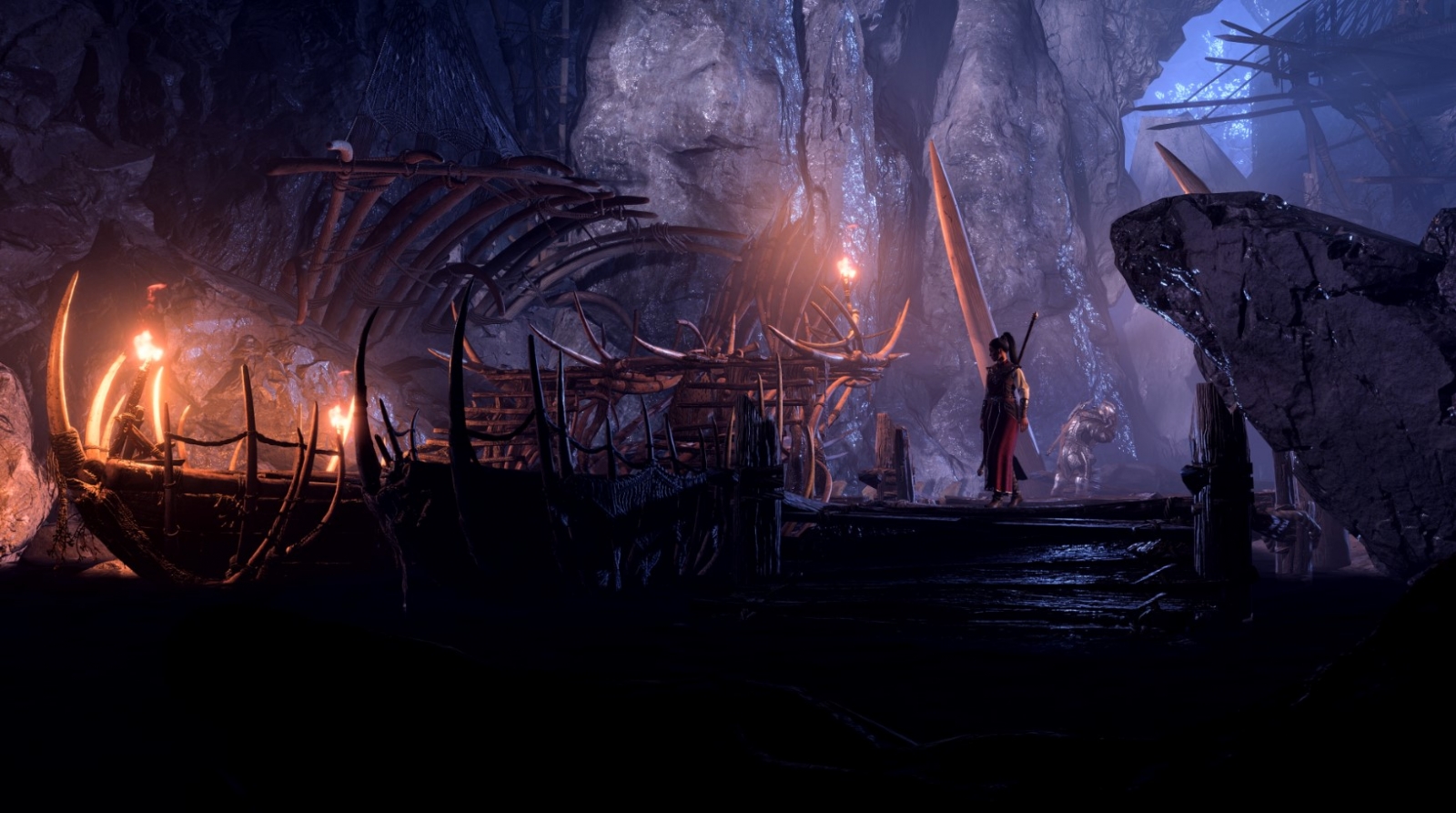 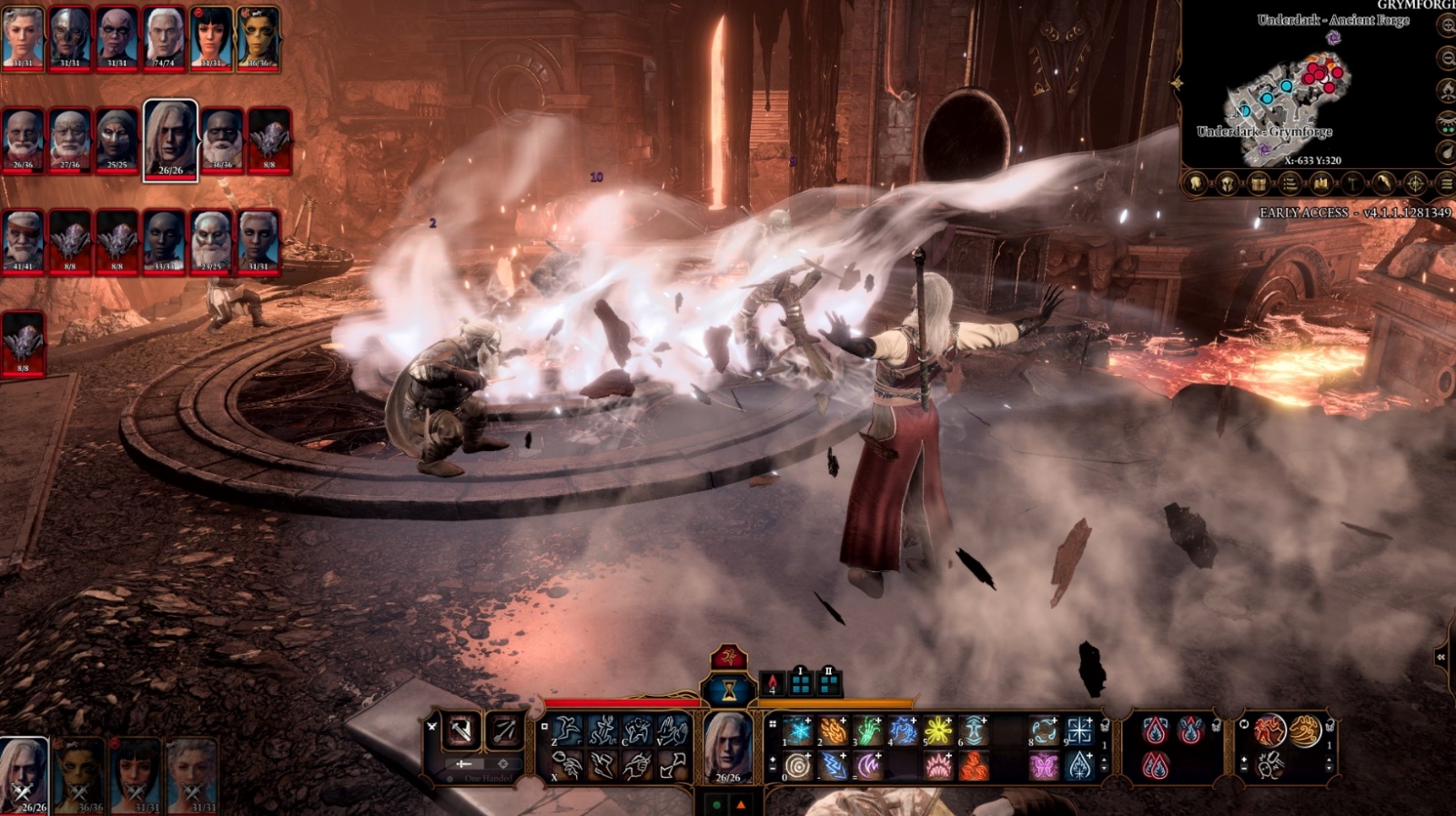 Forging the Arcane isn’t just for magic wielders — this update also improves melee and ranged combat. If you are proficient in a weapon, you can now gain up to three lethal signature moves. Smash an enemy’s chest and reduce their actions with the new Heartstopper move, target an enemy’s hands with a non-lethal Weakening Strike attack, or hit an enemy with all your might and daze them with a Concussive Smash.

These changes and additions to weapon actions are designed to give melee players more diversity and strategic agency, emulating the imagination of the tabletop game and bringing melee classes in line with how they’d dream up actions while playing D&D. For the full list of weapon actions, please refer to the patch notes.

Baldur’s Gate 3 has grown in size with the addition of a new region: Grymforge.

Grymforge is an ancient Sharran fortress accessible through the Underdark, where rivers of lava and fire illuminate its darkened halls and chambers. Featuring new questlines, cinematics, complex combat encounters, and characters who we can’t wait for fans to discover, Grymforge promises hours of new content for you to explore and uncover.

Grymforge. A name all but forgotten, but for those taught to fear it. This ancient fortress lurks where the shadows of the Underdark grow bleakest, and where the rivers of magma run hottest. The past and present collide within these sinister corridors, exposing old secrets to new masters, and making harsh demands on all who dare journey there.

Gather your party and cross the Ebonlake to Grymforge. Face new challengers and new choices, each more intriguing than the last. But come prepared: in halls and chambers dark as these, you can’t trust just anyone. You’ve reached the crossroads, adventurer. Which path will you take?

Baldur’s Gate 3 has received a graphical overhaul taking its visuals to the next level. In this update, we have made substantial improvements to Faerun’s visual depth, implementing directional and volumetric lighting, applying fresh colour grading throughout, introducing new particle effect techniques, as well as real-time clouds, atmospheric scattering, volumetric fog, and other visual upgrades that make the game look better than ever before.

With patch notes nearing 11 pages in length, the updates and improvements we’ve highlighted here only scratch the surface of what is available in Patch 6. From new orchestral music to Turkish language accessibility, we haven’t even mentioned the equippable combat-salami.

There are a great many visual and cinematic tweaks and changes addressed in the patch notes, but one other highlight includes cosmetic damage and dirt, based on a character’s HP. This ranges from sweat, dirt, bruises and blood, depending on how much you’re failing at being a hero.

If you missed it, be sure to watch the Panel From Hell 4 VOD for all the latest news on Forging the Arcane, and check out the community update that goes into greater detail about all its features and improvements.

Stay tuned to Gaming Trend for more info on Baldur’s Gate 3 and for all your gaming, tech, and entertainment news!