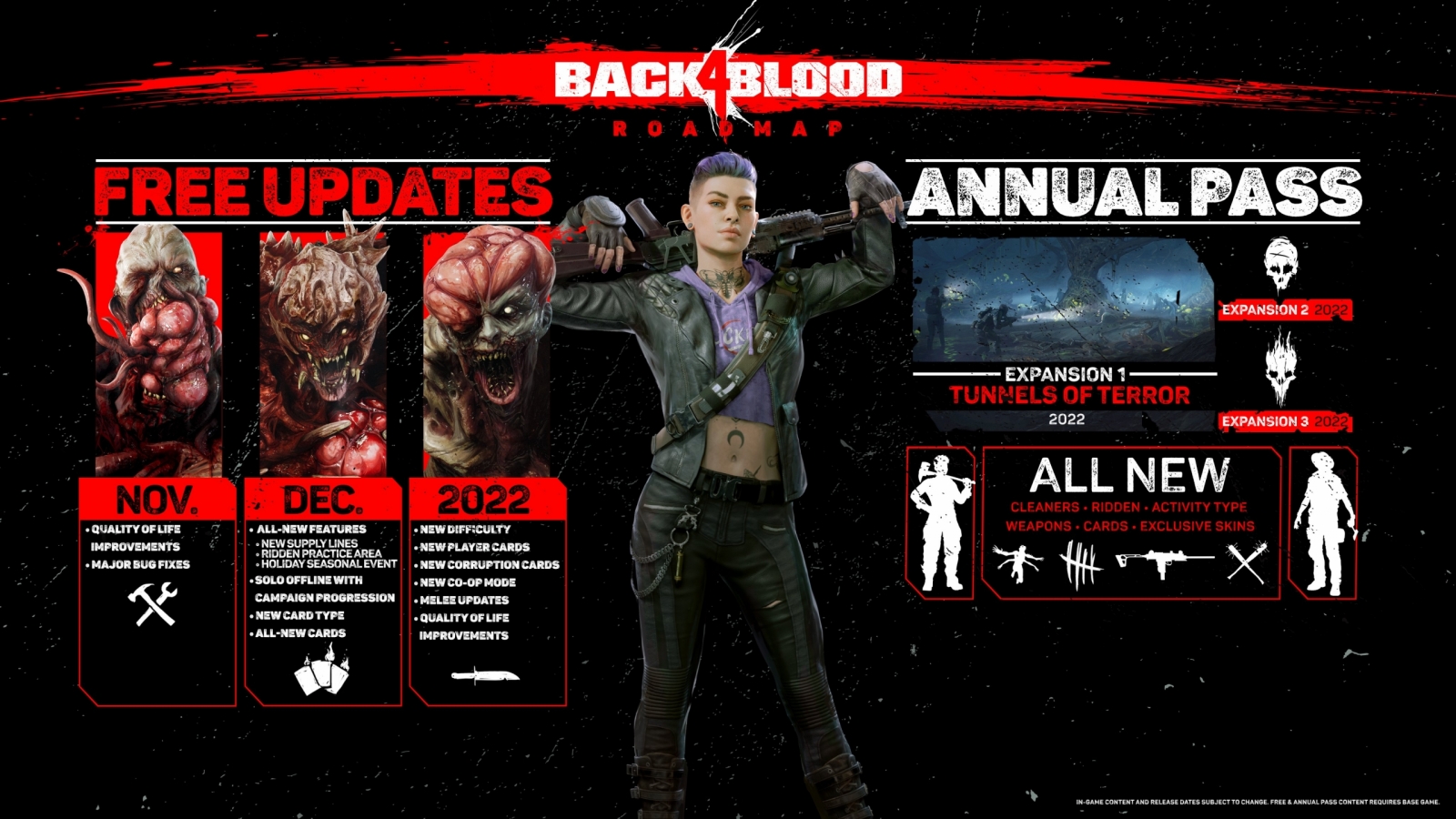 Back 4 Blood has been out for a few weeks now, so of course as fans have beaten the game they’ve naturally begun to ask, “what’s next?” Well today Warner Bros. Games and Turtle Rock have announced their plans for post-launch content, including free updates, an annual pass, and the much requested solo mode with campaign progression. Read below for details:

Below is a full rundown of upcoming free updates:

Stay tuned to Gaming Trend for more info on Back 4 Blood and for all your gaming, tech, and entertainment news!