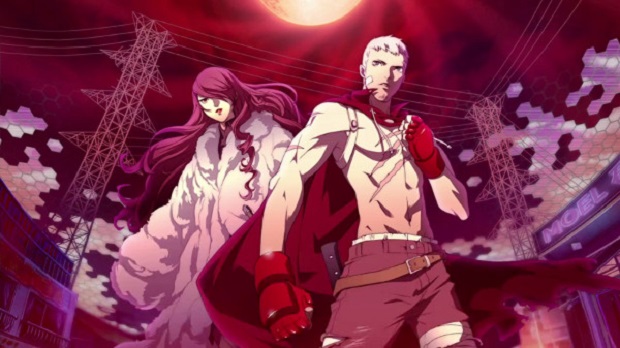 Persona 4 Arena Ultimax is out in Japan today, and Altlus is pleading that fans not spoil the game for others ahead of its release in other territories.

If you go to the game’s Japanese website an overlay of the Shadow version of the game’s mascot Teddie will appear, letting fans know that he will not be tolerating any spoilers for the game.

“Spoilers for the story content of Persona 4 Arena Ultimax are strictly forbidden… Those who would ignore this warning shall be cursed with:

-‘Being stuck in the corner of the screen and never being able to escape’
-‘Having your character constantly accidentally counter-block, and thus having them continuously jump backwards like an idiot’
-‘Having countless fan mail spam your mail account day and night’

and other cruel ‘death’ curses, and shall suffer for all time…”

Next to Shadow Teddie’s threats, there’s a direct message from Atlus.

“‘A request from Atlus’

We would ask that players refrain from posting story spoilers on video sites, live streams, and social networking services like twitter. Similarly, posting videos before release of the game is strictly forbidden. We ask that players be considerate so that others can enjoy our game as much as possible.”

Persona 4 Arena Ultimax is coming to North America on September 30th for PlayStation 3 and Xbox 360. Recently, Atlus has been showcasing the game’s roster with trailers for both new and returning characters, as well releasing the game’s intro for fans to view.

For more on Ultimax, check out our preview from this year’s E3.