Atari 50: The Anniversary Celebration, the recently released retro collection which has earned rave reviews from critics and players alike, just released an accolades trailer. The collection features 90 games, including 6 brand new titles, along with videos and materials diving into the history of Atari. You can check out the trailer above and read below for more info:

The semi-centennial celebratory festivities continue as today, Atari and developer Digital Eclipse share the latest accolades for Atari 50: The Anniversary Celebration in the form of a new trailer.

A digital romp through Atari’s past and a peek into the creative minds that built the video game industry, Atari 50: The Anniversary Celebration has garnered massive praise from critics and fans worldwide. In the all new trailer, see what reviewers are saying about this “one collection to rule them all.” 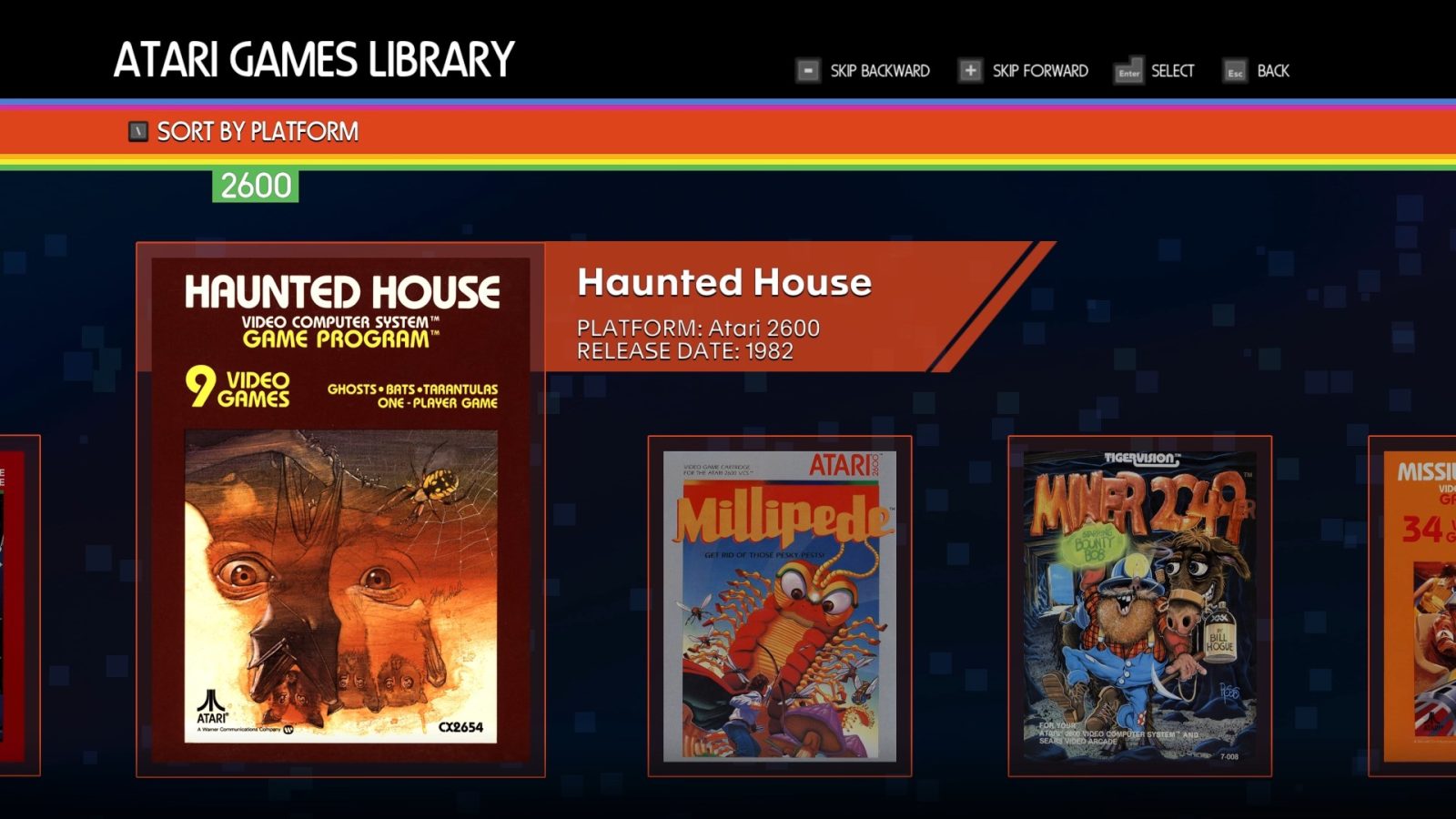 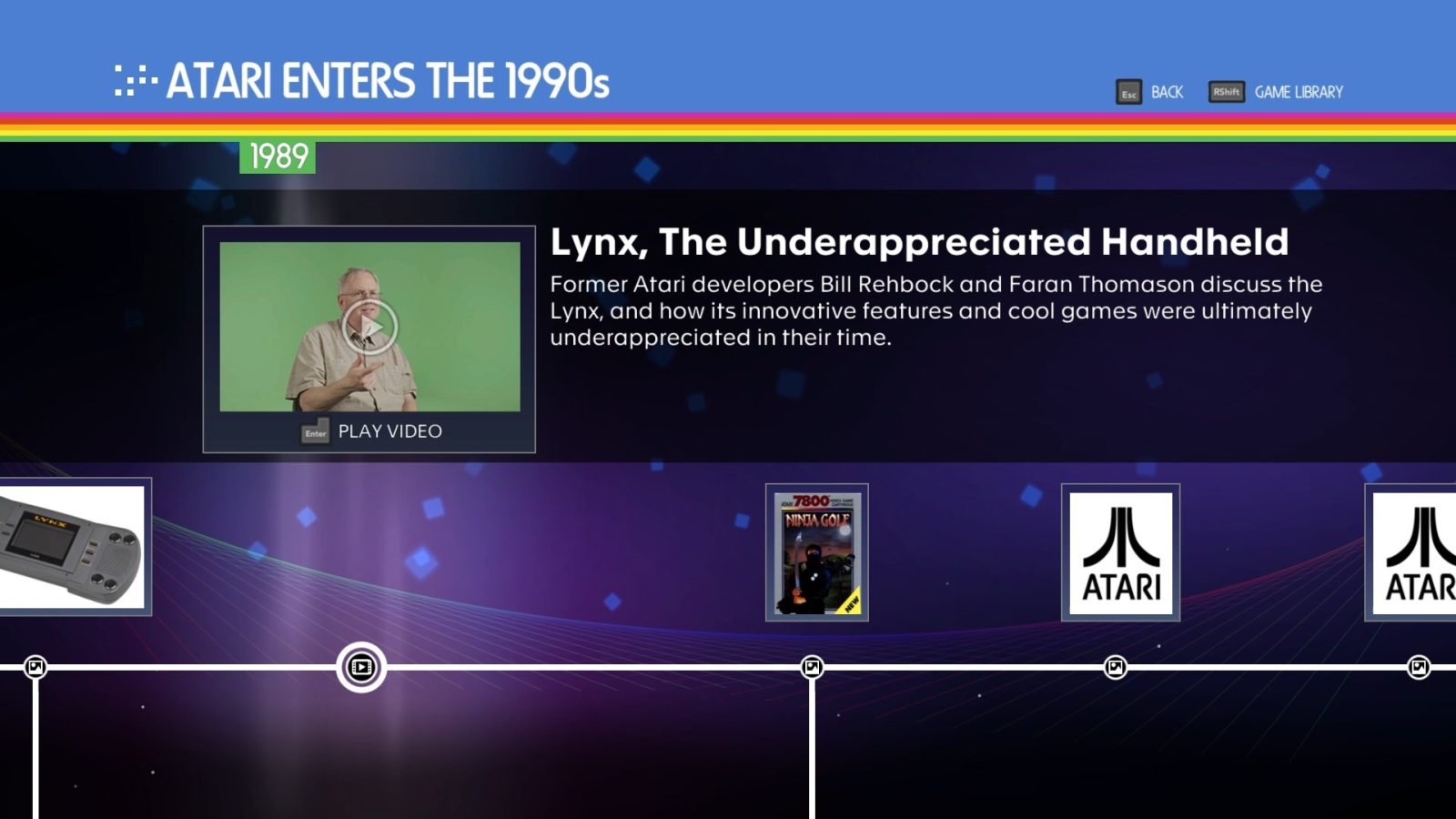 Available now on PC and consoles, Atari 50: The Anniversary Celebration is a true Criterion-styled interactive compilation and love letter to the people and experiences that built the video game industry five decades ago. Explore beloved classic games through a new lens, hear from the designers and programmers that made it all happen, and watch exclusive documentary footage never before seen, along with other key artifacts. Additionally, Digital Eclipse has introduced a selection of newly reimagined games based on classic favorites, including AirWorld, the final and missing installment in the infamous Swordquest series.

Stroll through the decades across coin-op, 2600, 5200, 7800, Atari 8-bit computers, Lynx, and Jaguar consoles to get a taste of the magic Atari introduces to the home entertainment era. Between early concept schematics, development sketches, internal memos, developer commentary, photos, short films, and more, you’ll come out the other side a true Atari historian. 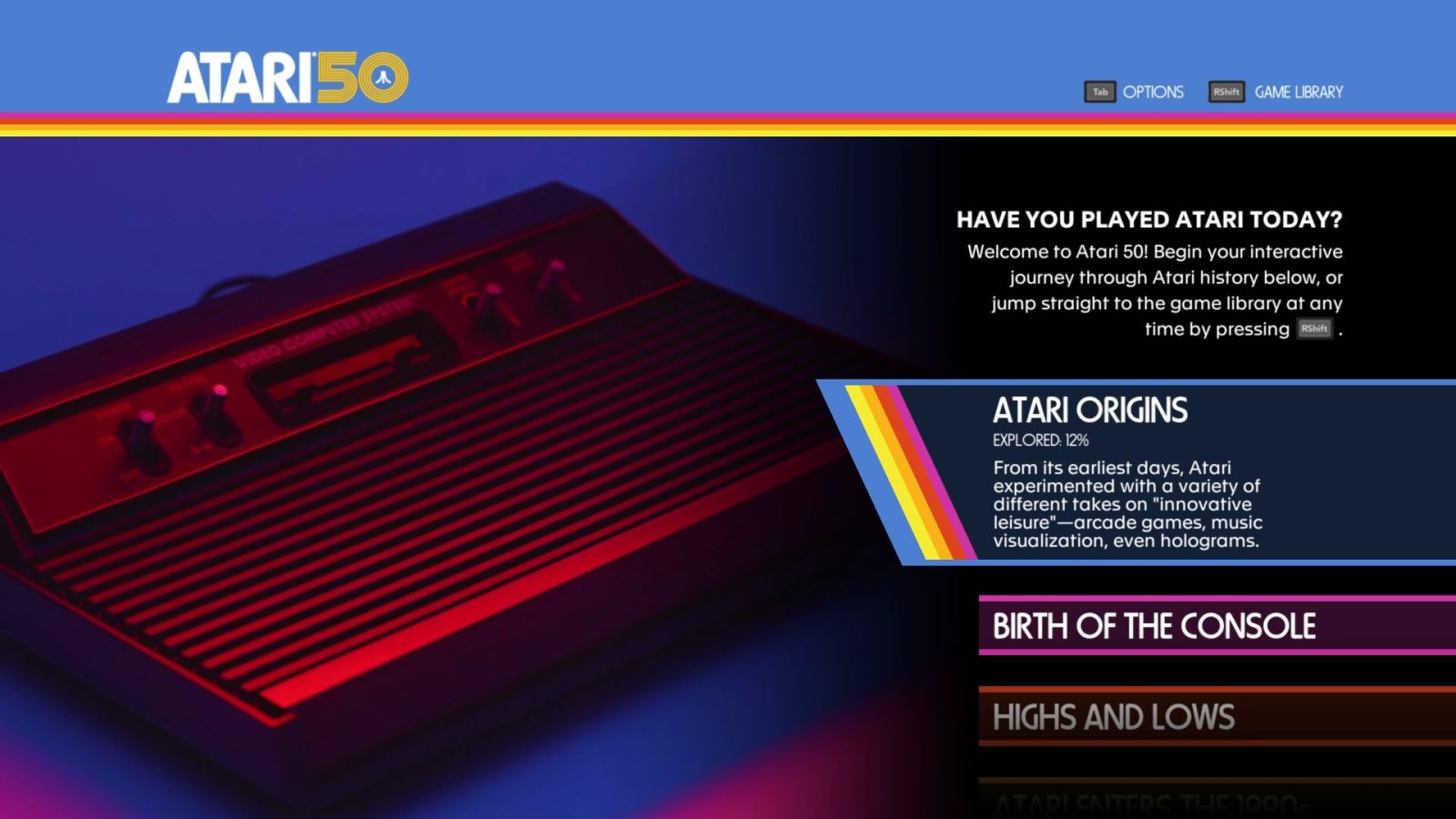 “More than just a retro compilation, [Atari 50] is a fascinating attempt to create an interactive history of Atari, that goes above and beyond in terms of trawling the archives and creating new remakes.” — Metro

“The biggest compliment I can give it is that I now want this for every retro collection.” — The Verge

“Collections of classic games are nothing new, but Digital Eclipse raises the bar with Atari 50: The Anniversary Celebration.” — Giant Bomb

Developed by Digital Eclipse, Atari 50: The Anniversary Celebration is available now on Nintendo Switch, Xbox One and Series X|S, PlayStation 4|5, and Windows PC via Steam and GOG for $39.99.