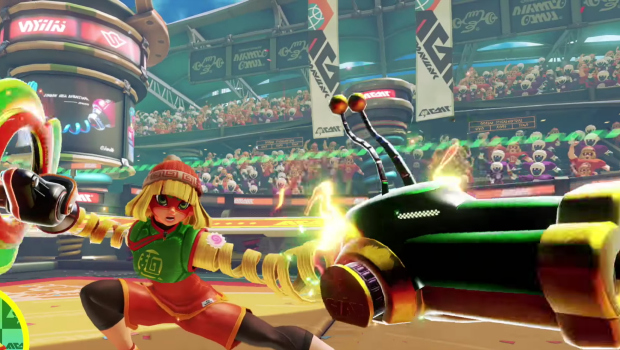 During the live-stream announcement, Nintendo revealed a wide range of customization options for ARMS fighters, glove types, and move sets. The game’s idiosyncratic extending arms will come with different abilities and elemental classifications like Fire, Electric, Ice and Wind, while character classes will feature unique combat abilities. (In the video, characters Min Min and Spring Man show off respectively unique counter attacks in a sparring match.)

Fighters can have two different types of arms equipped at once (right and left) at a time, allowing plenty of room for experimenting with different combinations of arms and character classes.

Characters also appear to have some outrageous abilities, like transfiguring their arms into a dragon. There’s a whole lot of other wacky looking details in the video above.

ARMS is set to be a Nintendo Switch exclusive and will be playable using both standard controls and motion controls. Nintendo made a bunch of other announcements during today’s Nintendo Direct, including a new game mode coming in the Splatoon sequel.