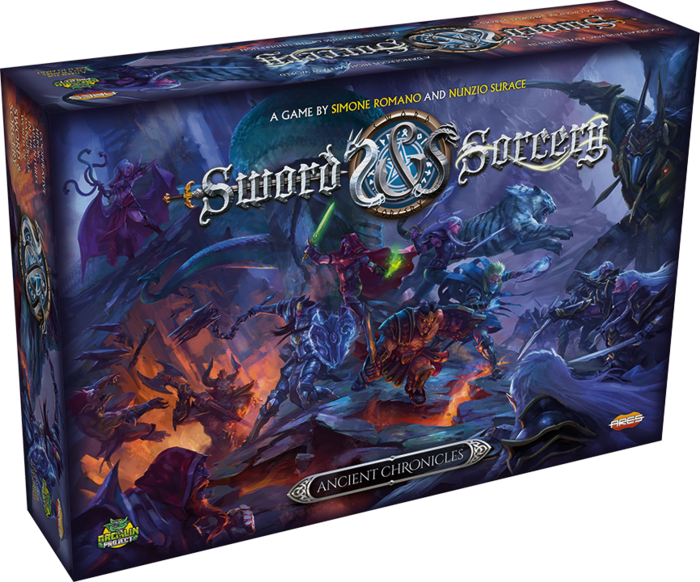 Areas Games has released details about their new stand-alone core set and campaign for their cooperative dungeon crawler, which recently finished shipments to Wave 1 Kickstarter backers. Details on the game are below!

Sword & Sorcery Ancient Chronicles, the new stand-alone core set and campaign for Ares Games’ best-selling cooperative “dungeon crawler,” is now releasing to retail, after the fulfillment of Wave 1 of the Kickstarter. Ancient Chronicles brings the Sword & Sorcery game system to the next level, with new features enhancing the storytelling and broadening the scope of the players’ adventures, introducing a greater variety of Enemies, and more possibilities for the Heroes.

Sword & Sorcery Immortal Souls, the first campaign using the game system, was released four years ago and it is acclaimed one of the best cooperative dungeon-crawlers on the market. 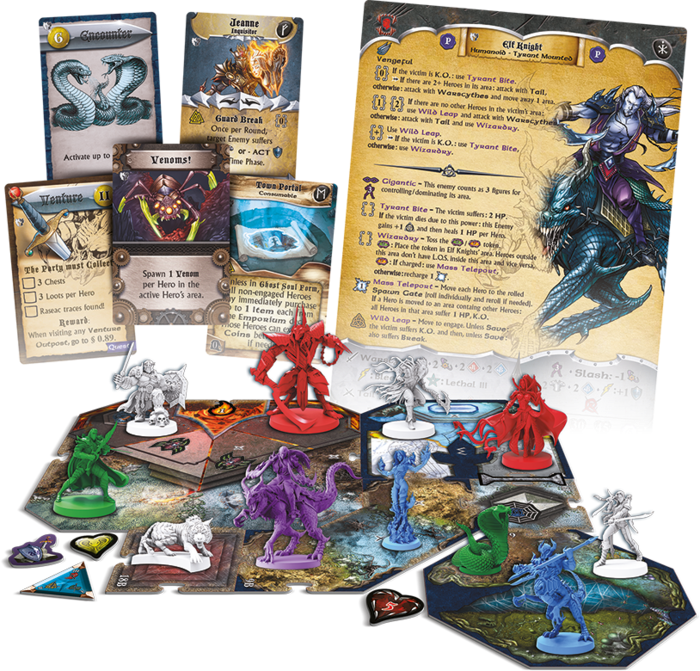 Ancient Chronicles is a new entry point to Sword & Sorcery, suitable both for newcomers and for players who already completed the previous campaign, Immortal Souls. This new core set is fully compatible with previous releases, as heroes and monsters can cross over from one campaign to another. Ancient Chronicles presents everything players need to play together with the Quests of the first Act of the new campaign, which is set in the distant past of the events narrated in Immortal Souls. Ancient Chronicles includes five new Heroes and two Companions, valuable allies for the players and features 12 different Enemies – controlled by the sophisticated AI system which is one of the strong features of the game. A new type of monsters appears in this set for the first type: Minions, small but dangerous critters attacking as hordes.

Ancient Chronicles features ultra-detailed 32mm scale plastic figures, and modular map tiles to create endless combinations of scenarios. The Heroes journey on a kingdom map to explore the world outside of the “dungeons,” using a sophisticated combat and magic system to fight enemies, and experiencing a deep narrative campaign, following the stories proposed by the Book of Secrets, a story system which allows the players to explore different paths each time they play.

For more information about Sword & Sorcery Ancient Chronicles, read the overview of the new campaign and visit the Sword & Sorcery section on Ares Games website or the game’s dedicated website – www.sword-and-sorcery.com.

Stay tuned to Gaming Trend for more details on Sword & Sorcery Ancient Chronicles as they are released!