Those who grew up in the heyday of arcades remember Centipede fondly. Sure, it may have stolen all your quarters, but the game – as simple as it is compared to modern games – has stood the test of time. Lately,there has been quite a resurgence of interest in classic arcade games and it looks like Atari is ready to update Centipede for modern times. Enter Centipede: Recharged, a frantic, colorful update which still manages to retain the core features which made the game great in the first place. 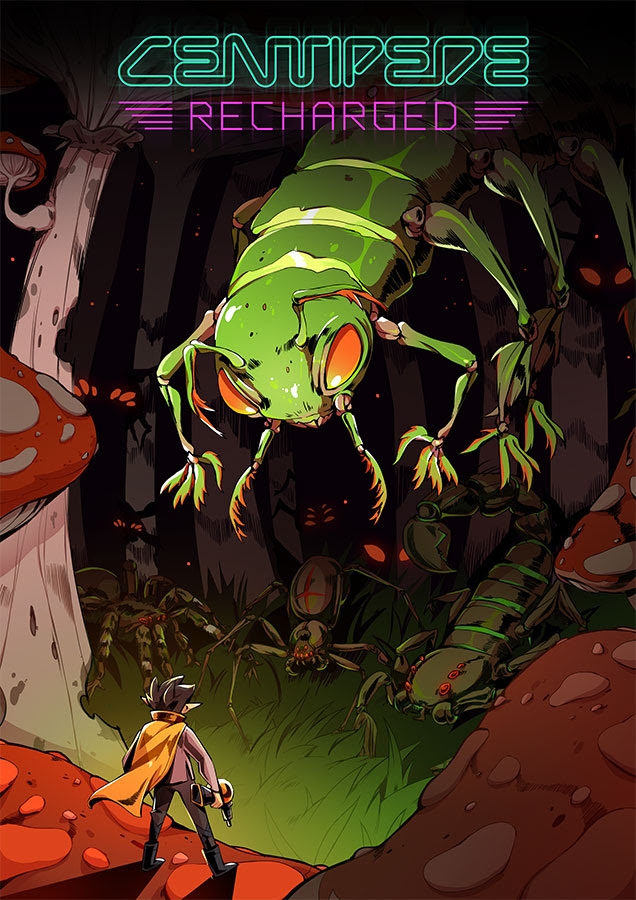 Initiate insect extermination in this widescreen glow-up of one of the greatest arcade games of all time. The rules are the same as 1981: shoot the centipedes as they descend the playing field, and contend around the shot-blocking and path-altering mushrooms they leave behind. New to Centipede: Recharged are power-ups dropped by the spiders, such as explosive bullets, spread shots, and a devastating railgun. 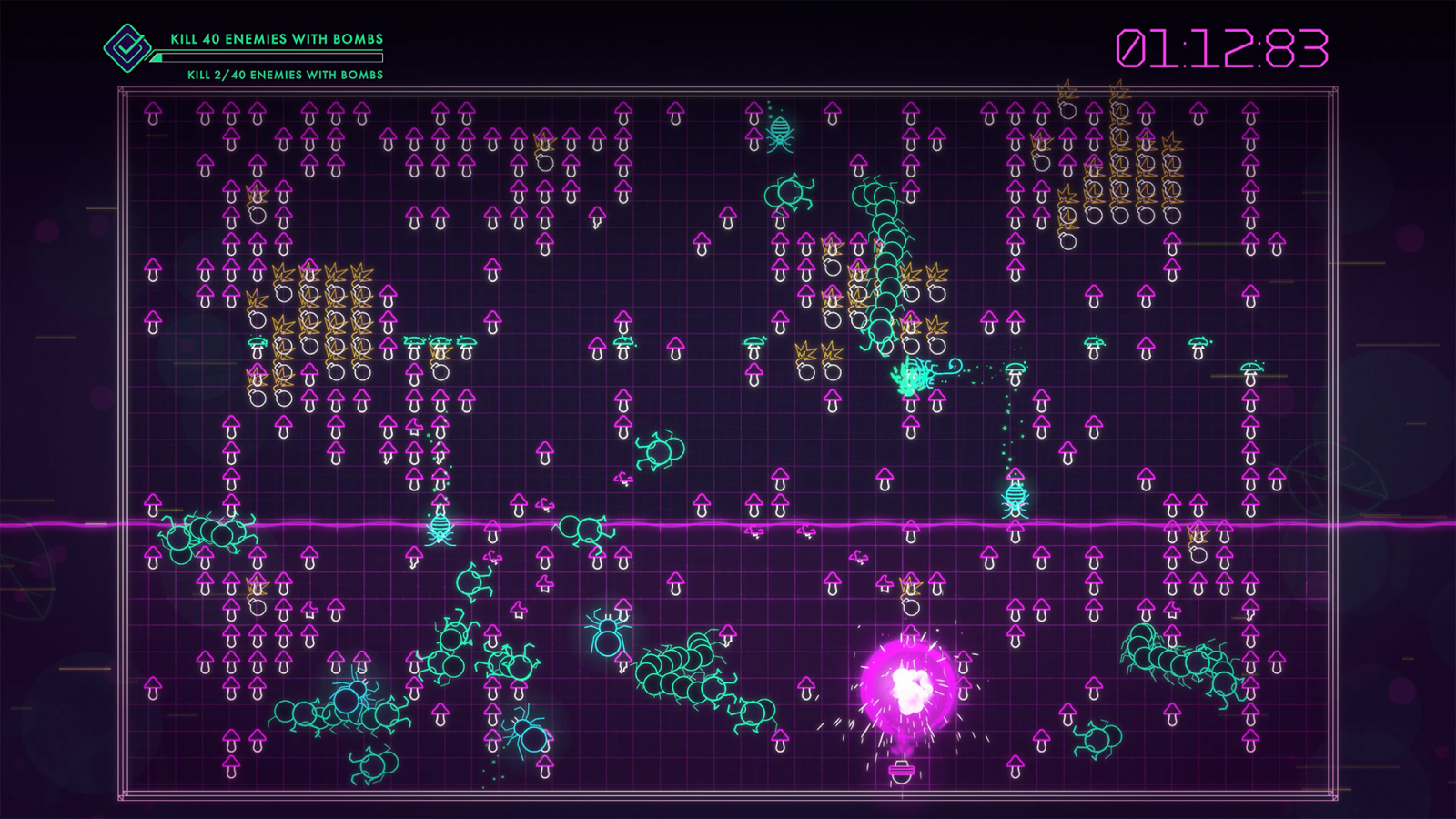 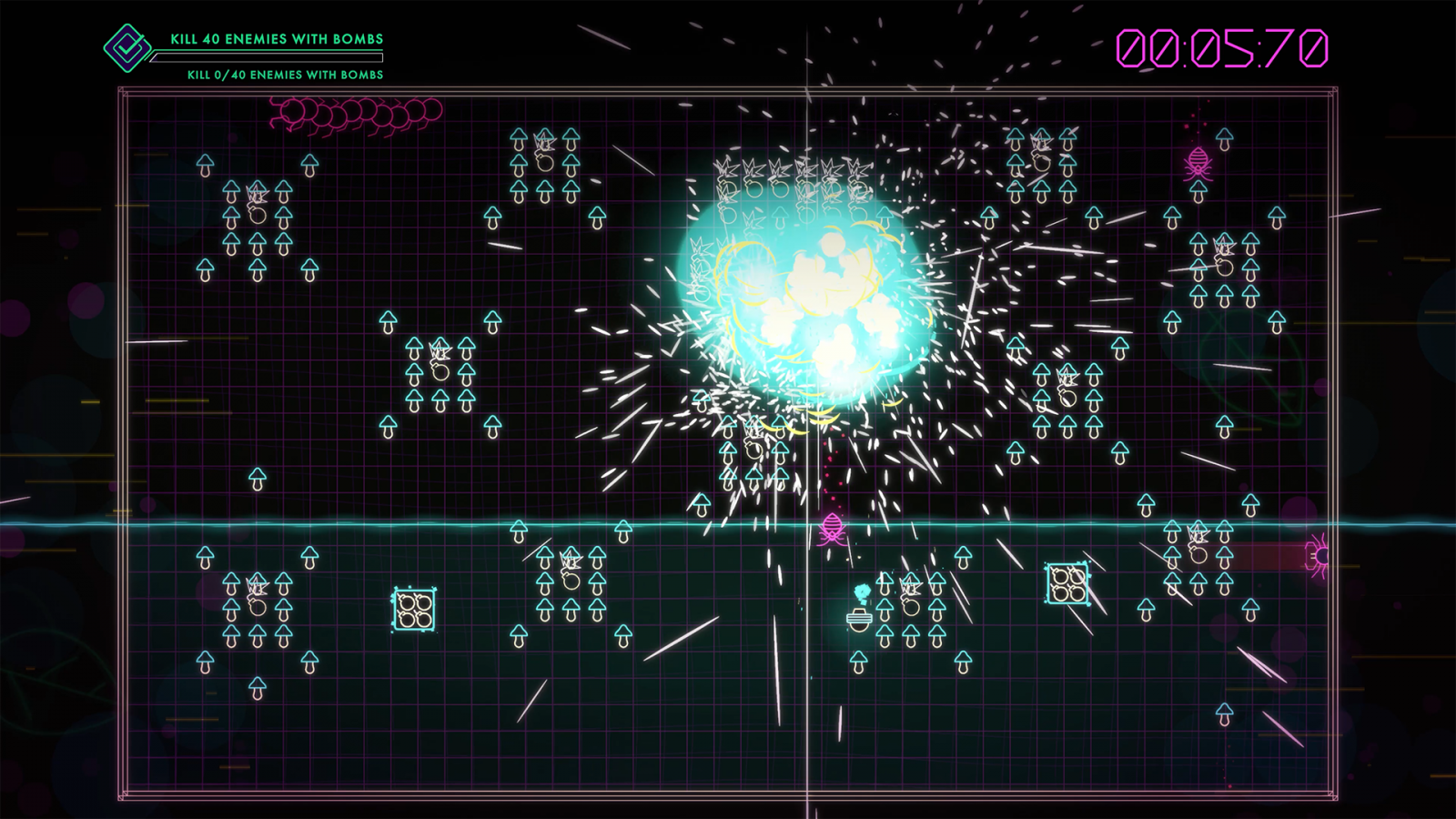 Fight for high scores in Arcade mode either solo or with a new simultaneous couch co-op feature. Tackle more than two dozen challenges that test bug-shooting prowess and introduce clever uses for the new powerups, with additional challenges exclusive to the Atari VCS. Take it to the next level with global leaderboards for the best records in the world, and earn more than 15 achievements, complete with a Platinum trophy on PlayStation 4 and 5.

Groove to the 80’s-inspired electronic soundtrack by award-winning composer Megan McDuffee, with the first single from the game’s soundtrack available now on Bandcamp. Vibrant, clean graphics clock in with 4K resolution and 120 frames per second output on the PlayStation 5 and Xbox Series X, with support for up to 240 Hz on PC, all keeping the lightning-fast and chaotic chitinous carnage smooth, stable, and seriously fun.

Centipede Recharged is the first title in Atari’s new premium gaming initiative, which will revitalize some of Atari’s legendary portfolio of titles for modern platforms. Atari VCS players can enjoy exclusive Challenges and full support for the new Atari Wireless Classic Joystick.

“We’re so excited to bring these classic, genre-defining games to modern consoles,” said Wade Rosen, CEO, Atari. “Our goal is to create faithful adaptations that ooze with nostalgia and style, and we’re looking forward to providing that to the old school fans that loved Centipede as kids, and a new generation of players who appreciate high-quality arcade action and 80’s aesthetic.” 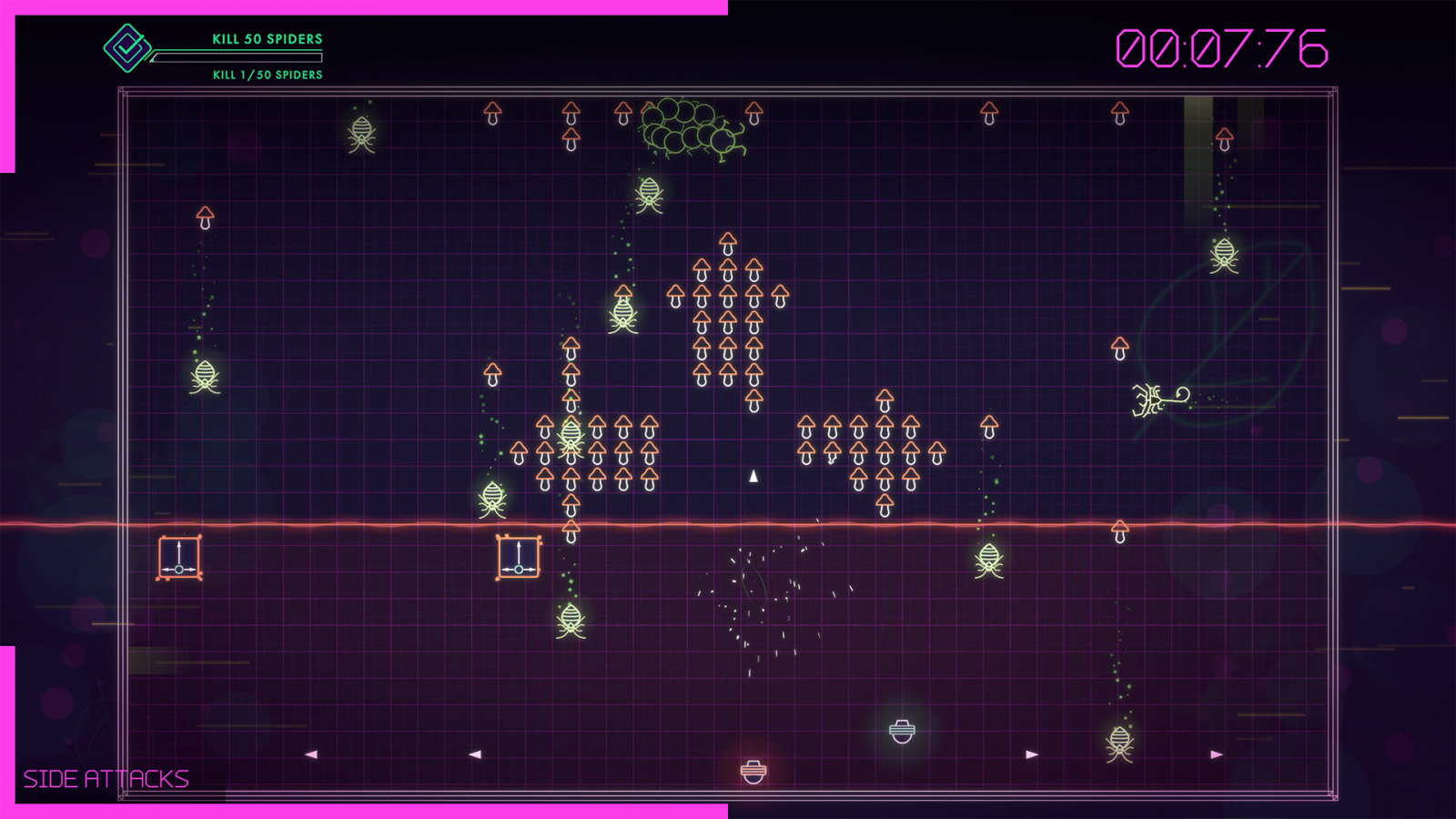 Stay tuned to Gaming Trend for more info on Centipede: Recharged as it is released!