STOCKHOLM – November 17, 2021 – Paradox Interactive, a publisher and developer that always wears a lifejacket, today announced that the Aquatics Species Pack will dive into stores on November 22, 2021 for Stellaris on PC platforms. Additionally, the free 3.2 “Herbert” update will provide Stellaris fanatics with even more content, including an all-new civic. The Aquatics Species Pack will be available on Steam, GOG, and the Microsoft Store for a suggested price of $9.99/£7.19/€9.99* next week.

Players can expect to enjoy a phin-tastic assortment of new cosmetics, origins, civics and more with this marine-themed pack. The latest offering to Stellaris will be available to fans at a 20% discount for the first 7 days following its launch, so get your fins on and prepare to dive right in! 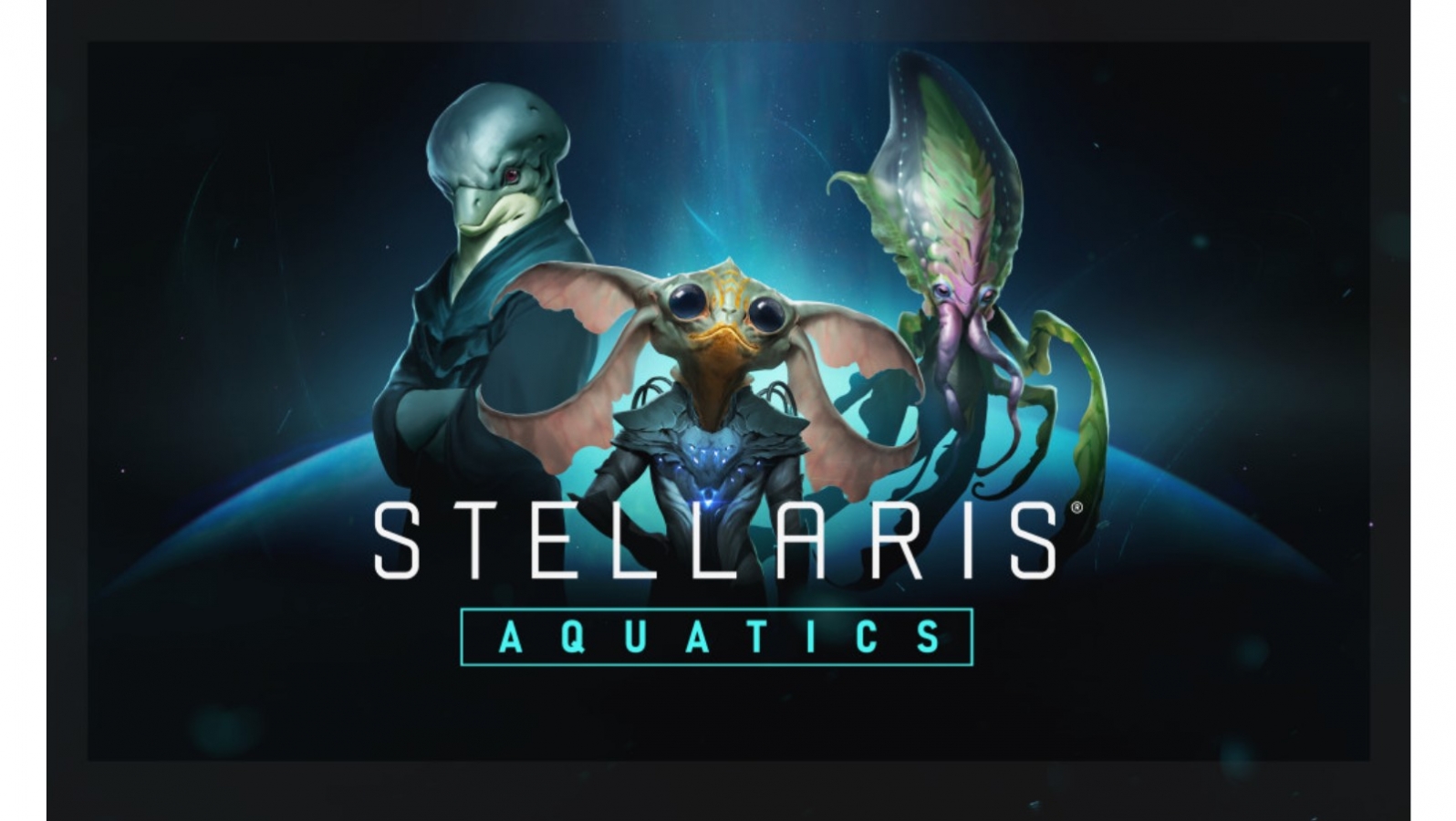 In all, the Aquatics Species Pack includes:

New Origins: Here be Dragons!: This ancient mythical beast stalks your home world, its deep sage-blue scales orbiting your humble kingdom. Your relationship with this proud creature will determine the lengths she will be willing to go to either defend or destroy you… you’d be wise to avoid displeasing it.

Ocean Paradise: These peaceful civilizations lead a peaceful life in a bountiful environment. With no natural enemies as well as food deposits and bonuses, enjoy unhindered growth and opulence.

New Trait – Aquatic: When species evolve to thrive on ocean worlds, they’re also the stereotypical “fish out of water” on others.

New Civic – Anglers: The bounties of the sea, fresh seafood and rare pearls, are but some of the benefits of a seafarer’s life. Visit the agriculture districts to cash in on these valuable consumer goods.

New Ascension Perk – Hydrocentric: When you spend most of your time underwater, you figure out cheaper and faster methods of modifying your environment. Terraform planets into oceanic worlds, or make them bigger by harvesting water from other planets. Build the sandcastles of space!

New ship set with a sleek look, designed to help you yacht your way through space.

Additionally, the release date of Aquatics will also coincide with the release of the completely free 3.2 “Herbert” patch, named after famed Dune author Frank Herbert. In addition to the standard updates and bug fixes, this patch also adds the Pompous Purists Civic to the Humanoids Species Pack, an improved ship browser to the base game, a greater variety of anomalies, and AI behavioral changes. Interested fans can read more about these additions by way of the Dev Diaries here.

*Prices are suggested by Paradox and subject to change by local retailers or regional exchange rates.

Stay tuned to Gaming Trend for more info on Stellaris and for all your gaming, tech, and entertainment news!