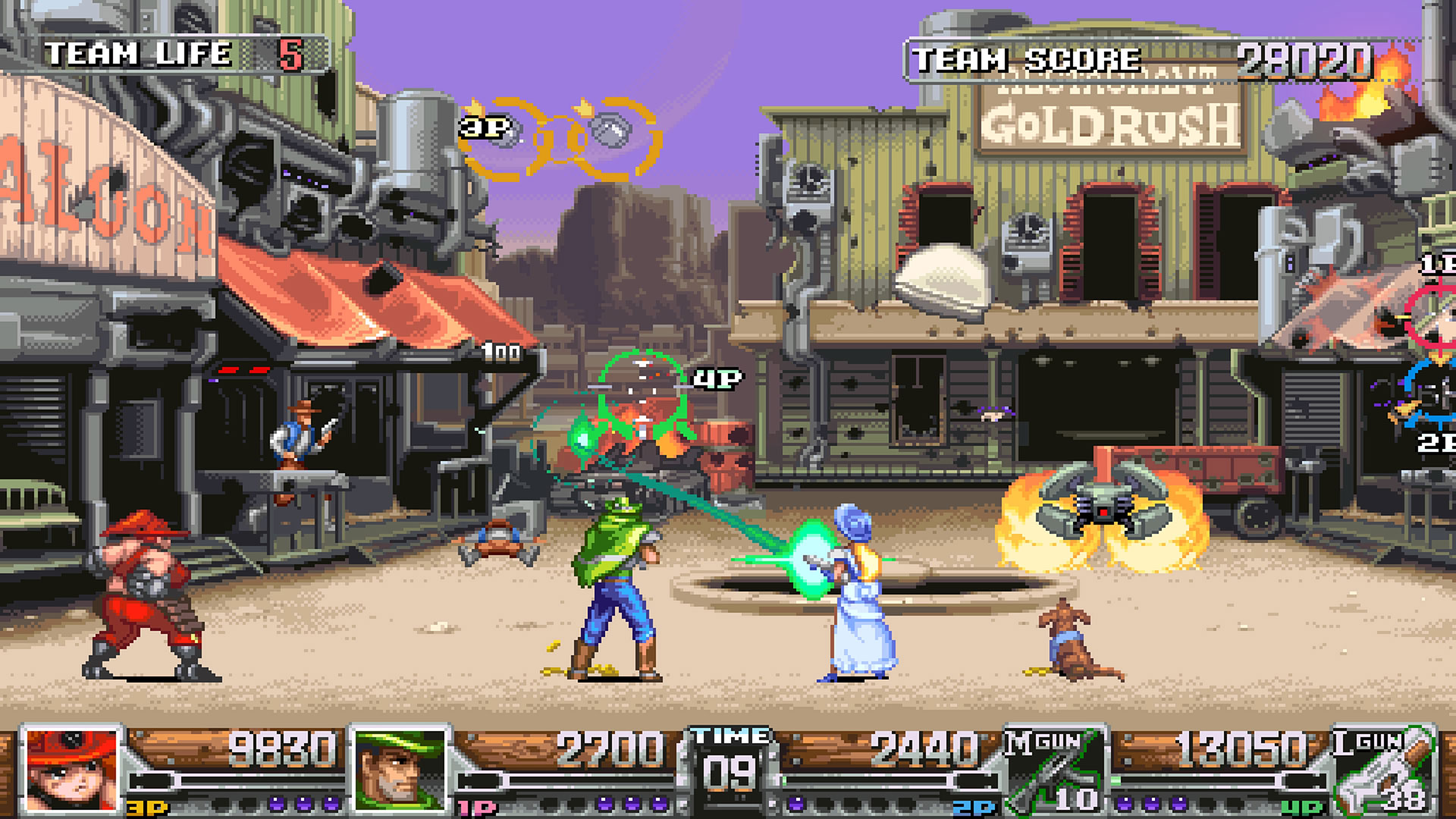 Today, Natsume Inc. announced that the popular remake of the hard-to-come by Super Nintendo classic, Wild Guns Reloaded, will be released on Nintendo Switch early this year.

Wild Guns Reloaded is a fast-paced gallery style shooter mixing the Wild West with steampunk. Players can play as Clint, Annie, two new characters, or all together in multiplayer action! Each can jump, dive and roll to get out of the way of the barrage of bullets enemies let fly – or shoot them down with their own gun!

This difficult gallery shooter can be played with up to four players as they shoot through various levels to take on the notorious Kid gang. The Nintendo Switch version of this game will offer several new features not present in the PlayStation 4 or Steam versions:

Wild Guns: Reloaded will be released on Nintendo Switch in early 2018. Stay tuned to Gaming Trend as more info on the port of this fast-paced gallery shooter is revealed.