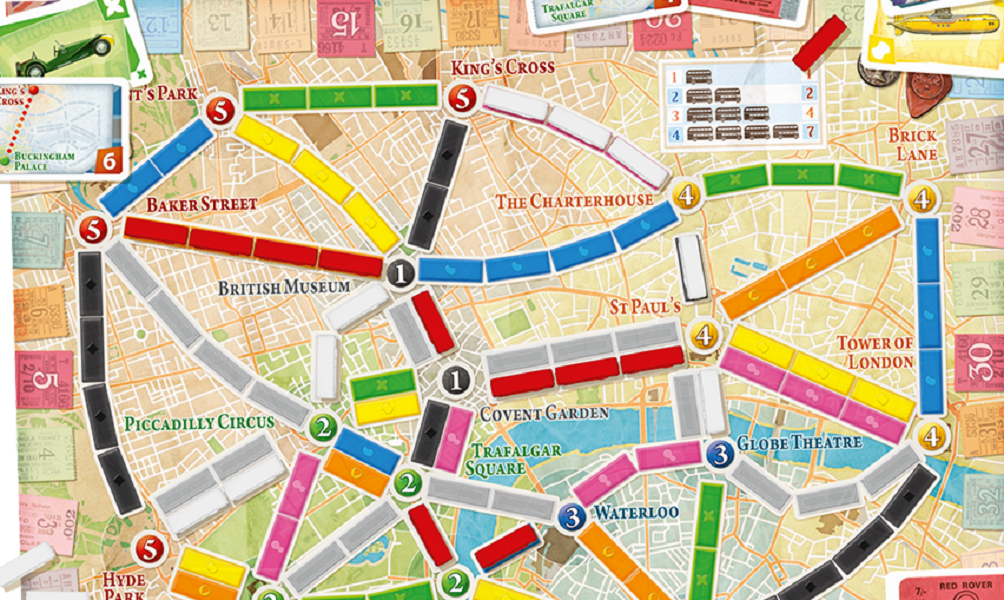 Over the years we’ve seen several iterations and expansions of the Ticket to Ride board games including ones in Europe and New York, but Ticket to Ride: London will be another stand-alone entry designed for fewer players and faster games. This iteration is for 2-4 players and is expected to last just 10 to 15 minutes and will be based on the London transportation network of the 1970s.

Ticket to Ride: London is an elegantly simple version of Ticket to Ride where players race around 1970s London to claim the most important bus lines and complete their Destination Tickets, connecting Districts in the capital of the United Kingdom. With its quick and compact format, Ticket to Ride: London is fast-paced, easy to learn in three minutes, and extremely portable—perfect for new players and veterans alike.

While the original game has routes that can require up to six trains, Ticket to Ride: London’s longest route will require just four. The board is also significantly smaller, perfect to take on the go or for a faster-paced game. The box contains 1 board map of the London transportation network, 68 buses (17 in each color), 44 transportation cards, 20 destination ticket cards, 4 scoring markers, and 1 rule leaflet.

Ticket to Ride: London will be released in North America this July for $20. For more information, visit the official website.