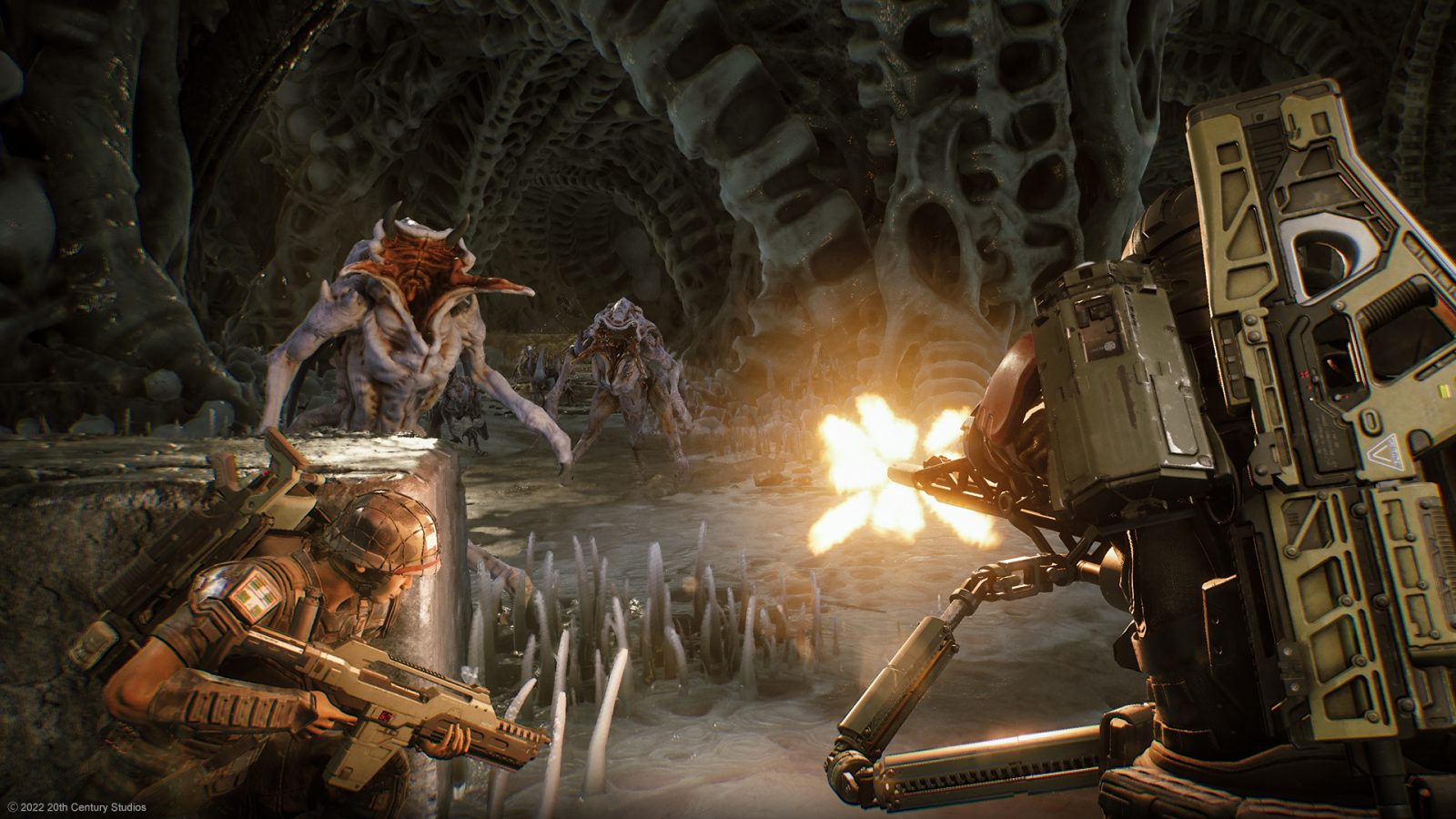 Today, Cold Iron Studios and 20th Century Games revealed the trailer for the Pathogen Expansion that will be released on August 30th. The trailer shows footage of the new boss fight, something new to the franchise. The Pathogen Expansion also comes with lots of content including some new mission, weapons, and weapon attachments. I enjoyed Aliens: Fireteam Elite when it first released, and I’m glad to see new content coming down the pipeline. Below are full details and information on the Pathogen Expansion:

There are also two new editions launching with the base game.

Pathogen introduces an all-new campaign which explores the deadly effects of the black goo infection inspired by the Alien universe. This pathogen can change not only local flora and fauna, but also any Xenomorphs exposed to it, causing them to hunt and kill anything they can find, including non-mutated Xenomorphs.

Showcasing multiple sneak peeks at what players can expect in the expansion, the new Pathogen trailer highlights players’ first ever head-to-head boss encounter in Aliens Fireteam Elite. Three-person Fireteams will have to dive deep into a mutated enemy hive to outsmart and overcome a terrifyingly mutated Xenomorph Queen.

In addition to a slew of cosmetics, weapons, and weapon attachments, all players will also get a new, free Hardcore Mode that will test their skills in increasingly difficult battles, which may result in permadeath. Alongside the July update’s Crossplay feature, it is easier than ever to find your Fireteam and get fighting!

Stay tuned to Gaming Trend for all your videogame and tech news!