The Metroidvania genre has quickly become one of my favorites, and I find myself constantly looking for the next great entry. Enter Aeterna Noctis, a gorgeous looking, action packed release that just announced their pricing details, released a new trailer, and a few screen shots. Check out the trailer above and a few details below.

Aeternum Game Studios and PlayStation revealed today new information on the upcoming release of Aeterna Noctis, one of the most anticipated Metroidvanias of this year. This epic adventure will be available digitally on December 15th on PlayStation, Xbox, Nintendo Switch, Steam, and Epic Games for $29.99/€29,99. To sweeten the deal until the release date, the development team shared a new short glimpse into the world of Aeterna Noctis. 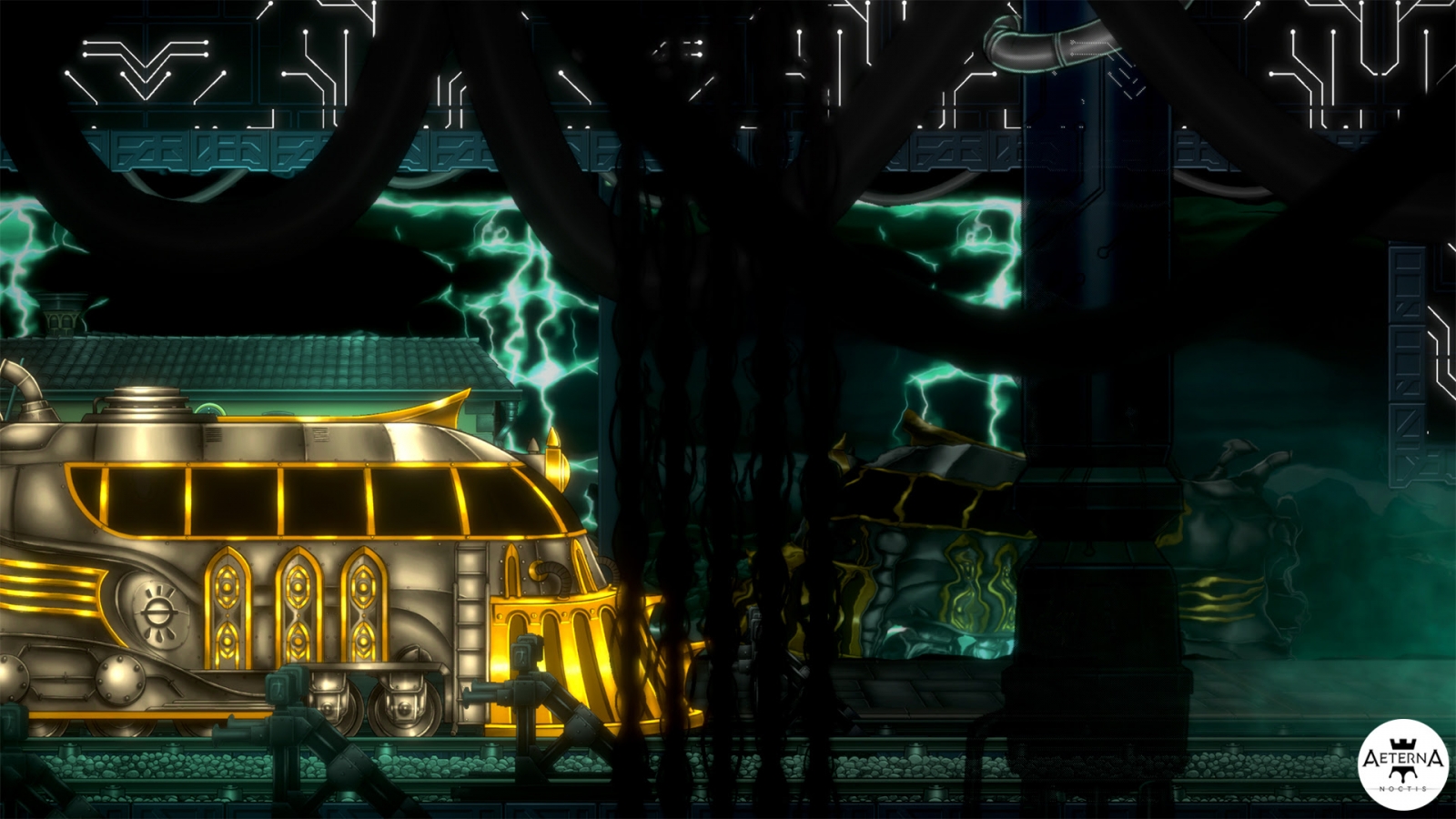 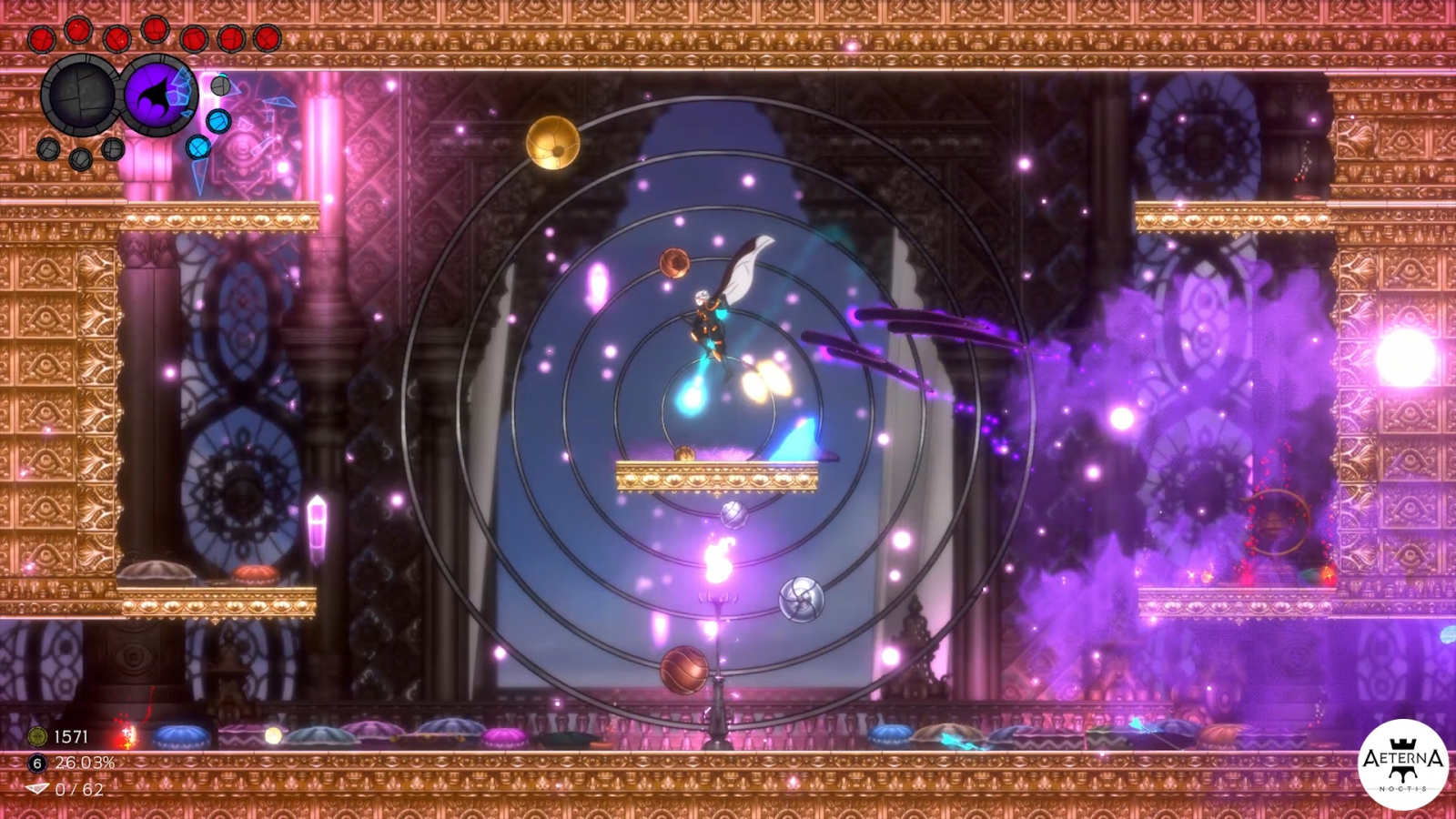 In this trailer, players will discover two areas of the map never seen before in previous trailers: the Infinite Sea, where the beautiful Temple of the Oracle is located, and an Underground Fortress led by a society of conscious machines. Also, one more surprise awaits at the end of the video: the King will face a new fearsome creature that threatens to stop him from conquering the throne of Aeterna, and judging by its height… it won’t be easy to defeat!

The trailer also contains lots of nerve-wracking action scenes that show the potential of Aeterna Noctis’ combat features. As the King goes further in his path to the throne of Aeterna, he will learn to dispatch his enemies in more brutal ways. As a novelty, it shows the strength of the axe’s hard-hitting attacks as well as a perfectly executed freefall attack with the King’s spear.

Aeterna Noctis is a 2D hand-drawn Metroidvania supported by PlayStation Spain as part of their program PlayStation®Alianzas. It tells the story of the King of Darkness and his never-ending crusade against the Queen of Light for the throne of Aeterna. Long time ago, both leaders were cursed with the gift of immortality and sentenced to fight each other until the end of days.

Players will experience this never-ending conflict through 16 challenging levels, each one chock full of dangers, each zone more different from the rest — including more than 100 different enemies, over 20 powerful bosses, and dozens of challenging puzzles. 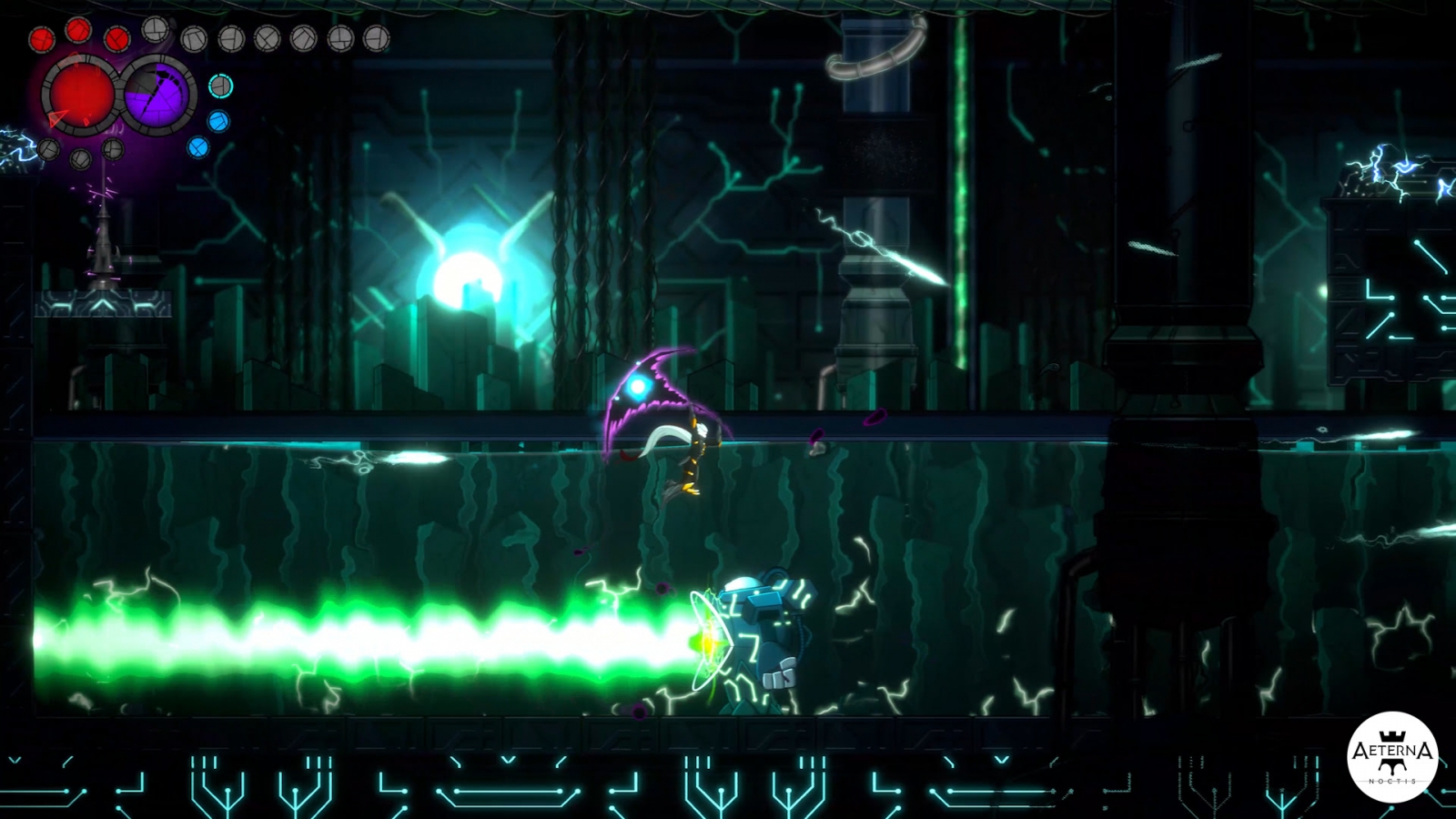 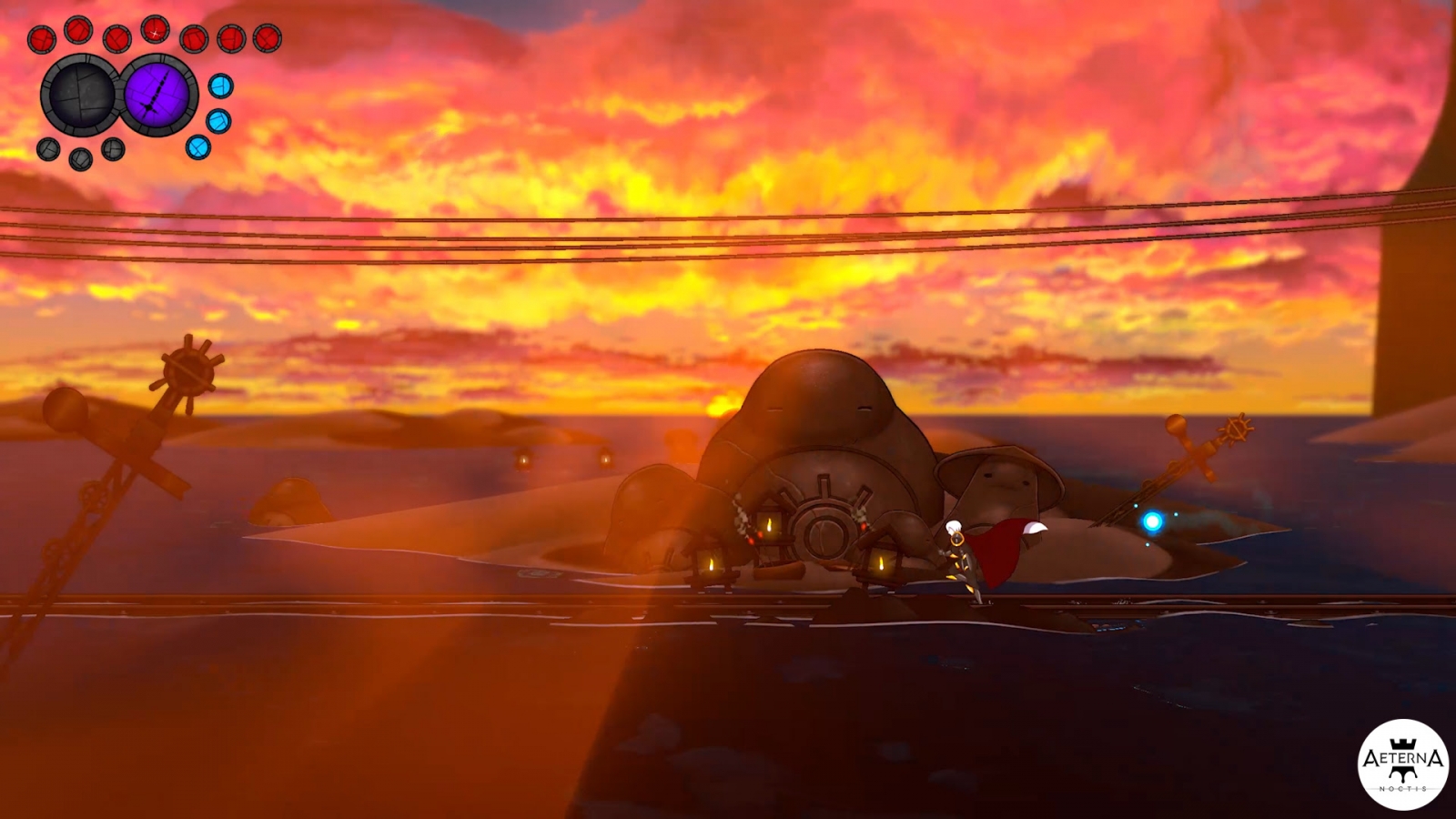 *Experience a metroidvania with a challenging difficulty. Easy to learn, but hard to master as you gain experience and unlock new skills.

*Explore the mysterious lands of Aeterna in a non-linear way. You are always the one to choose your next challenge. All the levels are designed to fully exploit the movement skills of the characters, opening multiple ways to overcome each challenge.

*Enjoy a clean and fluid gameplay designed and polished to achieve a system that responds to 100% of the actions regardless of the speed and conditions in which they are executed.

*Immerse in a deep and beautiful story. Aeterna Noctis is not just about platforms! As a proud son of the Metroidvania genre, it is also filled with fast-paced action, epic moments, and unexpected twists that will captivate even the most experienced of players.

Stay tuned to Gaming Trend for more info on Aeterna Noctis as it is released!