After the successful release of the PVP Shoot ‘Em Up Rival Megagun for both Nintendo Switch and PlayStation 4, First Press Games and Degica Games are excited to introduce their next collaboration project for Nintendo Switch: Crimzon Clover World EXplosion! 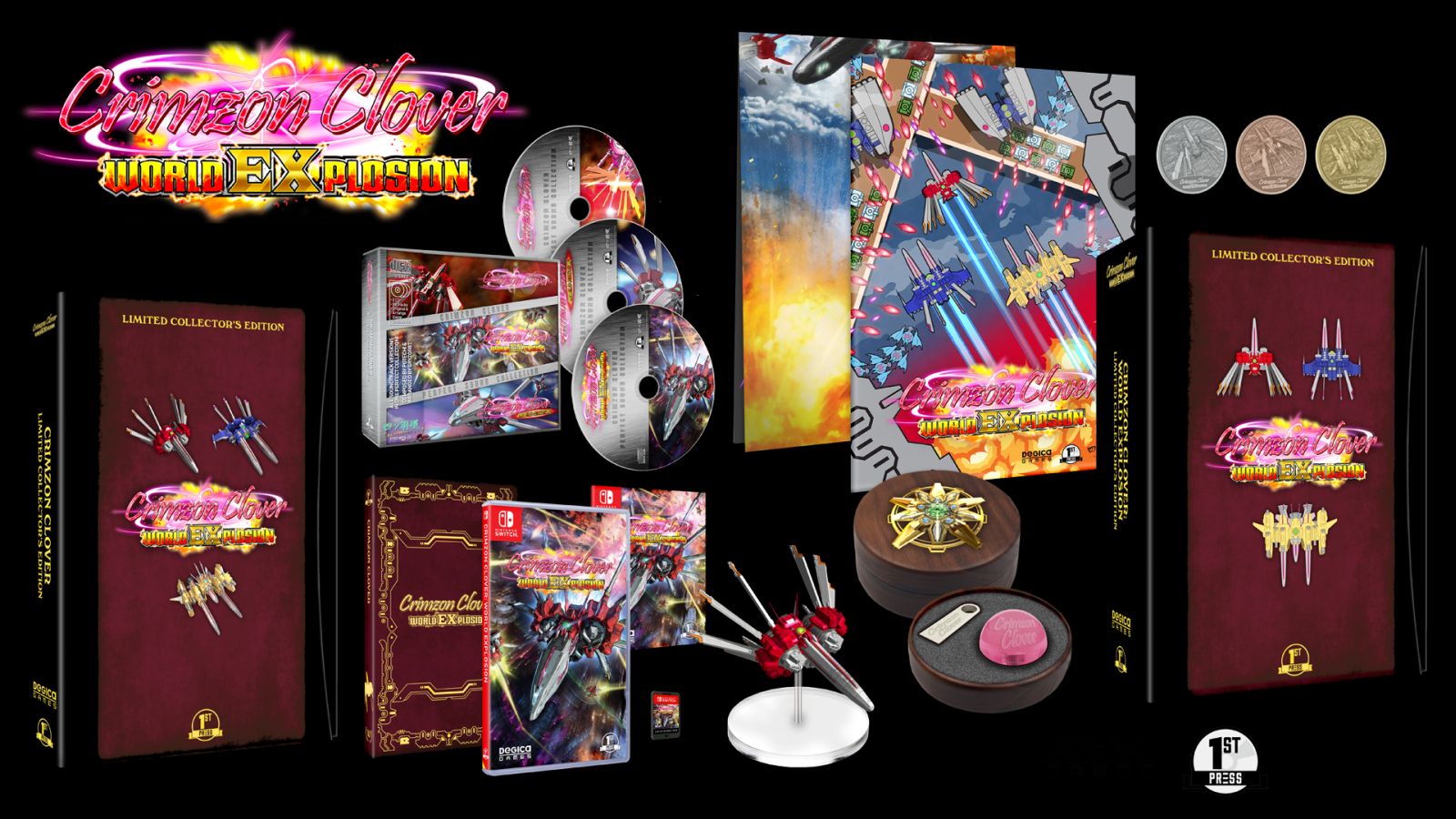 The physical release of Crimzon Clover World EXplosion is scheduled for Q1 of 2022. Its Pre-Order opens this week on Thursday, 9 September 2021 at 7 PM CEST / 1 PM EDT.

All products are exclusively available for order through the First Press Games online store, with world-wide shipping available.

The limitation of the Regular Edition will be regulated through open pre-order, while the Collector’s Editions have a set a,mount right from the start:

Orders placed during the open preorder-phase receive an early bird-bonus, more details about this are available on First Press Games’ online store. 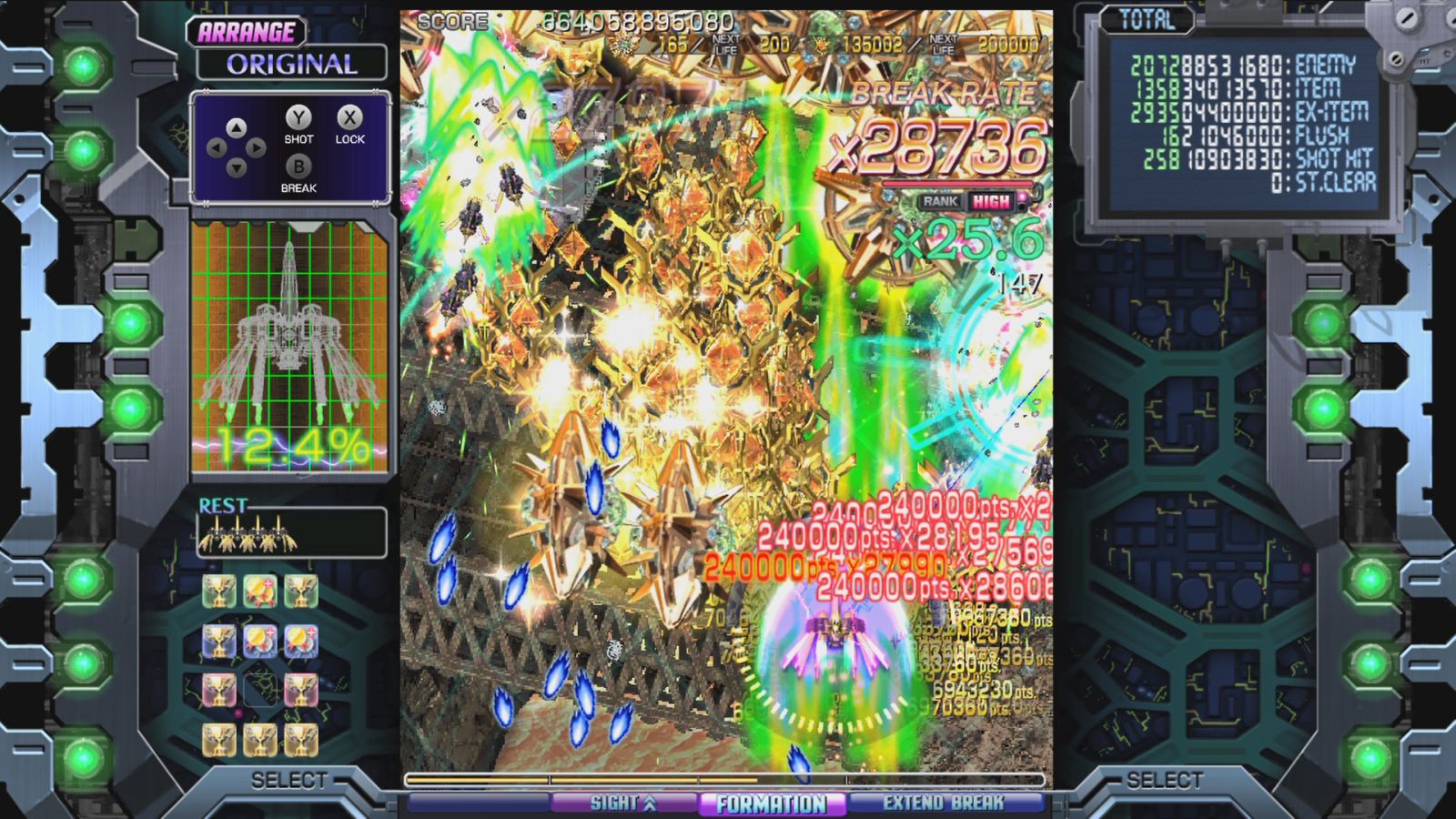 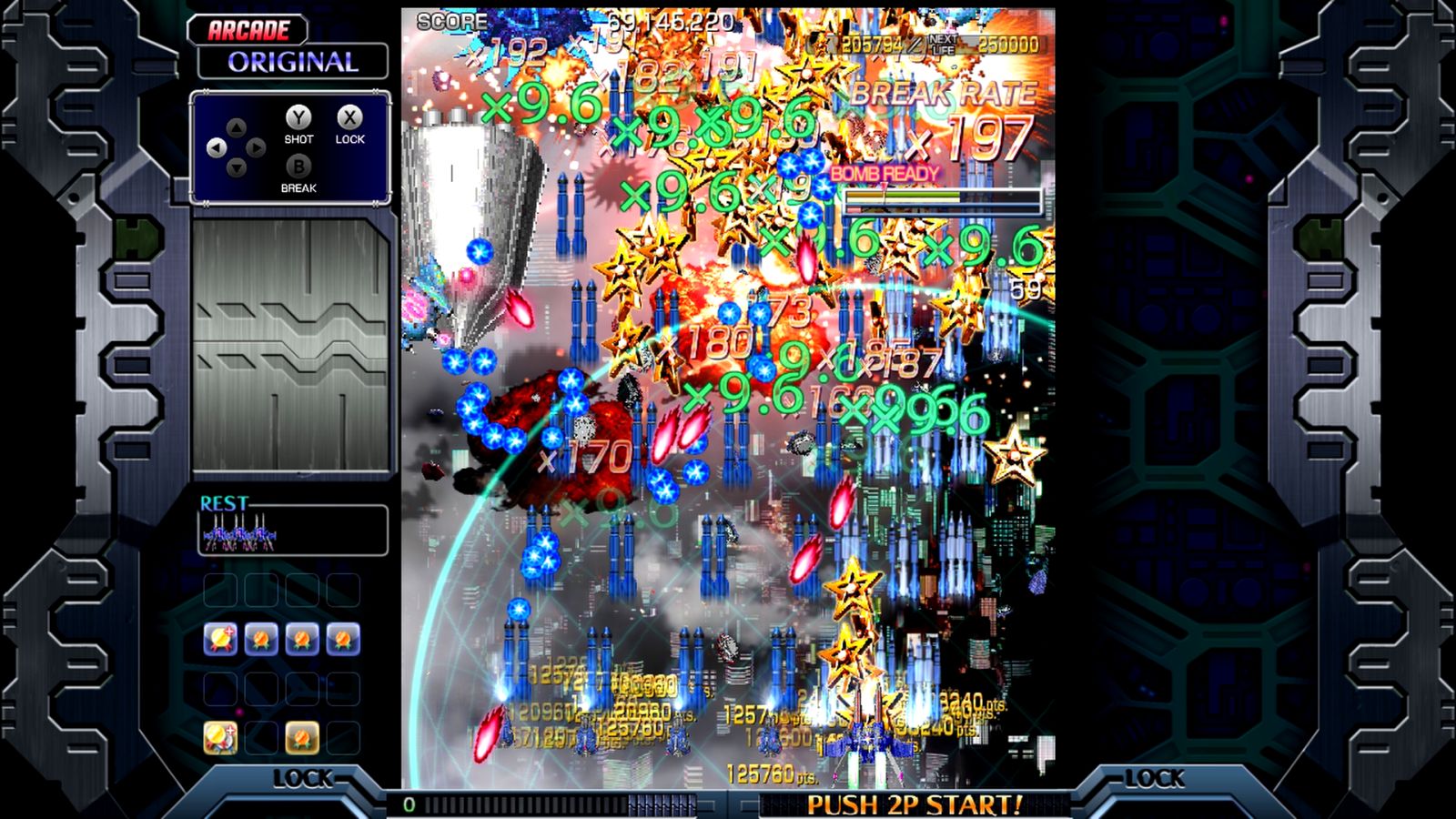 Crimzon Clover is part of an uprising new age of Arcade-style Top-Down Shooters. Its original release back in 2011 set the bar for indie Shoot ‘Em Ups to new heights and holds up to this day as one of the most thrilling and addicting titles of its genre.

The game is a love-letter to many genre-blockbusters of the late 90s, honed to be of the same quality as late Cave and Taito arcade titles.

The new Switch version Crimzon Clover World EXplosion refined and expanded the original from its core and amazed arcade fans & critics alike, going from a beloved Doujin Shoot ‘Em Up to a true essential for any well-sorted Nintendo Switch library.

*A total of 3 different game versions to choose from:

*Switch between 4 play modes, from Original to Time Attack
*Pick your favorite from 4 ships, each with a different play-style
*Five varied stages, with unique themes & multiple bosses each
*Competitive online-leader boards for any preferred game setting
*Optionally playable with vertical screen (TATE) orientation