Aliens: Fireteam Elite Season 1: Phalanx and The first DLC Pack of the Endeavor Pass, Endeavor Pass: Wey-Yu Armoury released today, along with a short trailer showcasing season 1 details.  Check out the trailer above and the press release below. 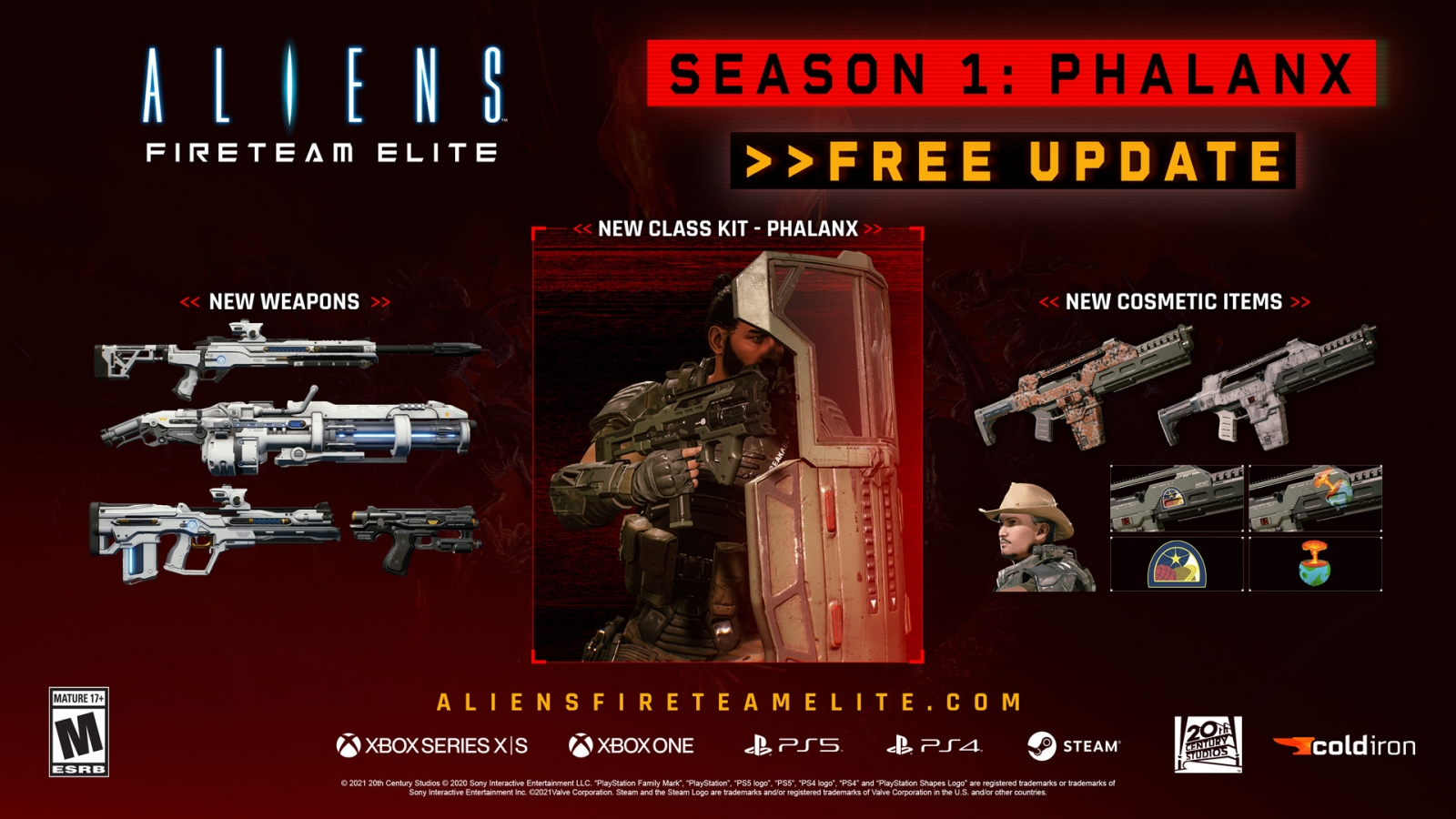 Aliens: Fireteam Elite is rated M for Mature by the ESRB.

Stay tuned to Gaming Trend for more info on Aliens: Fireteam Elite and for all your gaming news!