Last week, Sirlin Games announced that it will bring its accessible fighting game Fantasy Strike to PlayStation 4, Nintendo Switch, PC, Mac, and Linux on July 25. The game will allow players of all skill levels to head into the ring with simple controls that emphasize strategy and reading opponents’ moves.

The secret to how Fantasy Strike works as both a deep tournament game for hardcore genre fans as well as an introduction to the genre for newcomers is that both ends of the spectrum benefit from the game’s extreme emphasis on strategy over difficult controls. Both types of players can enjoy its innovations in making fighting games more readable and understandable than ever before, which help everyone make the most informed strategy decisions they can.

These innovations include a unique feature never seen in any fighting game before: a visual display of “frame advantage.” These graphical effects communicate which player will recover first after every hit and in how much time. Fantasy Strike also goes the extra mile to get everyone thinking strategically by including, inside the game itself, in-depth tutorial videos for all ten characters narrated by game director David Sirlin.

Fantasy Strike offers: an Arcade Mode with illustrated narrative bookends, a Boss Rush Mode that allows players draft their own deck of powerups against progressively powerful opponents, and Ranked Mode with built-on-the-fly tournaments and 3-on-3 team battles designed to offer a variety of matchups while removing the concepts of counter-picks. It also includes four Survival modes, a once-per-day Daily Challenge Mode, and, of course, local and online Versus featuring best-in-class GGPO networking technology for a fast and responsive online experience. 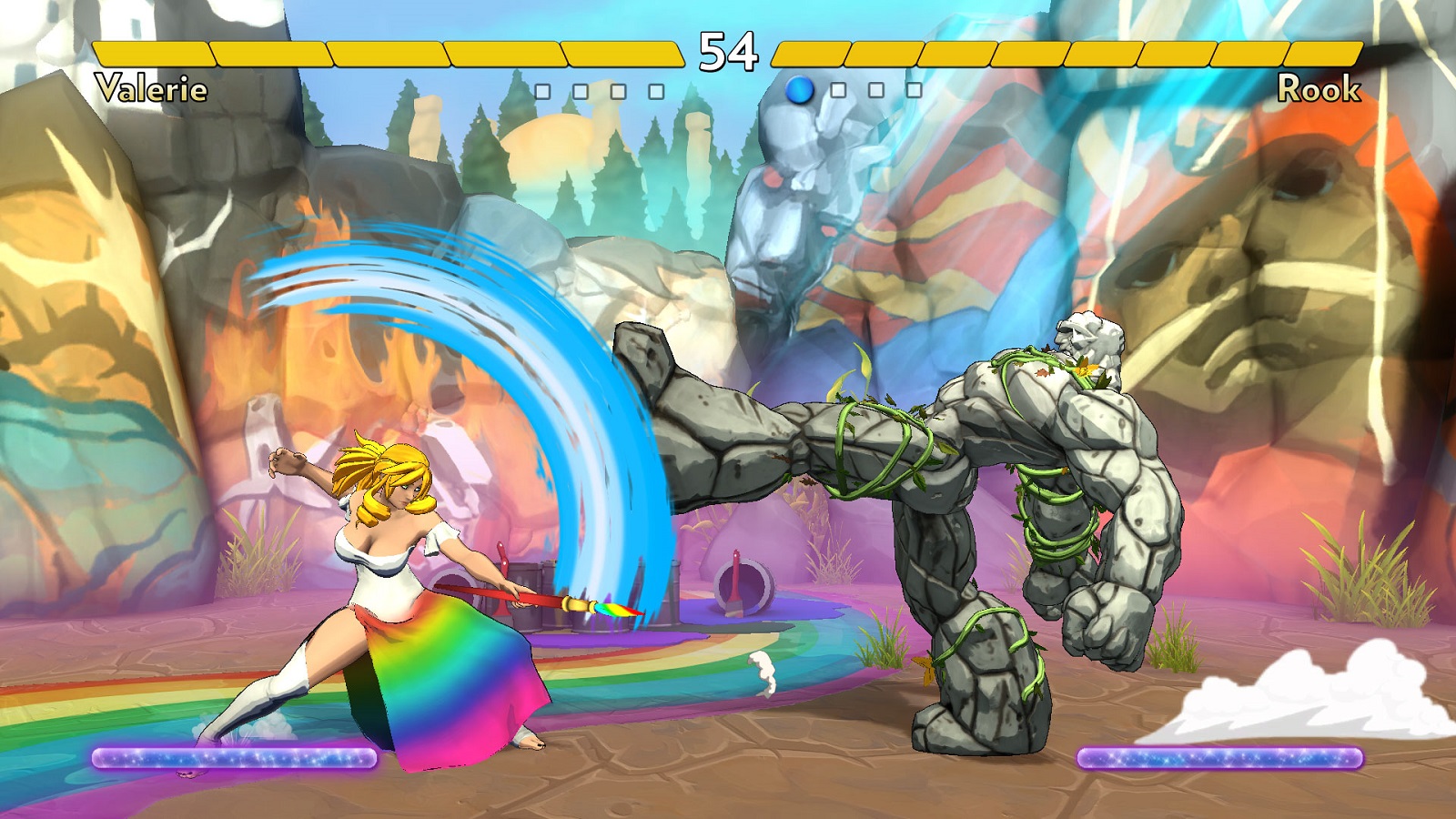 “Online play is so important to fighting games that we’re trying to push the genre forward here,” said David Sirlin, game director, Fantasy Strike. “Part of that is on our technical implementation of networking which somehow allows me, in California, to play my friend in Tokyo and have it feel totally responsive and smooth. The other part is modernizing the genre conventions for user interface so it’s just a single click to challenge a friend online and a single click to watch any friend’s match. Come try it out with us on July 25.”