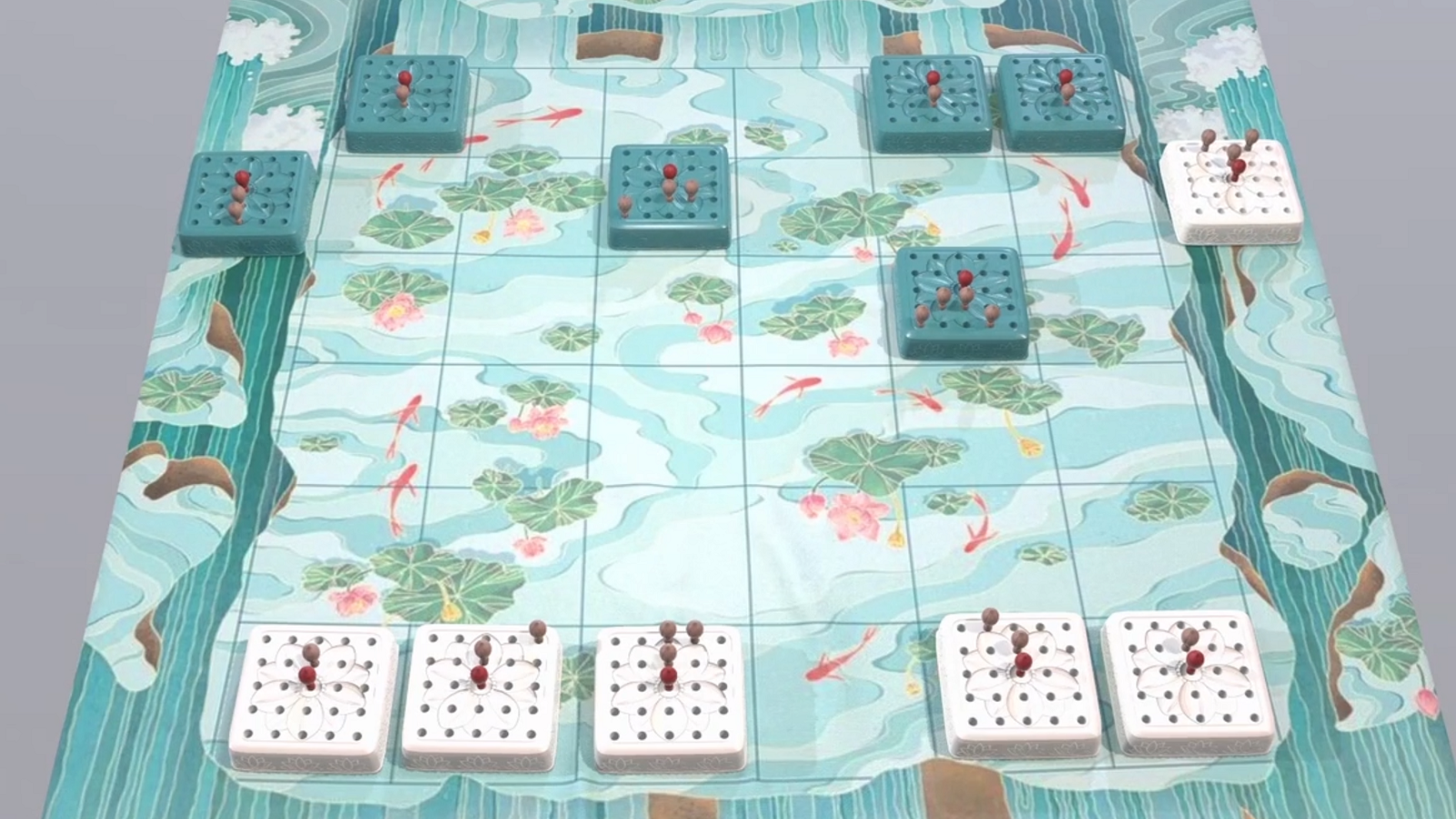 Easy to learn, but deeply strategic, Thrive is a board game where players can change how their pieces will move the following turn in an attempt to take out their opponent’s pieces. The project was launched by Adam Rehberg of Adam’s Apple Games, creators of Swordcrafters, Truck Off, and Brewin’ USA, and is designed by Martin Grider.

Adam Rehberg of Adam’s Apple Games is returning Kickstarter to seek funding for their new game Thrive designed by Martin Grider. Thrive is so easy to learn and jump right in, but the depth continues to emerge with every turn as each move evolves your game pieces making them more powerful each turn. Players will make the instant comparison that Thrives feels like you’re building your own chess piece as you play.

Thrive has been in development for two years has launched on Kickstarter today March 5th, with full artwork. The game pieces are custom wooden pegs, custom molded game pieces inspired by lotus pods, and a fabric game board.

On the player’s turn, they first move a piece and then place two pegs on any of their pieces. The following turn, they may move a piece to a designated space on the grid, depending on where the peg was placed. When a piece moves to a position another piece is located, that piece is taken out. While currently planned for two players, third and fourth player variants will be available if they hit their respective stretch goals.