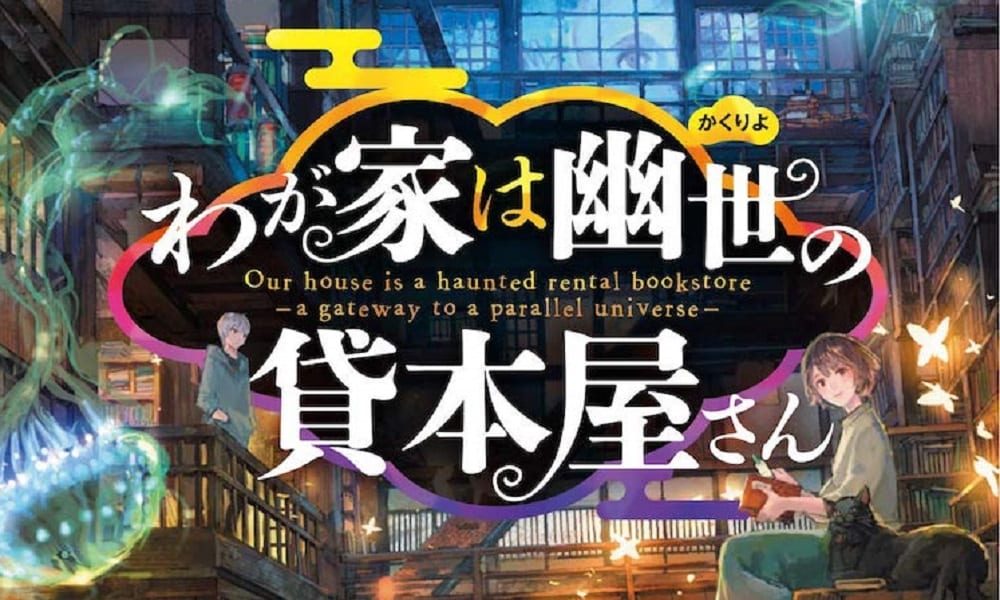 Seven Seas’ newest light novel imprint, Airship, is releasing new works in full force as the series The Haunted Bookstore – Gateway to a Parallel Universe will be released starting next October. The series will be released in single large-trim editions periodically, with cover illustrations by Munashichi.

Ever since she was three years old, Kaori has lived in a bookstore where the boundaries between the mortal realm and the spirit realm are blurred. Her adoptive father, who lives with her in this magical space, is a spirit himself. One day, Kaori comes across a bleeding young man who has stumbled into the spirit realm just as she did when she was a small child. Though the young man is an exorcist who has vowed revenge against all spirits, Kaori decides to embrace kindness and help him find his way back home. This supernatural book series focuses on a different adventure in each volume and features stunning wraparound cover illustrations by Munashichi.

Seven Seas will publish the series The Haunted Bookstore – Gateway to a Parallel Universe (Light Novel) for the first time in North America in print and (early) on digital platforms in single large-trim editions. Volume 1, The Spirit Daughter and the Exorcist Son, will be released in print in October 2021 for $14.99 USA / $18.99 CAN as part of Seven Seas’ Airship light novel imprint.