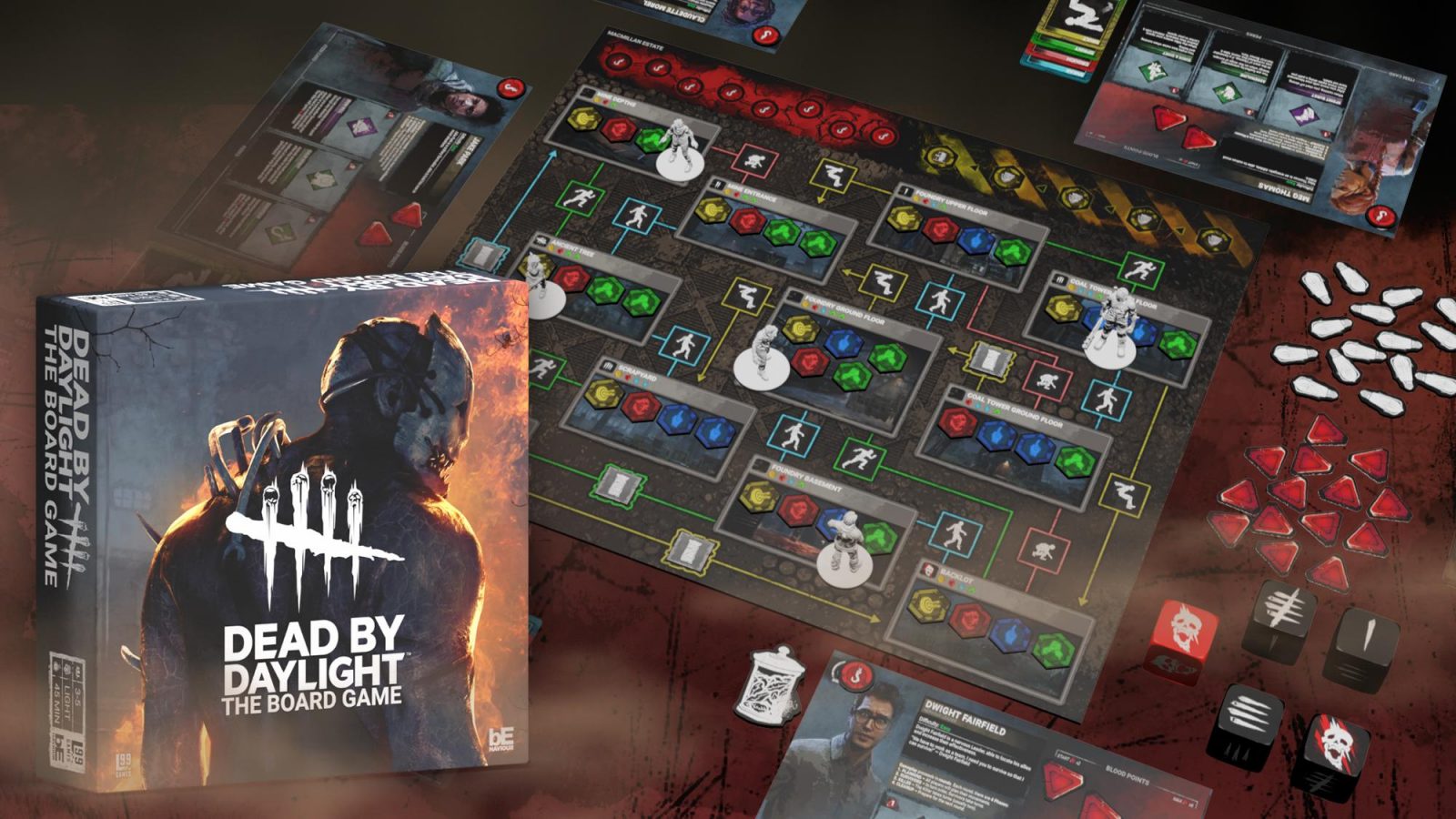 Level 99 and Behaviour Interactive plan to release a board game version of the popular video game Dead by Daylight this Halloween. A Kickstarter campaign will begin on March 29th which will feature a collector’s edition available for backers. You can read more below:

Albuquerque, NM, March 1, 2022 — Level 99 Games, acclaimed publisher of video-game-inspired board and card games, today announced a partnership with Behaviour™ Interactive to release a board game based on the hit multiplayer action horror video game, Dead by Daylight. Players are invited to back the Kickstarter campaign starting March 29, 2022.

The board game aims to be a tabletop version of the popular hide-and-seek video game. Two to four players will take on the roles of Survivors, while one will play the role of the savage Killer. In this fast-paced game, Survivors will attempt to discover and repair generators to escape the Trial Grounds, while the Killer must anticipate their moves to hunt them down and sacrifice them one by one.

The board game includes familiar staples of the video game—distinct Survivor and Killer personas, items, perks, interactive props, and the Trial Grounds. The game is accessible for players of all skill levels, and the wide variety of play options allow groups to tailor the game to their tastes.

“As fans of the original video game, we worked hard to capture the tension between the Survivors and the Killer on every turn,” says D. Brad Talton Jr, the designer behind the game. “The moment when you commit to your move and then have to hold your breath while the Killer makes their play—to me that’s the essence of Dead by Daylight.”

“I am probably the biggest board game nerd that I know and Dead by Daylight: The Board Game is just an amazing experience. Many of us, on the DbD team, are huge board game fans, so our expectations were high. When we were presented this project, we were all impressed and excited,” shares Mathieu Côté, Game Director, Dead by Daylight. “Level 99 have managed to perfectly adapt the Dead by Daylight experience to a board game: the Killers VS Survivors asymmetrical gameplay, the unexpected surprises, the game loops, everything is there. And with almost all original characters present, all the different perks there’s a lot to discover and love in this. I’m definitely ordering my copy, and I recommend our fans do too!”

Fans are invited to reserve a copy of the Collector’s Edition by backing the Kickstarter starting March 29th. They can expect to receive their copy in time for Halloween 2022, at the same time the retail edition will hit stores.