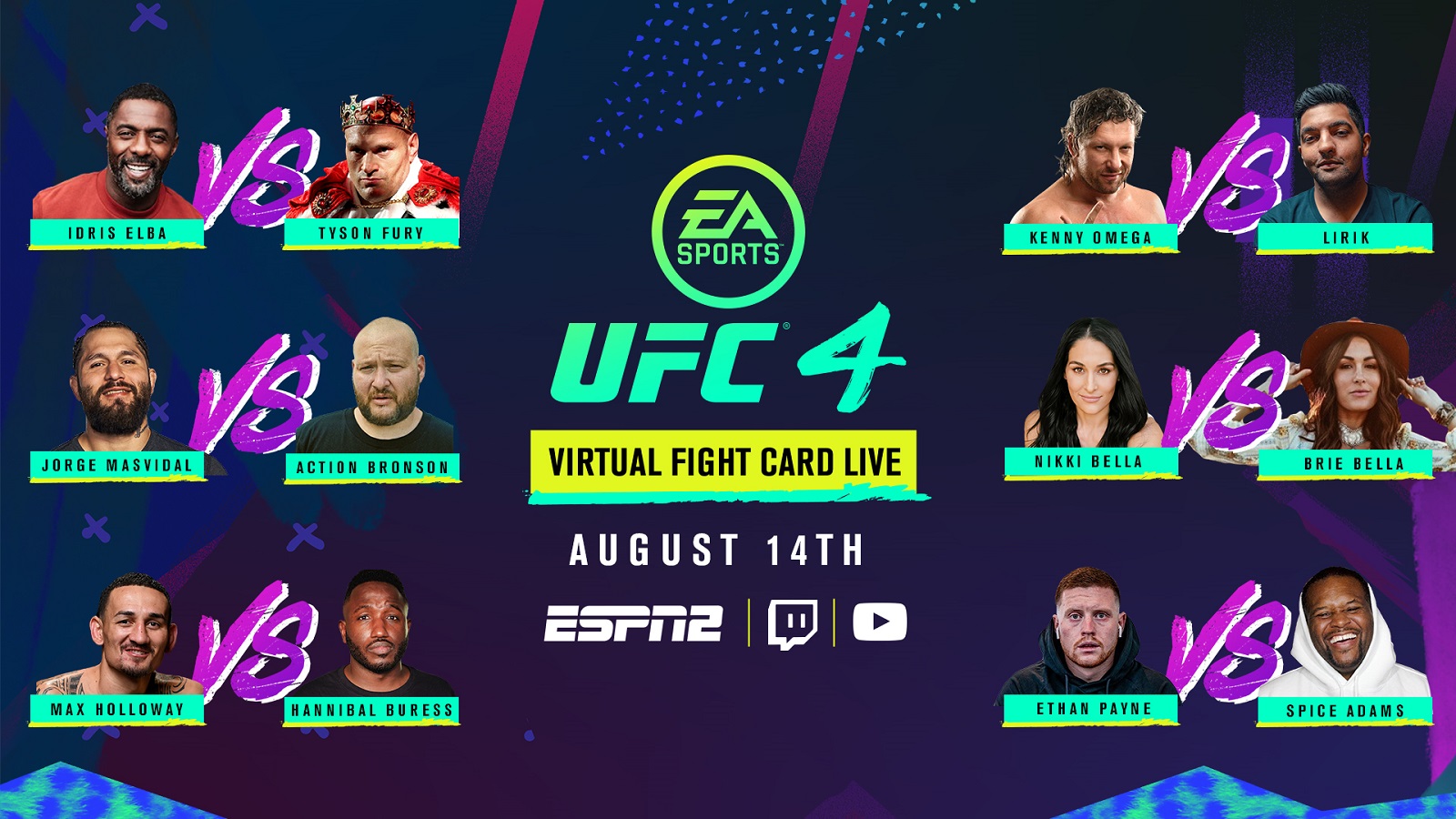 EA has announced that commemorate the launch of EA Sports UFC 4 this Friday, it will host the EA Sports UFC Virtual Card Live at 4:30 PM PST online and through the ESPN2 channel. The event will cover some all-star matches featuring world famous athletes and celebrities as they compete for virtual glory.

Fight fans can tune in for the event beginning at 4:30 p.m. PT on ESPN2, the ESPN App or the official UFC YouTube or Twitch channels. The event will be hosted by ESPN’s Mike Greenberg and Dianna Russini.

The most anticipated matches include the #BattleofBritain as Marvel actor Idris Elba takes on heavyweight champion Tyson “The Gypsy King” Fury and the #BellaBattle that will see WWE Hall of Famers Nikki and Brie Bella break up their team to go head-to-head in the Octagon. UFC 4 cover star Jorge Masvidal will take on food enthusiast rapper Action Bronson in the #QueensVsMiami showdown and comedian Hannibal Buress will try his luck against former UFC featherweight champion Max Holloway in #PunchesVsPunchlines. Fans will also have the chance to watch popular Twitch streamer Lirik take on All Elite Wrestling’s Kenny Omega in the #TheCleanerVsTheStreamer battle, while social media stars Spice Adams and Ethan “Behzinga” Payne will wager their fanbase in the #FightForFollowers as the loser will have to encourage his fans to follow the winner.

You can find the full list of matchups below: