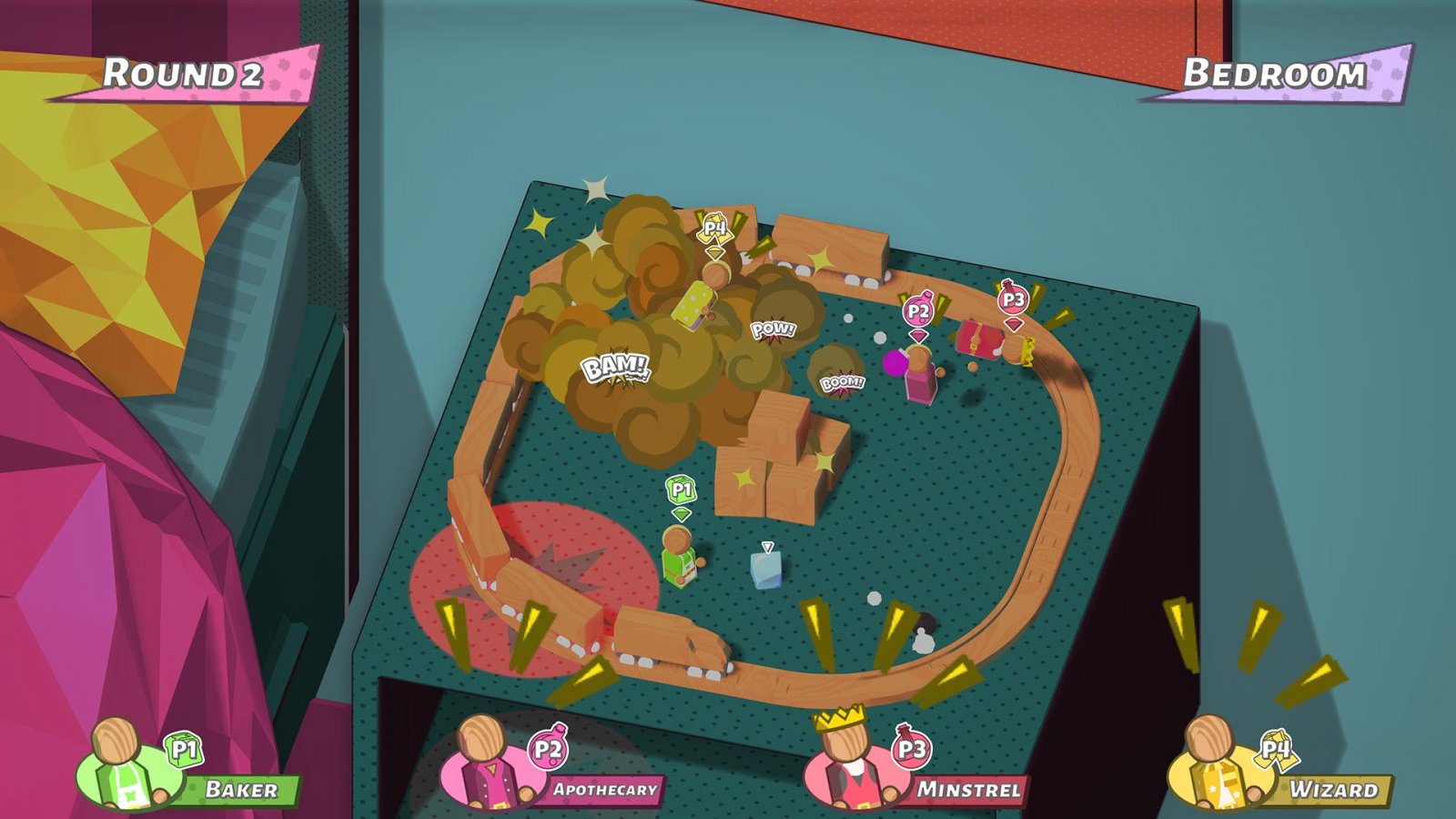 Sudden Event Studios and Whitethorn Digital announced today that their local multiplayer title Bombest will be released later this month on consoles and PC. It will include up to 4-player friendly battles, unlockables and more.

BOMBFEST is an award-winning party game for you and up to three friends! Battle in wooden forts, on folding chairs, and inside the kitchen sink as you attempt to be the last player standing. Use bombs to eliminate your foes, but don’t get caught in a chain reaction of explosions!

Bombfest will be released on Nintendo Switch, Xbox One, PlayStation 4, and PC via Steam on January 31st, 2019. For more information, visit the official website.