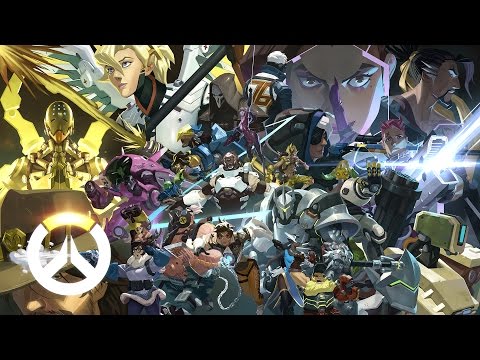 Blizzard has revealed three new Arena maps coming to Overwatch as part of its 1-year Anniversary event. Labeling these as “Arena” maps may indicate a new game mode.

The maps shown in the tweeted video appear to be based on standard Overwatch maps: Dorado, Eichenwalde and Temple of Anubis.

The party begins May 23! ?? pic.twitter.com/umXbr0bq7k

Several datamines have pointed to the possibility of a new mode being introduced during the event, including a datamine last week that revealed a bevy of unused voicelines. These lines of dialogue suggest that this alleged mode would feature an objective which players would either need to defend or destroy.

Blizzard announced yesterday that it will be launching an Overwatch Anniversary event celebrating the game’s very successful first year. The event will run from May 23 through June 12. Details on event-exclusive modes and in-game rewards (skins, sprays, etc.) have yet been revealed, but Blizzard did confirm a Game of the Year edition of Overwatch coming soon to PC, PS4 and Xbox One, which will come with the Origins skins, 10 loot boxes and several Overwatch-themed rewards for other Blizzard games.

On top of garnering a multitude of Game of the Year awards last year, Activision Blizzard’s recent earnings call revealed that Overwatch is already a billion dollar franchise. All this said, it seems like Overwatch has more than earned that GOTY edition.