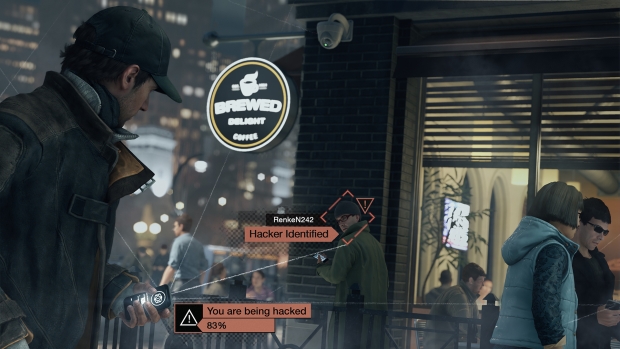 Want a sneak peak at 14 minutes of Watch Dogs action before its release? Well we have the hookup as Ubisoft has revealed a guided demo matching just that length! Funny how things work out, eh? In this new demo you get a glimpse at some of the seamless multiplayer that Ubisoft has been so highly touting. Also shown is your main character Aiden taking some revenge on an infiltrating hacker.

In Watch Dogs, players will be immersed in a living, breathing and fully connected recreation of Chicago.  Players will assume the role of Aiden Pearce, a new type of vigilante who, with the help of his smartphone, will use his ability to hack into Chicago’s central operating system (ctOS) and control almost every element of the city. Aiden will be able to tap into the city’s omnipresent security cameras, download personal information to locate a target, control systems such as traffic lights or public transportation to stop a chase, and more. The city of Chicago is now the ultimate weapon.

We always knew you’d end up being our ultimate weapon, Chicago. Watch Dogs comes out on the PS4 and Xbox One on their respective launch dates, November 14th and November 22nd. It’s also coming to the PS3, Wii U, Xbox 360, and PC on November 19th.