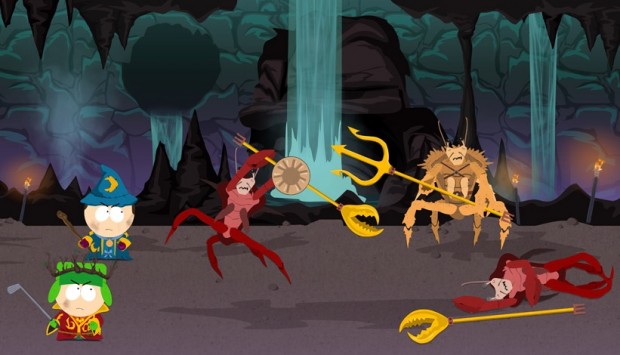 I played nearly every game this year, which is something I can only claim to have done for the past few years, and despite that, this year it actually wasn’t hard for me to pick a top ten, as more disappointments launched than surprising successes. It was kind of a weird year for games honestly with high-profile games like Watch Dogs and Assassin’s Creed Unity being underwhelming or launching nearly unplayable respectively.

First, I have a few honorable mentions that did not make my list. Titanfall, Super Smash Bros Wii U/3DS, and Wolfenstein: The New Order were all some of my favorite games this year. I also played a ton of Destiny, but can’t call it a great game by any stretch of imagination regardless of my strange addiction to it. Sadly, these games did not make the cut, but please play all of them, because they’re excellent!

Anyway, without further ado here is my top ten:

Okay, okay. I know what everyone keeps saying: Mario Kart 8 is more of the same. Well, you know what? Sometimes the same is just as fun as it was the first time you played it. Sometimes its even better! Mario Kart 8 is the apex of the series, and I found myself playing it for hours in spite of any retreading of old ground. I’m not the type of person to give in to unwarranted nostalgia, but Mario Kart 8 manages to revive the gamer inside me that sat in front of his SNES for 6 hours straight on the weekend tossing shells into my little brother’s go-cart, and that’s no easy task.

I never played Far Cry until Far Cry 4, and so needless to say I was blown away. Have the games really been this good this whole time? How did I miss this? I sunk about a hundred hours into this game and finished everything, and so now I’ll see the game on my console and wish I had even more content play. This is one of the few games that I’ll return to in order to play all the DLC.

I consider myself to be a fan of the old school, so Shovel Knight was right up my alley from the start. Add in Shovel Knight’s expertly crafted humor, and it was love at first sight. It’s a challenging game that doesn’t feel cheap or frustrating, and an old school game that doesn’t feel old. It blew me away, and I can’t wait to play through it a third and fourth time.

As I mentioned earlier I am a huge Halo fan, and while Halo: The Master Chief Collection had its initial technical challenges, it is among one of the best experiences to come out this year. The Halo series has never looked or felt better, and the recent Halo 5 Beta has shown me that Halo’s future is a bright one, and one that I’m looking forward to experiencing in 2015. I should note that I got lucky with this game, as I first played through all four of the Halo campaigns before moving on to the multiplayer, at which time the initial matchmaking issues had been resolved, so I can’t exactly sympathize with those that experienced the woes of the launch. Anyway, Halo is awesome and every fan should own this collection.

Demon Souls and Dark Souls are two of my favorite games ever, and Dark Souls II almost has to be on my list for continuing in the footsteps of its predecessors. Although Dark Souls II was my least favorite Souls game so far, it brought a ton of much-needed updates to the series which always felt technically challenged, while it was nearly perfect in design. The weapon variety, improved PvP system, improved equipment and leveling system, and better graphics excite me for what this series has in store in the future. Also, Bloodborne.

I liked The Walking Dead, but typically don’t find myself playing depressing games for long periods of time, so The Wolf Among Us was my surprise hit this year. I fell in love with my version of Bigby Wolf, a grumpy Sheriff seeking redemption for his past misdeeds, and can honestly not wait to continue following his story in season 2. The writing and voice acting is as good as it gets, and the noir-style setting with magic and intrigue is nearly impossible to not love. If you haven’t played this one, play it–now. DO IT!

It seems really upsetting to be excited about a AAA game that wasn’t broken at launch, but Dragon Age: Inquisition was one of the only titles to pull it off, sadly. With such a huge scope and so much packed inside the open world, it’s honestly surprising that Dragon Age: Inquisition, of all games managed to run perfectly. The characters and writing are both top-notch as Bioware is known for, and the game is just damn fun to play. Most importantly, in this day and age a game like Dragon Age: Inquisition is just downright a risky game to create, as the old clunky style of RPG seems to be falling to the wayside, and yet Bioware has pulled through with a stunning success.

Sunset Overdrive is the best reason to buy an Xbox One, and I say that as a massive Halo fan. I haven’t played too many Insomniac games in the past, so I frankly didn’t have high expectations for this one, and so it surprised the crap out of me. Sliding, dashing, grinding, and bouncing through Sunset City is an absolute joy in its own right, and once you throw in the OD monsters and over-the-top weapons you’ve got a recipe for awesome. The humor, style, and balls-out badassery of Sunset Overdrive makes it the first must-play game of the latest console generation.

2.) South Park: The Stick of Truth

It’s no secret that I prefer my games to have a good amount of humor, and South Park: The Stick of Truth is the first game that had me laughing from beginning to end in a very long time. As a fan of South Park, The Stick of Truth provided the fan service I’ve always wanted alongside a hilarious story and entertaining gameplay. Trey Parker and Matt Stone, I have but one word for you: Sequel!

To me, the Game of the Year should go to the game that successfully brings the most innovation to the world of gaming, and no game did that this year more than Middle-Earth: Shadow of Mordor. The nemesis system did something that no other game has done before by allowing each player to discover their own foes and tell a unique story. The combat, main story, and open world compliment the game’s originality perfectly, making Middle-Earth: Shadow of Mordor my personal Game of the Year.