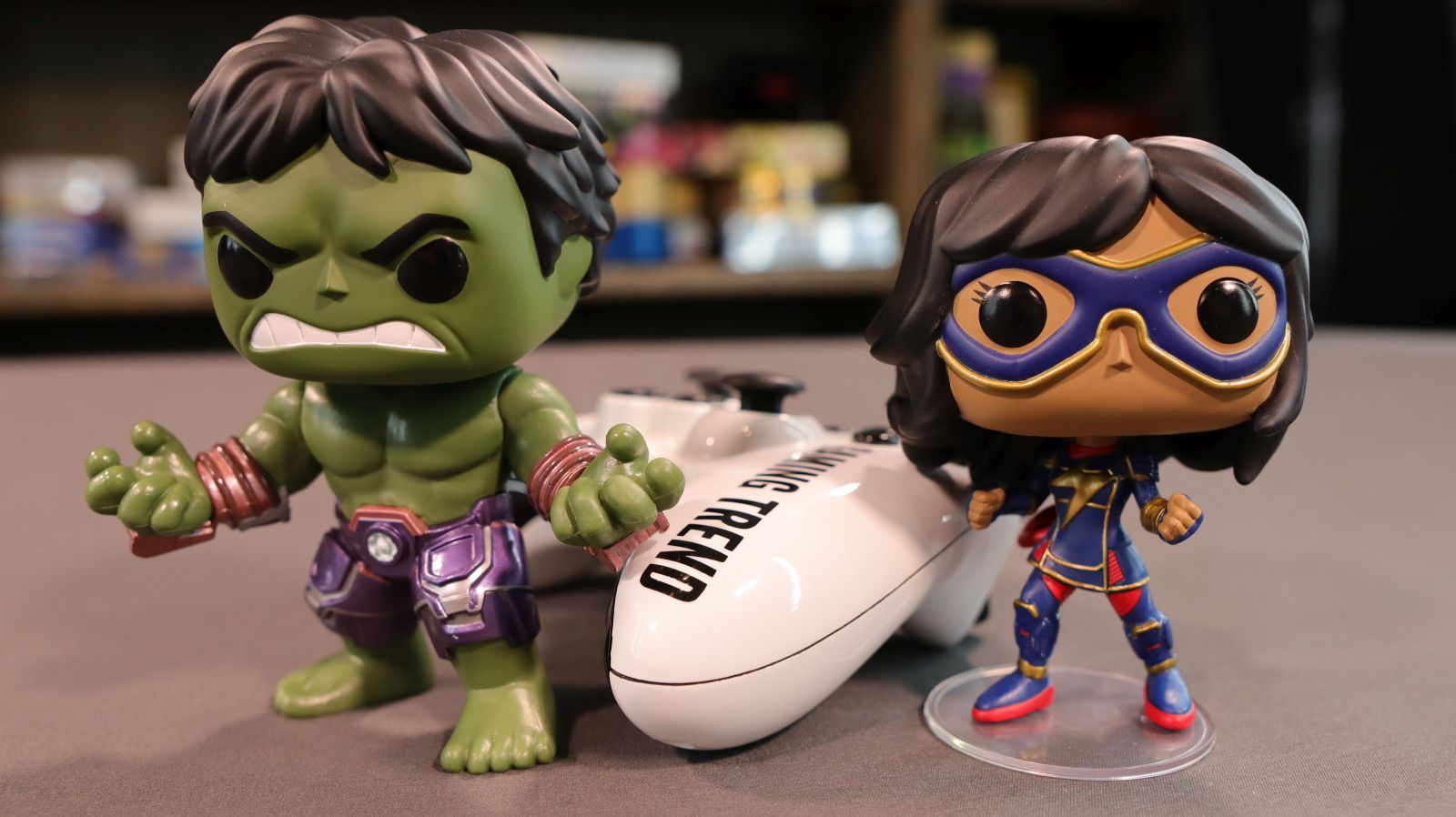 As we ramp up for the release of Marvel’s Avengers from Square Enix, we’ve gotten the chance to check out some awesome Funko Pop Vinyls, courtesy of Entertainment Earth. Today we will check out two of them — Kamala Khan, and The Hulk.

Kamala Khan, aka Ms. Marvel, takes center stage in the Marvel Avenger’s game from Square Enix, serving as the game’s protagonist amidst a powerful cast of heroes. Five years after the events of San Francisco, the game puts you into Kamala’s embiggened boots while she works hard to bring the divided Avengers back together to face a common threat.

This will not be the first time the Pakistani-American has been featured in a videogame, having been featured as a playable character in Marvel Puzzle Quest, Lego Marvel’s Avengers, Marvel: Contest of Champions, Zen Pinball 2, Marvel Strike Force, and even in Marvel Ultimate Alliance 3: The Black Order, but this will be the first time she’s been the central character.

You can pick up Kamala Khan for yourself by clicking on her below:

Everyone knows the story of The Hulk, and industry staple Troy Baker will be bringing his alter ego Bruce Banner, to life. Focusing on the duality of Bruce and his contentious duality with his Hulk side, as well as the complicated relationships with his teammates, the Hulk will play a pivital role in the team’s fight against the newest threat — AIM.

You can pick up The Hulk by clicking on him below:

These Pop Vinyls are available now, and your support via the links above help us support what we do. Thanks for watching, and we’ll see you again next Tuesday for more toy fun!