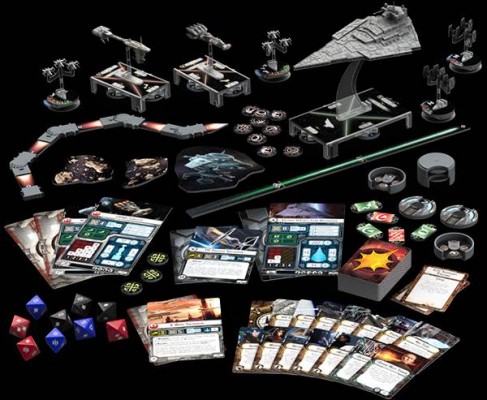 2015 could not have been a more surprising year for board games. What seemed to be a slow year at first rapidly transformed into a whirlwind of gaming greatness. As 2015 began, what once looked to be a year focused on reprints, smaller releases and expansions had virtually exploded by Essen Spiel in October into one of the best years of gaming in recent memory.

2015 was a truly wonderful year to be a board gamer. Honorable mentions go to Roll for the Galaxy, The Voyages of Marco Polo, 7 Wonders: Duel, Elysium, Flick ‘Em Up and Stockpile. And I still haven’t played Pandemic: Legacy, which I can pretty much guarantee that I will love.

With so much quality and variety to choose from 2015, it’s truly a tall order to come up with a list of five faves. In fact, I could probably come up with five totally unique top fives from 2015 and still have a fair bit of trouble ranking those lists! I suspect I’m beginning to sound like a broken record, but it can’t really be overstated: 2015 was an incredible year for the board gaming hobby. For new gamers, as board gaming continues to expand its reach into popular culture, what a great year it was to join the fun!

This game came out of absolutely nowhere in December to become one of the year’s best games. Perhaps I should have suspected it when I saw the names Cathala and Faidutti on the cover, but Raptor was the single biggest surprise for me in 2015. As a two player game where one side controls the scientists and the other side controls the dinosaurs, this game has almost perfect theming. Asymmetric action with area control elements, brilliant card-based mechanisms (surprise surprise), multiple win conditions and a 25-30 minute playtime made Raptor one of the most fun and enjoyable experiences of the year.

This game is practically a phenomenon at this point. It’s hardly a stretch to say that Codenames is the best party game of all time. The game takes Password-style word association and amps it up to 11. Fun to give the clues, fun to get the clues, fun to try to puzzle together aloud what the clue-giver could possibly be thinking. Cheap, easy to play, good for practically any number of people, immediately compelling and addictive. Codenames is one of those games that it seems you already know how to play. It’s only been in print for 6 months, but is already a modern classic.

“Just when I thought I was out, they pull me back in.” When this game was announced to great fanfare at Gencon 2014, I thought it might be a pass for me. I had already heavily invested in Fantasy Flight’s X-Wing Miniatures game and figured Armada was just more of the same, except more expensive. How wrong I was. Well, at least the part about it being the same. Where X-Wing is about airborne dogfighting and quick thinking, Armada is a naval battle where careful planning, flexibility and superior positioning are the rule of the day. From stacking ships’ commands for future turns, transferring power to forward shields in time to meet an enemy bombardment, broadsiding a vulnerable position and buzzing capital ships with swarms of fighter squadrons, this game perfectly captures the scope of space combat.

T.I.M.E Stories is quite possibly the most innovative game of the year, and for 2015 that is truly saying something. A cooperative puzzle game, T.I.M.E Stories leads players through a highly engaging narrative driven by a mere single deck of cards. By placing cards face-down in a row, the art on the card-backs creates a scene that players explore much like the old PC game Myst. Turning over these cards leads to harrowing discoveries and frustrating dead-ends, creating one of the most thematic and engrossing experiences that I’ve had in gaming. T.I.M.E Stories is more properly a game system than a standalone game and new expansion decks of cards are due to be released quarterly. What a wonderful time to be a board gamer.

If there was any doubt that Eric Lang is one of the premier board game designers today, this game has put them to rest. Not only that, with this title Cool Mini or Not has placed itself squarely in the top echelons of board game publishers. Blood Rage is simply pure unadulterated fun. Everything works. Combining card drafting, area control, Cosmic Encounter style combat mechanisms, hidden objectives, asymmetrical play styles and customizable special abilities, Blood Rage thrusts players into a gradually crumbling world where you gain glory through pillage, combat and…having all your guys get killed! What’s truly amazing is the wide variety of balanced play styles the game supports and how many different tastes find something to love about this game. The arc of the game is perfectly timed and all this fantastic action takes place in only about an hour. And if that wasn’t enough, the miniatures in this game are the best I have ever seen in a board game. And I haven’t even played with any of the expansions!