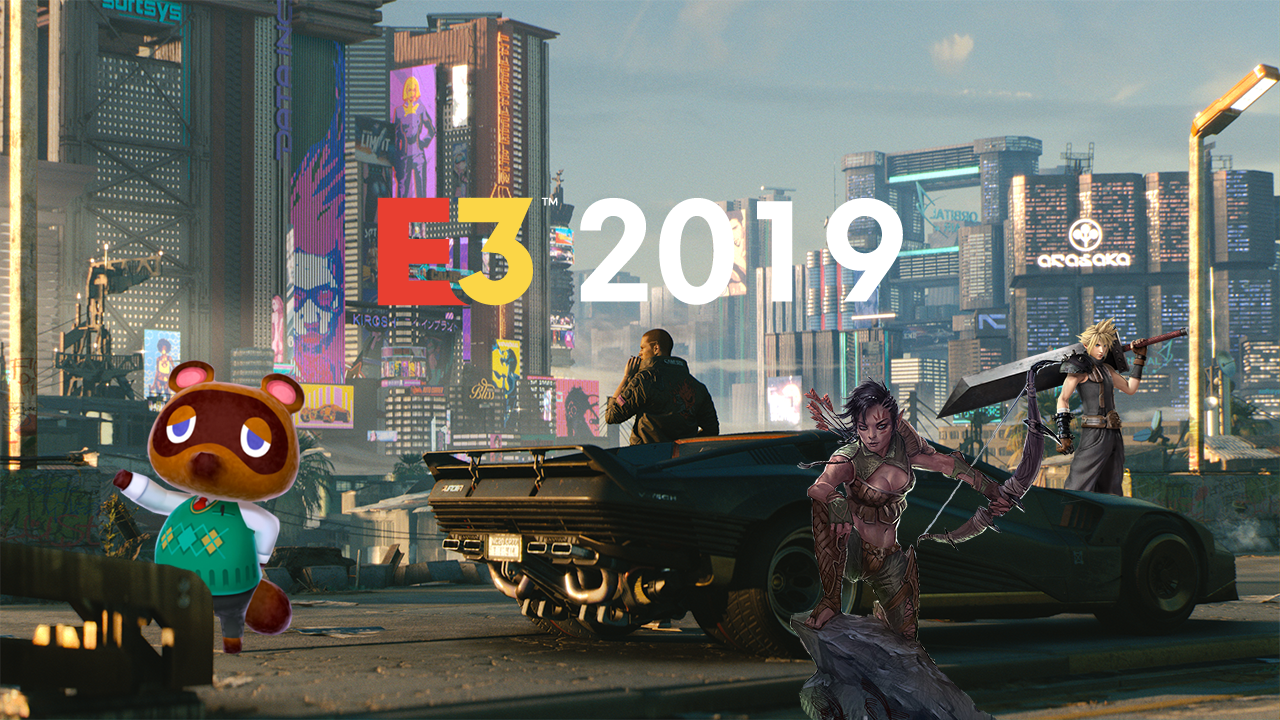 E3 2019 is finally upon us, and companies have already started throwing goodies from beyond the barrier. However, E3’s biggest press conferences aren’t scheduled to begin until this weekend. Before the floodgates are opened, we wanted to take a moment to talk about what we’re excited for, and what we’re hoping to see this year at E3 2019. 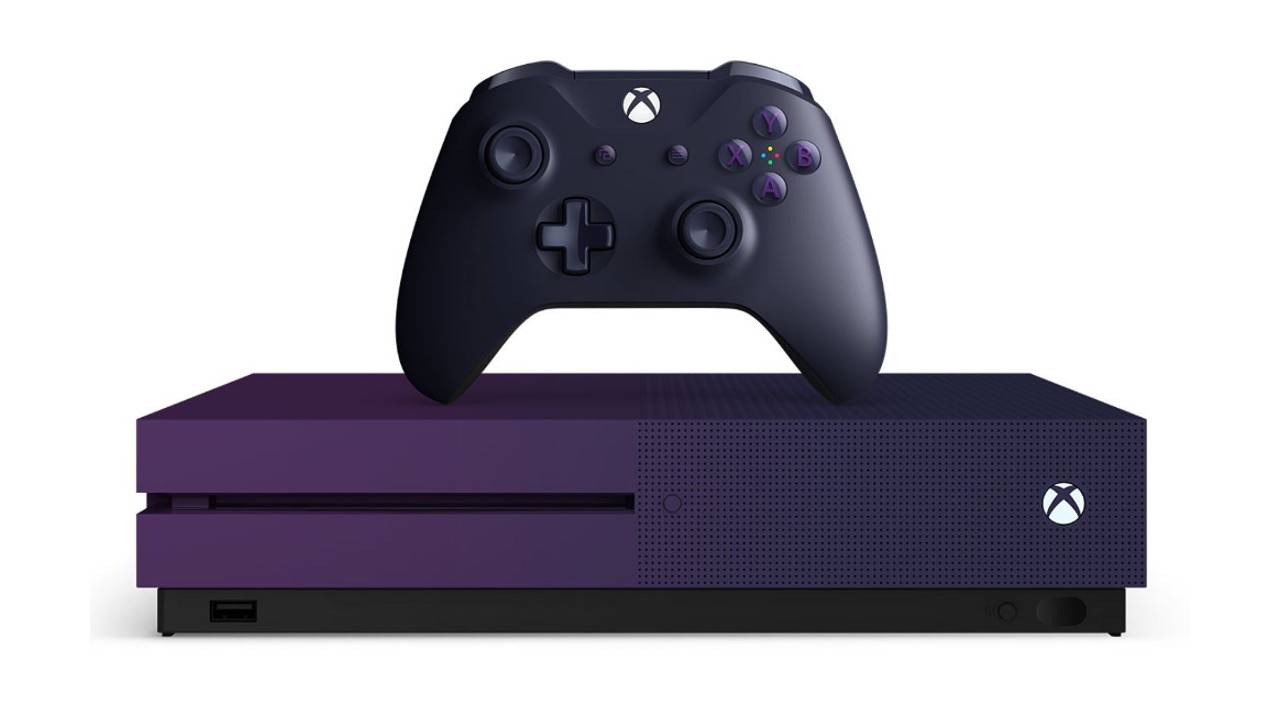 No, we aren’t talking about the Fornite bundle that was just announced. Rumors of Microsoft’s next system have been floating around for years. One of the most tantalizing rumors is that Microsoft’s next system will be present in some form at their press conference this year. We’re hoping that they won’t only reveal it, but we’ll get a chance to see its games in action.

Microsoft recently released a digital-only version of the Xbox One S, which means that they could be introducing a more cost-friendly version of their latest system out of the gate without a disc drive. Hopefully, we’ll know for sure what the next system is all about during Microsoft’s press conference on Sunday.

Madden on Next Gen hardware

One of the best ways to show off next gen hardware is through realistic sports games. Microsoft’s conference is after EA Play 2019, but that doesn’t mean we won’t get a chance to at least see what the games will look like compared to current gen hardware.

Madden ’20 has already had a few features announced for it and they’re already exciting. Their new Face of the Franchise: QB1 mode has you create your own player and start from a top college of your choosing.Your performance in college determines your placement in the NFL draft. Seeing how you’re drafted and what exactly determines your placement is something we’d like to see from EA this year. 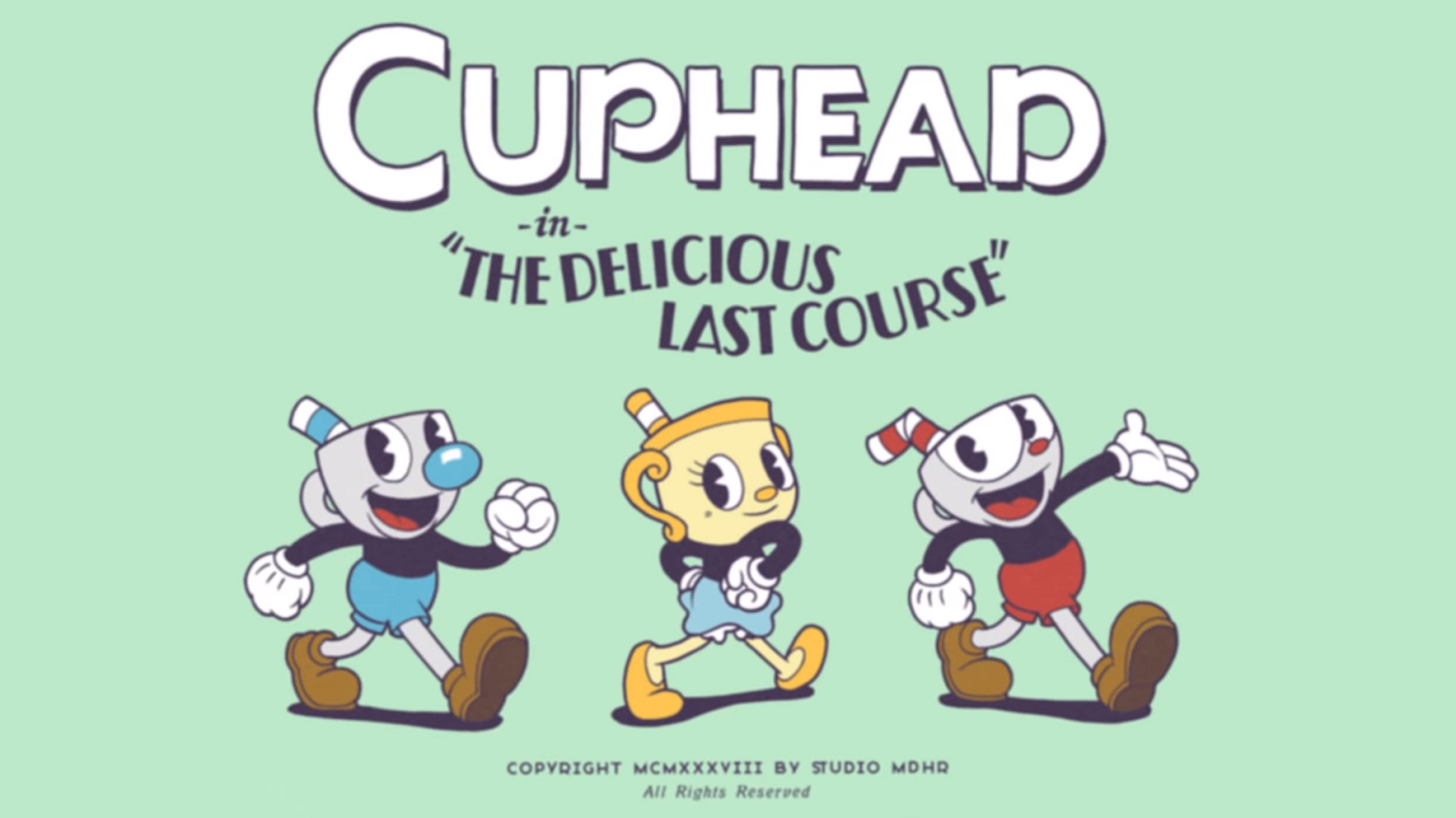 It’s no secret that we’re in love with StudioMDHR’s Cuphead, and we still can’t get enough of it. After being released on Nintendo Switch, the next adventure for Cuphead and Mugman is on a brand new island with Ms. Chalice as a new playable character in the new DLC, “The Delicious Last Course.”

Announced at E3 2018, this new island will have new weapons, new bosses, and new charms, but we’re sure that’s not all. As we’re coming up on a year since its announcement, we’re hoping to see this DLC in action with a glimpse of the bosses and a release date.

We were recently given more information about Kojima’s first project away from Konami, Death Stranding. This new trailer gave us a look at gameplay (finally) and put in some more pieces of what is already a confusing narrative.

However, this isn’t all we’re seeing of Death Stranding. After all, this game is coming out later this year, and we need to learn more about it as a game before then. We’re expecting Death Stranding to have a presence on the showfloor and for there to be clarifications for what story it’s trying to tell. 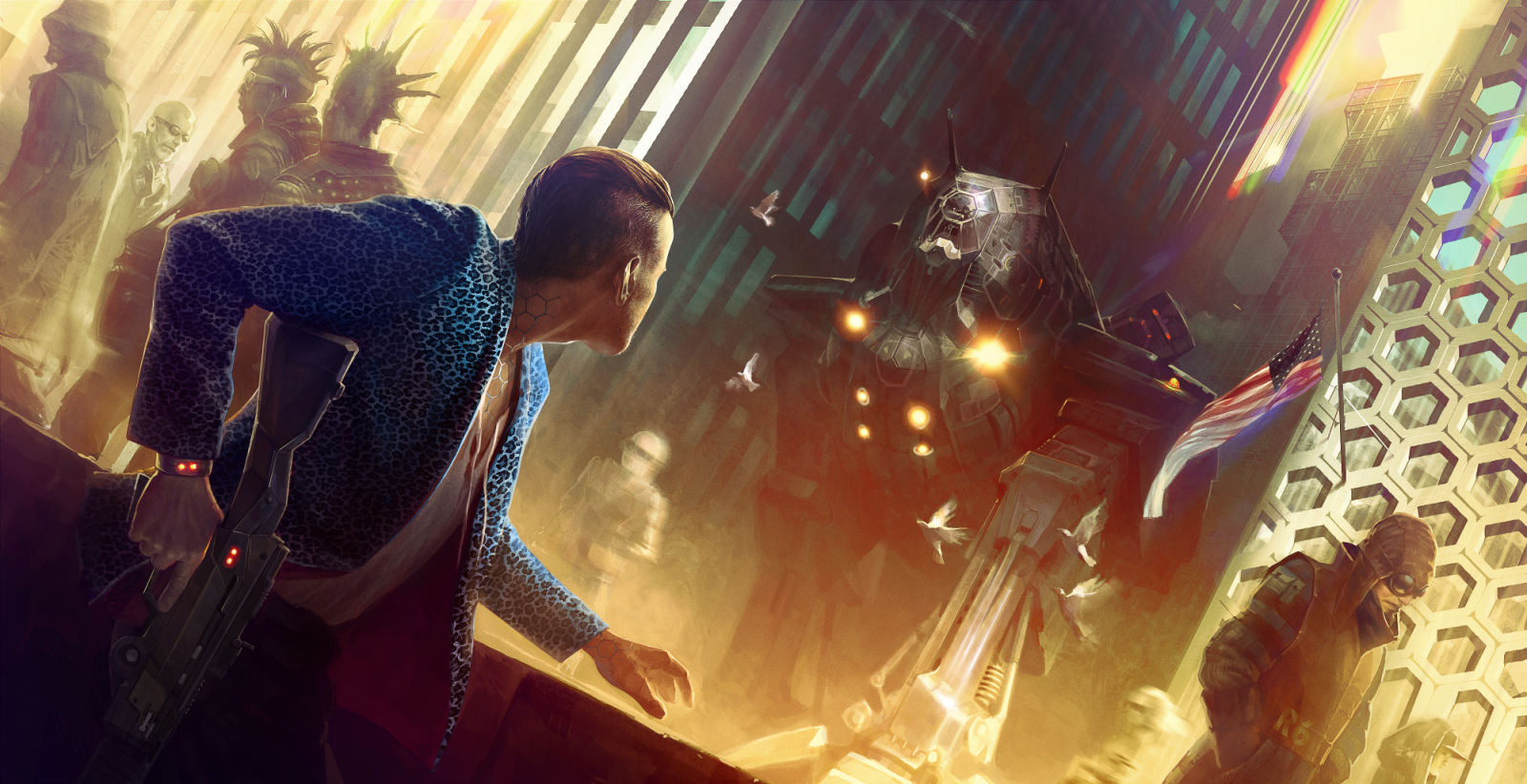 Ever since the Witcher 3 changed open-world gaming in 2015, fans have been eager to see more of CD Projekt Red’s next game, a first-person RPG based on Mike Pondsmith’s iconic cyberpunk world. After much anticipation, we finally got a good look at Cyberpunk 2077 at Microsoft’s E3 press conference last year, and have seen an in-depth demo in the time since.

CD Projekt Red has never been one for assigning release windows before they’re ready, but it’s clear that Cyberpunk 2077 is quite a ways along in production, so we’re hoping to get a release date during E3, along with some additional gameplay and story details.

The remake for Final Fantasy VII is easily one of the gaming communities biggest talking points. Fans have been asking for it for well over and decade and now it’s finally coming, and we’ve also seen gameplay of it in action. That being said, there’s still much more we’d like to know.

Just how different will the gameplay be from the time-based PlayStation classic, and will the story be faithful? Most importantly however, will the game make an appearance? At the very least, we know that there will be a special Final Fantasy VII Symphonic Reunion just a day before Square Enix’s presentation. 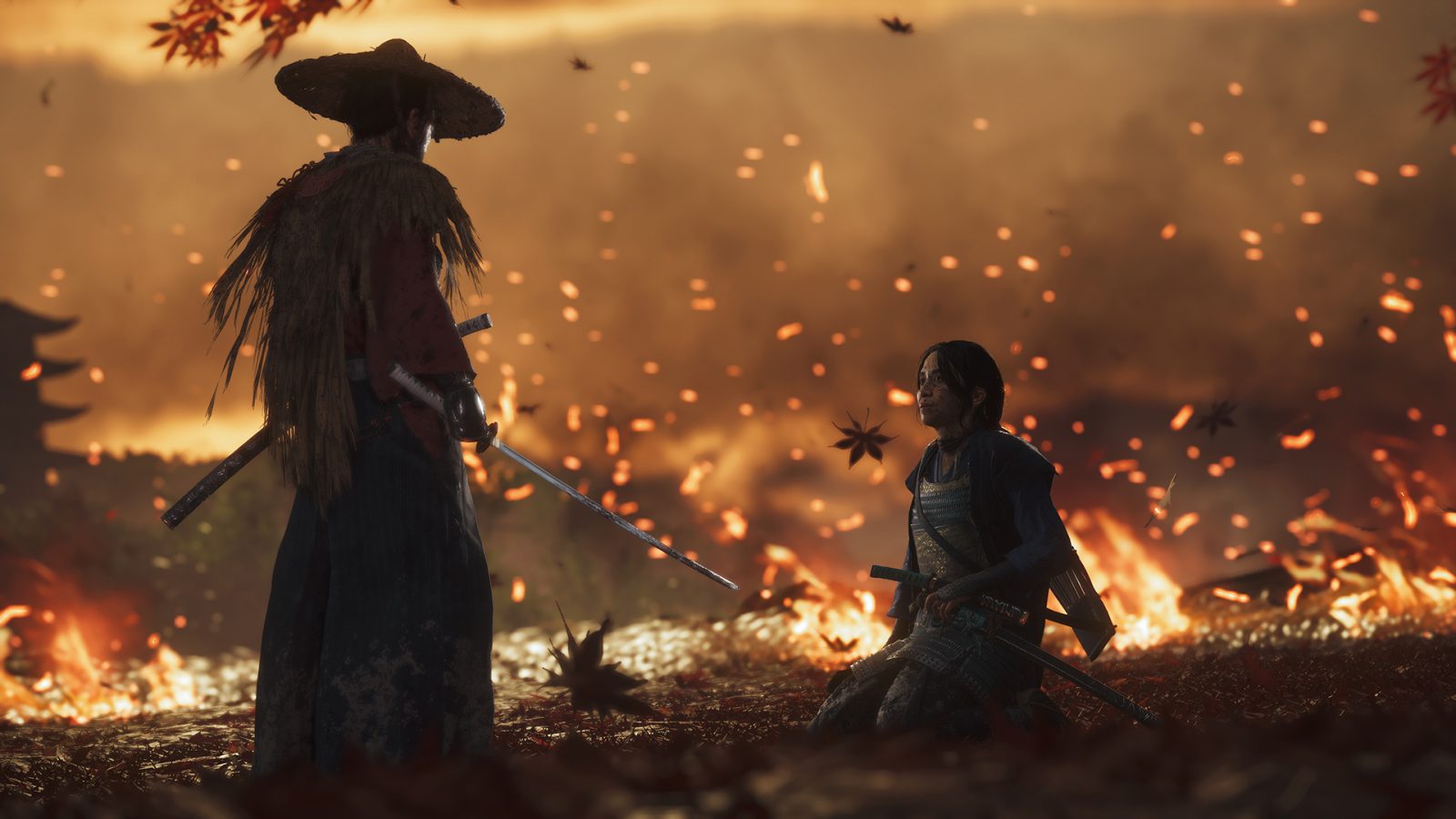 Ghost of Tsushima blew us away during the PlayStation presentation last year and there’s still so much information we need to know about this PlayStation exclusive. While Sony won’t officially be at E3, they are putting on a “State of Play” presentation after E3 officially ends on Thursday and given how much focus was put on the game last year, we’re hoping to see more out of this tale of the last samurai during the first Mongol invasion.

All we know currently is the premise and that the game will be an action-adventure stealth title. It’s also being developed by Sucker Punch Productions, who were responsible for the Infamous series and the Sly Cooper series. There’s also a possibility that the game won’t make an appearance at all, since it might not be released until 2020 at the earliest.

Officially announced last year at Bethesda’s E3 press conference, Elder Scrolls VI had fans begging for more. In the short clip we were given, we saw a vast, beautiful landscape, but got no confirmation as to where in the Elder Scrolls Universe the game would take place. The trailer was mainly designed to be an olive branch to fans, a simple reminder that Bethesda isn’t shifting away from single-player titles toward Fallout 76-like Games as a Service titles. That said, details about the experience are scant.

As far as additional information, it would be a stretch to assume we’ll see anything. Starfield, another highly anticipated game from Bethesda, has just been confirmed to be released before Elder Scrolls VI. Given the usual Bethesda release cycle along with both titles being confirmed to be next gen releases, it would appear that fans will have to wait a while longer for anything Elder Scrolls VI related. Let’s hope we’re wrong on this one. 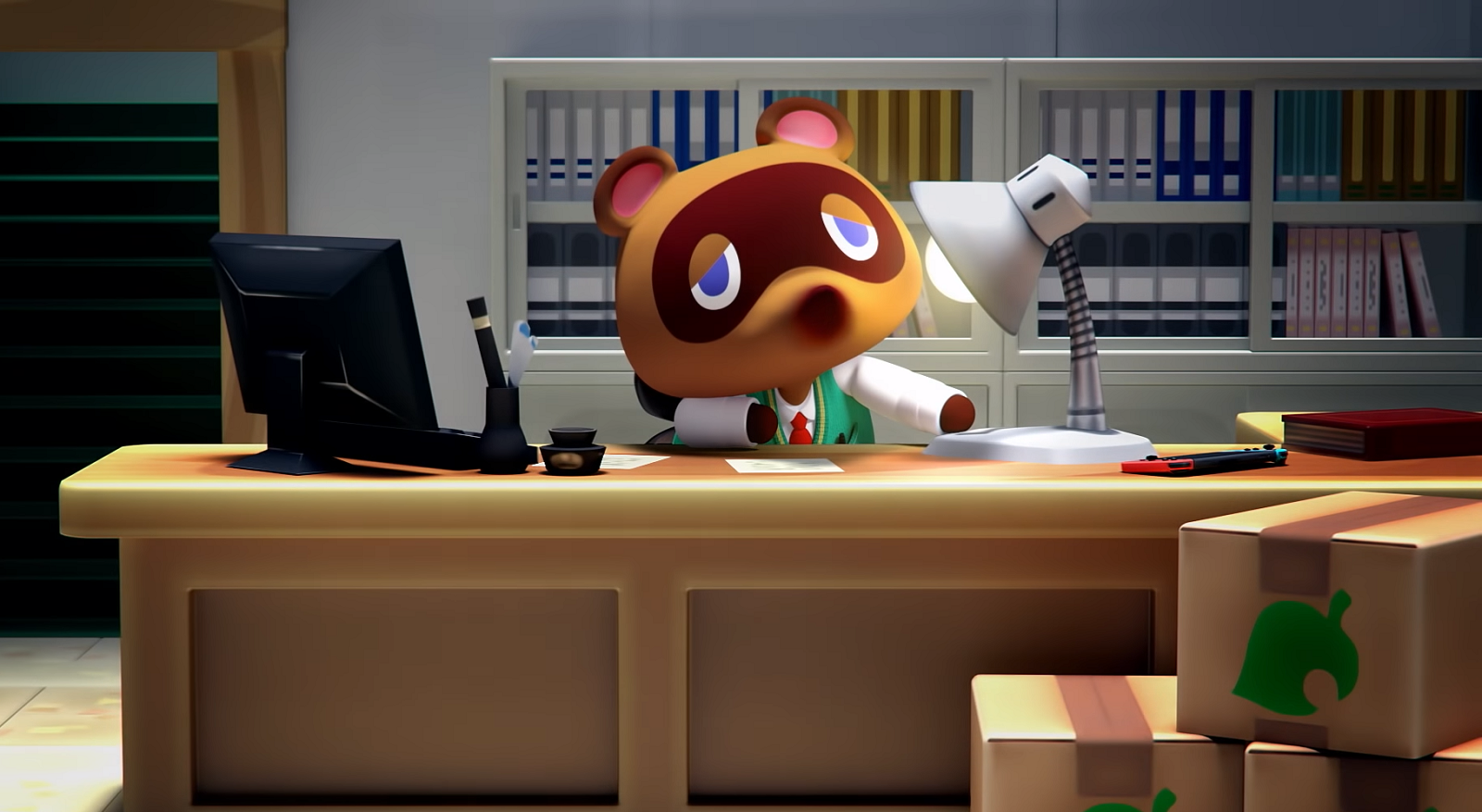 Announced in September of 2018, we haven’t heard anything about the upcoming Animal Crossing Nintendo Switch title. It’s all been but implied that the game is going to be a core entry and not another console spin-off like 2015’s Animal Crossing: Amiibo Festival.

With Nintendo focusing more on their online platform for games such as Super Mario Maker 2 and Super Smash Bros. Ultimate, there’s a chance online will be a huge part of Animal Crossing Switch as well. At the beginning of the year, we made a wishlist of everything we’d like to see in the upcoming Animal Crossing Switch. You can check that out here.

This title that was rumored ages ago for an E3 2018 reveal, but that never came to pass. If real, it’s expected to be an adventure-racing game in the vein of Diddy Kong Racing set in the Star Fox universe and developed by Retro Studios. These rumors have gone back and forth for over a year, and to this day, we’re still not sure how much weight any of them held.

Still, we know that Retro Studios was working on a project after Donkey Kong Country: Tropical freeze released in 2014 and they only took over development of Metroid Prime 4 in January 2019, meaning Star Fox Grand Prix could have been their mysterious project in between.

If real, we’re hoping for a racing-action hybrid, since it isn’t Star Fox without a little arcade-shooter action. Hopefully, the whole cast throughout the entire series, not just characters from Star Fox 64, will make an appearance. 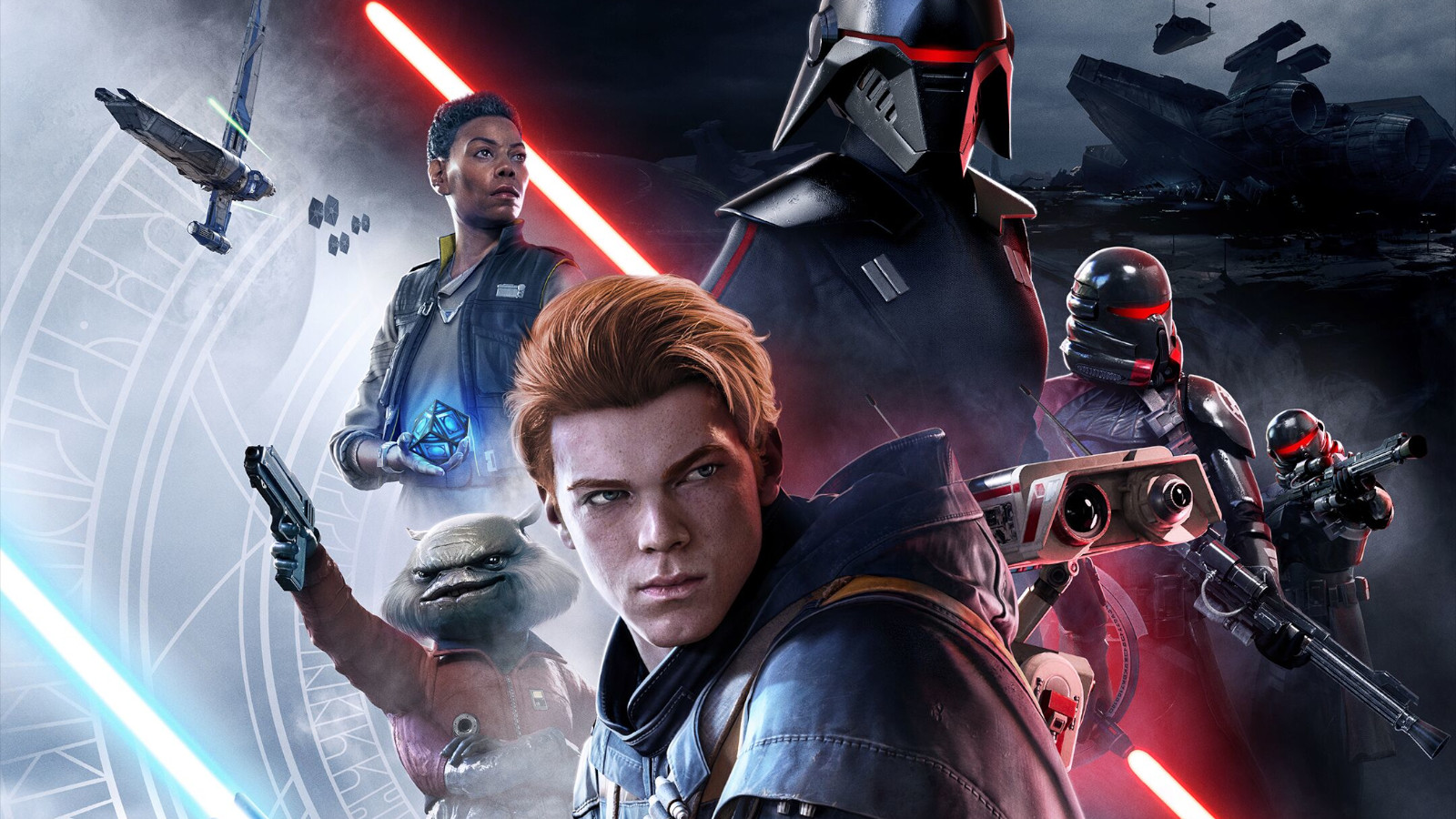 Respawn’s first shot at the Star Wars franchise is slated to come out later this year and hopes are high for a release that just might break the mold on EA’s handling (or mishandling, as you might consider it) of the Star Wars franchise. Respawn has proven itself at the same time to be consistent yet flexible, making huge strides from its predecessor with Titanfall 2, and taking the world by storm with the surprise release of Apex Legends. Both were, after a fashion, sci-fi action titles, and Respawn might be in the perfect position to deliver a satisfying single player experience in the Star Wars universe.

Promising fans a single-player experience with no microtransactions, further details have been sparse, but we are hopeful. More details on the nature of gameplay and direction of the story will be a great encouragement. Most exciting yet is the unrevealed mystery underlying the game: how is EA planning on undermining Respawn’s successes and further disappointing the audience?

One of the more recent surprises coming from Nintendo and PlatinumGames, Astral Chain, is even more surprising since we’re coming up against its announced August release. While there was a big chunk of story and gameplay unveiled at the time of its announcement, there’s still a whole lot of stuff that could be shown here.

Considering that Astral Chain isn’t the only PlatinumGames title in the ether right now, we also wouldn’t mind more details regarding the status of Bayonetta 3 other than “coming out next year”. With the two projects going hand-in-hand, it would be a wonderful idea to showcase more of both titles at this year’s E3.

E3 2019 is already off to a compelling start with the world learning more about Google Stadia and everything that comes with it. We’ll have more coverage throughout the week whether it be news from the event or hands-on impressions. Stick with Gaming Trend this week for more information coming out of E3 2019.