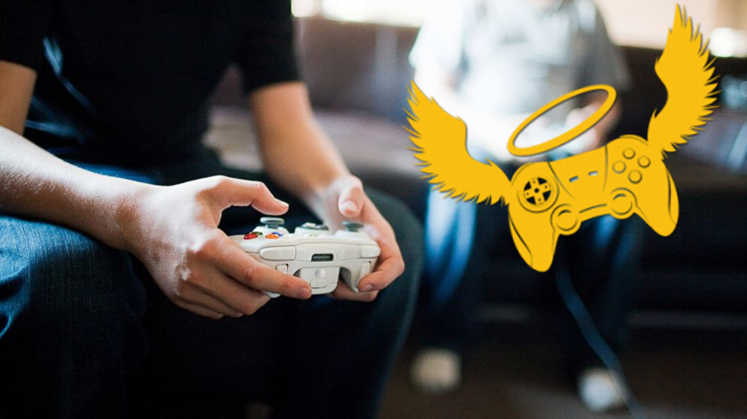 Video games and children’s charities go together like lamb and tuna fish. In recent years, as the Internet and social media have blown up, gamers have come out of their “social basements” and adopted Twitter handles, Facebook pages, Twitch streams and YouTube accounts to express themselves and share their thoughts and feelings with other like-minded individuals across the world. Granted, some of this newfound power has been abused by a few vocal and hateful people, and the GamerGate debacle is ongoing, but it’s important to remember all the good that gamers are using the Internet for.

Extra Life is a non-profit charity organization that gives gamers an outlet to play and stream games for 24 hours, all while raising money for the Children’s Miracle Network Hospitals. It’s a wonderful example of how gamers can show the rest of the world that we’re not all about hate and violence, but that the majority of our community wants to make gaming about providing joy and entertainment to everyone, and giving back to those in need.

Some of our GT Staffers are participating in their own Extra Life streams, while the rest of us will be there in spirit, donating and playing ‘til our hearts’ content.

I’ll be one of the intrepid souls playing for 24 hours this weekend for Extra Life! I’ll be streaming my gameplay live at www.twitch.tv/seamoosi, and all donations will go to Dell Children’s Medical Center. It’s a fantastic charity that I’ve supported every year since I’ve heard about it. Hopefully I won’t pass out, as this is my first year doing the full 24 hours solo.

As far as games for the stream go, I’ve got the Legend of Korra game to play through entirely; I’ve heard the bad reviews, yes, but I’m a huge Korra fan, and if it’s bad I want to find that out for myself. I was contemplating a run of Dragon Age Origins, but after looking up how long it took me to beat it the first time, that’s probably on the backburner for a later date. I’ll be playing some Dota and Hearthstone, however, and might even boot up some classics from my youth that I never beat. Monster Rancher Battle Card Episode 2, Ape Escape, and I might even hook up my Rock Band drum kit for some midnight jams. Tune in and donate, it’ll be fun!

This weekend, I’ll be doing my best to fit as many games in as I can between birthday parties and Halloween get-togethers. I have a Destiny raid scheduled for Sunday night, and I’m excited to see that for the first time. I recently bought Costume Quest 2 and got an or hour or so into that, so I’ll be looking to finish that up sometime soon. If you’ve played the first Costume Quest, it’s more of the same with just a few minor improvements. Finally, if the time permits, I’d like to take a big chunk out of The Evil Within. Up to this point, I’ve online played the game a chapter at a time, but I want to turn the lights off, crank up the surround sound and really get into it for a few hours.

Since Destiny launched, I’ve been finding it difficult to play any of the other games that I bought this month, which lay untouched in a pile. But after finally completing everything I can think to do in Destiny, I’m going to dig in to some of the awesome titles that have launched recently, including The Evil Within, The Walking Dead Season 1 & 2 on NextGen, Metro Redux, Alien Isolation, Fantasia: Music Evolved, Project Spark, and probably about ten other titles that I can’t even recall. It’s ambitious, I know. But this weekend happens to be one of the few weekends that I have almost completely unbooked, and so I am using every minute of it to catch up on my gaming.

I also am in the middle of reviewing Shadow Warrior, for the Xbox One, which has been an absolute joy to play so far. I’ll probably finish that game up and get to writing. Shadow Warrior comes out today, so I’ll try to get my review up as soon as possible for all you curious readers!